Spooky actions @ a distance in threes

Call it crawling towards our quantum computer but we are getting there.

Article can be found here.

As if it weren’t hard enough already to imagine it in twos, physicists have entangled three photons with each other. Entanglement is a counterintuitive quantum physics phenomenon, in which a particle influences all the others with which it’s entangled – even if the particles are far apart. If one particle is in one state, for example, the others might be in the same state. In this case, however, each photon, which is a particle of light, had the same polarization – either horizontal or vertical.

Usually, it’s easier to entangle only two photons at once. A few research labs, including this team, have entangled three or more photons before. This new effort created triplets that were more stable than previous entanglements, however. That stability means the entangled photons are one step closer to practical use (although they’re still a long way from that). Researchers are hoping that in the future, entangled photons might work in quantum computers, or in communications technologies.

To make the entangled triplets, researchers from Canada, the U.S. and Sweden started with a single blue photon that was polarized both horizontally and vertically. Being able to hold two states at once is another property of quantum particles, and it’s why computer scientists are interested in quantum physics. Particles that are able to hold two states at once potentially can hold more information than classical computers with machinery that can only hold one state at a time.

photo of a photon-detecting chip
Photon Detector
The physicists used chips like this one to detect single photons of light.
Verma/NIST

The international team published a paper about their work this week in the journal Nature Photonics.

Something I hope to see gone very soon.

I so can’t wait for Davids solution

Beside the pay wall, you have to fill out a lot of details, Americans only address scheme and you can only pay with a credit cards. I’m so tired of these old world ways of doing things and the scientific publication industry is so ripe for disruption.

At least some good news too:

The American Physical Society (APS) and The European Organization for Nuclear Research (CERN) jointly announce a partnership to make all CERN-authored articles published in the APS journal collection to be Open Access. Articles in APS' Physical... 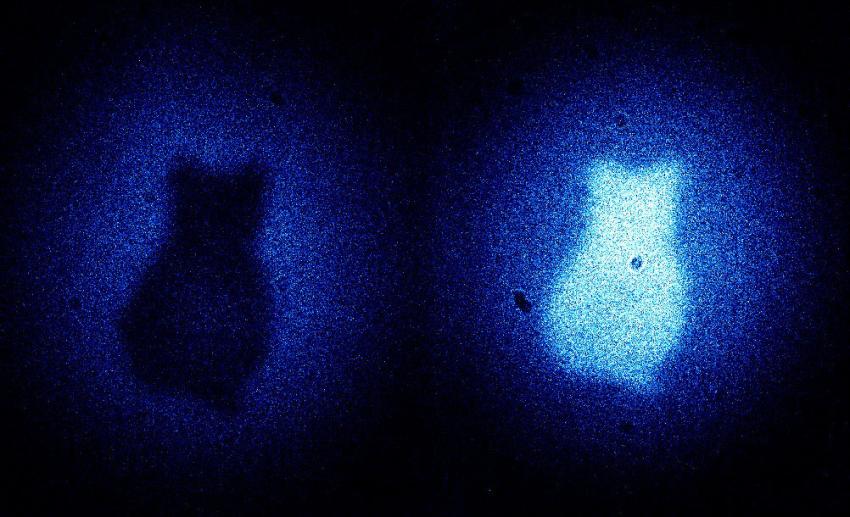 Researchers from the Institute for Quantum Optics and Quantum Information (IQOQI), the Vienna Center for Quantum Science and Technology (VCQ), and the University of Vienna have developed a fundamentally new quantum imaging technique with strikingly... 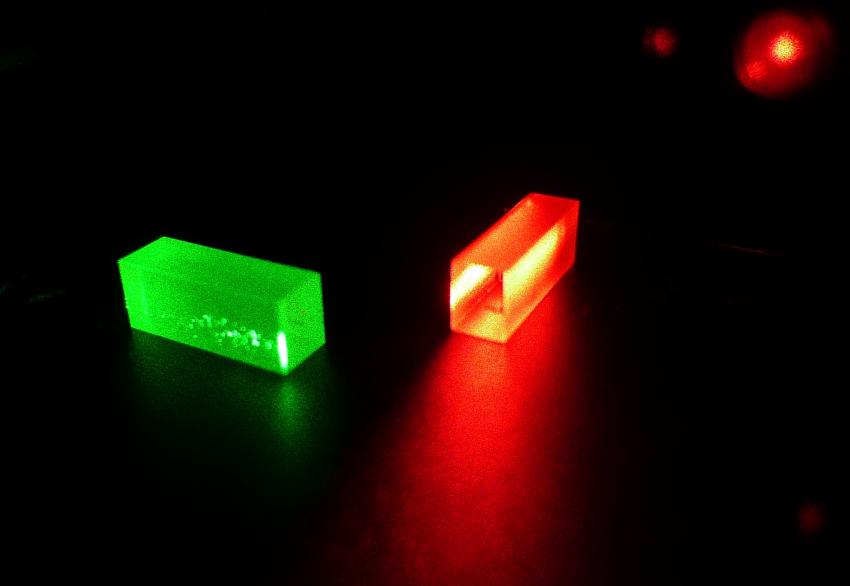 Physicists at the University of Geneva have succeeded in teleporting the quantum state of a photon to a crystal over 25 kilometers of optical fiber.

Maybe it wasn’t spooky at all. Apologies to the Feynman fans, but this might be a small embarrassment for your man. Feynman Bohr & von Neumann v Broglie Bohm and Einsten.

Who would you bet on?

Looks like it could be possible to model quantum effects using classical mechanics after all, from wave particle duality to entanglement, it just might all be particles and pilot waves.

Delighted Mark, Now I can forge on with my debate about speed of light being a constant. I believe it’s not. Great article, Feynman still rocks though

I think you’ve thrown that one in somewhere before. How long are you going to keep us in suspense?!

(all I will say is if it keeps accelerating then its hardly suprising far planets are apparently more massive than we think). Anyway I am back to attack analysis now

Reading this changed my life. three years ago.

It prompted me to drop everything that I was doing at the time.

Yes lots of this about, it challenges everything and its brilliant that it does. So much for us to learn.

Wasn’t it followed up and shown to be flawed? I can’t remember the explanation, but pretty sure. I had been excited by it too.

Yes, though the report of the flaw could be flawed (this is why I removed the article about the flaw);

Though after this I pursued a whole new paradigm, I chose science over finance. And during the new path I met, and encountered so much genius, and learned how many times the speed of light is possible with a steady acceleration.

There are more as muons travel faster than light from the atmosphere to underground detectors, they arrive before light from supernovas etc. Plus more ! it’s intriguing and fascinating to know what we know is flawed. Theories taught as laws are bad (quantum, relativity etc.) So much fun in life to analyse and discover new things. If we had time and peace then amazing things would happen.

Superconductor spaceship design from A. Bolonkin - he spelled out each technology that would need to be built to make a spaceship that absorbs energy from every band of electrospectrum + even its own kinetic energy. Pushing this ship off of a cliff would make it capable to fly anywhere forever, in any direction, and into any speed.

Lol… yes I was watching the experiment videos somewhere the other day too…weird. I’ve read it twice but not sure what I think about it yet really.
I know nothing of pilot wave theory though, only Copenhagen Interpretation but I will learn more about it though definitely.
Feynman would only be wrong in saying double slit experiment couldn’t be explained classically though wouldn’t he, not anything else?
My current understanding is nothing with mass can travel faster than light (not sure about massless particles debate - I need to learn more), I thought it was mainly down to the E=MCsquared - ie the nearer the speed of light attained, then mass increases etc - therefore not possible - things become heavier rather than faster in a way…open to having mind changed though…Hey what do I know , I’m a decorator? lol
I’m pretty sure Neutrino thing was measuring equipment problem though and anything going faster than speed of light would be massive news…any links? This would also contravene Kafir’s Unified Field Theory too, so unlikely…lol

“Hopefully this technology won’t be in the peoples hands for at least say, 15 or 20 more years. The reason? I am a computer programmer and I want to retire before I have to get into all this crap. People thought the emergence of C++ and Net Centric computing were complicated lol wait until you have to learn to write a program in a world where boolean isn’t boolean anymore…”

Finally some sense to this quantum mumbo jumbo many worlds parallell universes brainwashing.

al_kafir: quantum computing is an equally silly idea. It is all smoke and mirrors, with either fraud or theory so deep the scientists don’t even know what they are supposed to be doing. All current quantum computing experiments that were purportedly successful have in later analysis turned out to be classical computing.

I believe the whole quantum branch of physics is just an elaborate scheme to distract scientists from doing actual science. Or a case of science devolved into a religion.

If even one entanglement had actually been done, then we would have superluminal information transmission capability. But we don’t and the excuses just keep on piling on.

Did you ever take Math?