Zombie state-owned enterprises are now models of good governance and the Fed is a model central bank.

Betterthantrav is partially right-- there’s certainly some decentralization in China’s secret sauce. And if you don’t think they’ve got secret sauce, well then you haven’t been there. They’ve lifted 750-900M people out of poverty, created incredible cities, and somehow managed this sometimes because of their government, and sometimes despite of it. I think the years when Hu and Jiang were in leadership are pretty good examples of China run well-- they (for the most part) ensured that the government provided infrastructure and that the people could use it.

Janitor, you’re also right. A great deal of ridiculous stuff happens in China, like the GFW. The central government is the purveyor of this ridiculous stuff pretty often, but not all of the time. Please know this, however: The chinese do have a strategy of decentralization of power, and it did help their development.

They’ve lifted 750-900M people out of poverty, created incredible cities, and somehow managed this sometimes because of their government, and sometimes despite of it.

In my view citizens lifted themselves out of poverty despite the government (outright theft, corruption, wasted “investments”, and decades of theft via artificially low interest rates that stole from savers and subsidized exporters).

Sadly, it’s no different from elsewhere. The system is rigged to benefit the ruling class and their connected businesses.
American statists are praising the Fed, Chinese the CCP, European the European Commission, while everyone is getting royally screwed.

Decentralization is good. But the video is crap.

The video that appears to the left of the watched video, I found much more interesting - AC Grayling (the guy with the hair) - excellent short 3 min vid

I found the following video extremely thought-provoking and I’m in agreement with all of it really. It covers the history of authority structures in Society and covers different philosophical positions including Chinese philosophers, enlightenment etc. Really relevant for a number of threads, if not just to demonstrate where I’m coming from on various topics. Covers a lot of ground.

This expert mentions a highly successful state-owned company. Let’s see, how do they do that. Decentralization? No. Competition? Nope. Last chance… That’s right - the same corporatist model used by private companies in the US.
http://www.thestandard.com.hk/news_detail.asp?we_cat=2&art_id=144262&sid=41993107&con_type=1&d_str=20140407&fc=1

And fresh from the WSJ… 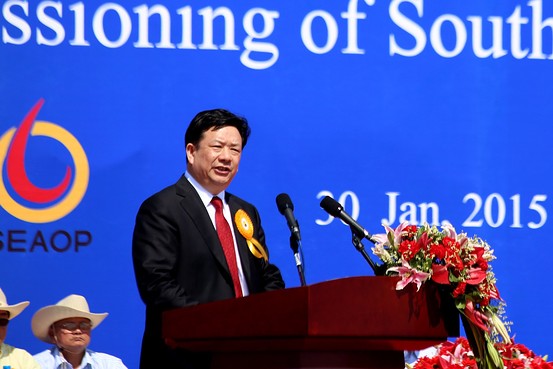 The vice chairman of major Chinese oil producer PetroChina Co. has been placed under investigation as China’s anticorruption drive continues to shake up its massive state-owned parent company.