Similar to Project Maelstrom, but OpenSource, works in any browser/os and allows dynamic websites. 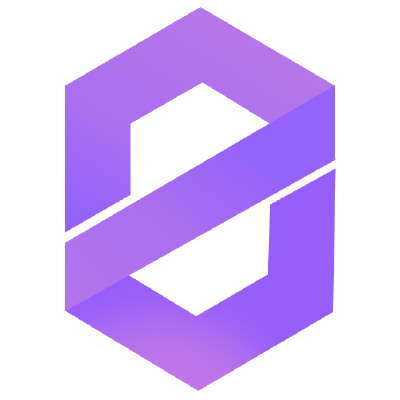 While we can’t know which projects will survive, I believe that .bit support will be one of important factors of success.

(And I therefore own some Namecoins).

It’s not that I don’t want to learn, but it sure as hell would be educational if somebody made a Youtube clip to show how to set up a Zeronet or Maelstrom site. But I guess it’s just me…

What I like about Ethereum, is that they are planning to make Codecademy like tutorials. I hope Maidsafe will go down the same road.

Since the last time I tried, I haven’t bother to try to setup a .bit website anymore. So good luck to whoever made Namecoin.

Zero net or Maelstrom: you just run it and copy your site to the folder which is shared, basically that’s it.

Namecoin: I don’t want to “sell” it, but it’s not hard. You start Namecoin-Qt and in the GUI enter your dot-bit domain’s IP address. That’s it. The hard(er) part is to make the damn site work with it. That is to say, in most cases you cannot have the site available as say .com and .bit, especially if you have SSL/TLS cert.
But the thing is for the Web dot-bit is optional, whereas for things like Maelstrom and Tor, if you don’t have it, you are predestined to endless re-bookmarking. Do you as a site owner want to tell people to go to djwofjc3urhs784idhfyrd4.onion, or 1shopping8djeidne.onion?
If Namecoin support is integrated, there’s little reason to force totally random addresses upon your users.
Namecoin isn’t the only solution, maybe it’s been progressing slowly, but it is reasonably good, IMO.

I’m don’t have any animation experience, but i’m planning to do a slideshow about ZeroNet site creation and how does it works.

Sorry for my late response

You could use something like capturewiz to record how you set up a Zeronet site.

Hmmmm I finally got to see a dotBit website thanks to this video:

If you also want to try it, install the chrome extension and type:
namecoin-info.bit/

Sidenote dotBit sites only work if you add an / after the .bit, always add it, or Google will just search for the .bit which it can’t find.

If Namecoin could add the infinity mode on domain registration, then it could end the re-registering of domain for once and for all.

Thanks I will check it.
At the weekend i created a small presentation about ZeroNet cryptography, site download, update method, multiuser sites and current status/future plans:

That’s very useful and readable, I liked it.

Multi-user sites are a nice feature. It’d be good to check which SQLite-based Web site s/w is available. I just googled for WP and amazingly it can work with SQLite as well (https://wordpress.org/plugins/sqlite-integration/).

Any plans to move to Python 3?

From your Github repo: “Impossible to shut down: It’s nowhere because it’s everywhere” - I like that.

That’s very useful and readable, I liked it.

Any plans to move to Python 3?

Python 2 is still faster and more supported than Python 3, it comes with every linux installation and has more mature libraries. (and has ability to compile it to native C code using PyPy)

Maybe later, if the protocol is more evolved it would be good idea to port it to more efficient language (C, Go, Rust, etc.), but we are far from it.

has ability to compile it to native C code using PyPy

py2exe works fine with Python 3.4 on my Windows box, I run several bitcoin-related programs compiled with it.

Native C would certainly be faster, but it’d be (for most people, anyway) fewer people who could understand the code and contribute/debug, although each project has its own circumstances.

Edit: yeah, 2.7 is fine, I was just curious because I’m trying to minimize my use of 2.7 although I recognize that overall it’s got a better reach and support.

If Namecoin could add the infinity mode on domain registration, then it could end the re-registering of domain for once and for all.

I didn’t read any discussions about why they do it the way they do, but I see at least 2 good reasons why domains require extension:

Because .bit support is becoming more available, that’s a big advantage for ZeroNet. Although it’s still easier to point your DNS to “centralized” DNS providers who also resolve .bit, Namecoin folks are working on making it easier and more convenient to use a DIY approach (without running a full node). Hopefully within a quarter or two .bit lookups will become even more convenient.

I haven’t thought about this yet, but I wonder if @nofish knows if ZeroNet could also use NameID for user authentication and identity management. That would be really cool.

Anything about it in particular that you find fascinating?

I’ve just read their summary of the project and tried it…
It’s pretty awesome, really … It runs very fast and the way the pages flow etc is a really neat internet experience…
If there will be a future with different internet’s, this certainly has the opportunity to be one of them.

Nice experience where the world is going and a cool feature also on “zeroid.bit”.

I just tried it again, it works great, they’ve made a ton of improvements since last fall.
They have forums, “mail”, and Tor support, and sites I tried are fast.
I see no clear way to deal with spam comments, but there are few users at the moment so it’s not an issue yet.

Their presentation on Google docs: https://docs.google.com/presentation/d/1_2qK1IuOKJ51pgBvllZ9Yu7Au2l551t3XBgyTSvilew/pub

If you want to post on someone else’s site you need get a “certificate” (your public address and username signed by the site owner or someone he/she trust), this allows to have control on new user creation.

I know that, but it’s a very manual process. Sure, it’s better than nothing.
I notice that anyone can register for ZeroID, which means spammers can create an unlimited number of new accounts.
Once they have better antispam measures it’s going to be great for social sites because it’s so fast and privacy is quite good (if one uses Zeronet over Tor.)

ZeroID has some simple js based anti-spam solution, but later it can be improved (eg. need an invite from an existing user, captcha, etc.).
A more decentralized, blockchain based solution would be nice, but I think at the current status of the project it would be a bad idea to make it harder to join the network. (eg require destroy bitcoin)

I used both ZeroNet and SAFE today.
ZeroNet has no setup, unless one wants to customize stuff, and in that case domain and Tor are approximately as complex as SAFE launcher.
Although ZN is a young project without any “investor” type of backing, it’s made awesome progress because it relies on established components (UNIX philosophy, which I’ve been arguing for here for 1-2 years now, in the areas such as name resolution, which ZN implemented correctly, via Namecoin).
Because of their approach, it’s going to progress much faster.

Based on my today’s experience with SAFE, we’re some 3 months, maybe longer, away from GA.

A more decentralized, blockchain based solution would be nice, but I think at the current status of the project it would be a bad idea to make it harder to join the network. (eg require destroy bitcoin)

I agree.
The nice thing about ZN is that it’s very open in the sense that anything can be integrated easily and sites can mix Internet and ZeroNet (static) content. So one day more blockchain integration is possible, it will be very easy to implement it in some sites, and not implement it in others.

By the way, I assume it’s possible to copy “sample apps” (such as ZeroTalk, the forum) to one’s site.
Are there instructions on how to do that? I looked at the docs and Github, didn’t find them.