Where do you see maidsafe in three years from now?

Realistically, in terms of development, price of a safecoin, where do you see the project in three years? Do you think we would be having everything in place?

Well the forum is dead quiet so I’ll play

Obviously this is pointless speculation and serves no purpose other than to relieve boredom, but as you all know I always have something to say and never shy away from making a vacuous post.

In my opinion this is very much an ‘all or nothing’ proposition. I don’t see much room for the middle ground myself. If it fails in any way on a technical level then I reckon SAFE Network will probably fail, even if the code then goes through other incarnations towards inevitable use-cases. If it actually does what it is supposed to do and it is robust then it seems quite likely the world will just have to adapt to it and it’ll be HUGE!

So, I’ll be an optimist and say that in 3 years SAFE could easily be breaking out of the confines of geeky and clandestine circles and into the mainstream. I’d hope that means it’s doing what is was designed to do which is empowering people. It should be hitting the press for facilitating freedom, efficiency and security in ways that bitcoin never could. The more you know about this project the more reasons you see for it to be a big hit with everyone, once people trust it anyway. Even governments (who will probably hate it initially) will eventually see that they want this kind of robust security and efficiency too. Our infrastructure needs something like SAFE almost as much as individuals do.

Three years is a long time, but it goes quick. I’d guess at a comparable market cap to bitcoin at the same point in time, whatever that will be ;). I certainly don’t think it will take a decade to spread as far as bitcoin has or to catch up with it. I think we should all be thankful that btc has helped pave the way for SAFE really. The whole crypto community will rally behind SAFE once they see and believe imo. The ideology underpinning it will drive a lot of passionate participation.

It’s pipedreams or moonbeams; either the rocket works and we’re all having tea & crumpets on the moon, or it blows up in our faces… and helpfully passes the lessons learned to the next attempt at this kind of radical, digital emancipation. We’ll get there eventually I hope. SAFE is the best shot we’ve had so far. I choose to be an optimist

This is total speculation from me based on little knowledge, though I guess that’s what’s being asked for

In 3 years, I imagine a stable & growing network that has been launched for around 2 years, with new features like compute either newly launched, or in development.

Safecoin is the easiest crypto currency to use and generate, and the Safe Network is the easiest privacy / security / freedom focused web (‘dark’ web) to browse and publish to.

Usage beyond concurrency enthusiasts & technology geeks, and the basis of Safecoin as the currency for Safe network resources has enabled Safecoin to become the first cryptocurrency to surpass Bitcoin’s market cap.

So, I hope something along the lines of the above happens, but of course, it could be far worse (network gains some traction before crashing and burning, losing significant trust in the tech), or better (mainstream usage pushes the network to be a ‘DAO’ that becomes the world’s most valuable ‘company’).

I’m looking forward to seeing the network unfold in the coming months and years. I hope for the best, but know there will be significant challenges on the path (as there has already been!).

I agree with @polpolrene 's ideas but think it will happen much faster.

Once it’s actually live and people can actually farm their disk space for cold hard useful money, this whole thing can take off overnight.

I think once it’s actually out and available, things will take off much much sooner than anyone is expecting.

Especially with extremely simple methods of instantly creating profitable apps, the incentives will be too strong for all the clearnet web services to not be replaced with much better / SAFEr versions overnight. True competition will once again exist, meaning SAFE apps will be far superior than the crappy corporate, slowly(if ever) evolving clearnet versions.

tl;dr everyone in the world will have economic incentives to switch over to SAFE ASAP, so I think it will go mainstream wayyyy faster than anyone else has guessed

If MaidSafe can deliver on the technology then I believe adoption will be a lot quicker than Bitcoin - and I’m an avid long time Bitcoin fan and holder.

Why? Because Bitcoin is about “money”, and because of that people are cautious. They are skeptical. They need time to trust it - the blockchain - with their money. Disrupting the financial/banking sector is a big ask and it takes time.

But MaidSafe is offering a very different product, although it includes a cryptocurrency. MaidSafe is offering something people will want to download and try, people who won’t be afraid to try messaging, website browsing and all other internet activities on this revolutionary alternative internet.

When you add in the process of “farming”, the ability to earn Safecoin by contributing resources to the network, you have a very powerful viral incentive engine that I believe will in fact drive adoption.

I have Chinese friends who get this. They immediately see the benefit and can’t wait to try it out. That market alone will push MaidSafe into the public eye.

So if the technology works as indicated, then the sky’s the limit.

Once it’s actually live and people can actually farm their disk space for cold hard useful money, this whole thing can take off overnight.

I remember KazaA coming by in 2001. That was like, really fast adoption. So yes, adoption of SAFE for P2P could be quite fast.

everyone in the world will have economic incentives to switch over to SAFE ASAP, so I think it will go mainstream wayyyy faster than anyone else has guessed so far.

You may well be right, this certainly has the capacity to go viral. It has all the ingredients for it.

Yes me too. I was saying it would only take 3 years from now to be at parity with btc cap then. So if btc has broken out to a $60bn or so cap then I’d see SAFE at around the same size and ready to overtake it.

I absolutely agree that it could be much faster. My 70 year old mum has never used bitcoin because she can’t be bothered trying to do bank transfers and learn how to store them etc. When SAFE launches she will be farming because I will tell her to. Then she will be using her safecoin to download whatever rubbish film she wants to watch, or to save more pictures of the grandkids or her cats dressed up in stupid costumes. SAFE is nothing like BTC. It is immediately useful to everyone with no barriers beyond being connected with your own hardware.

I guess we’ll see soon enough. I obviously hope the most optimistic prediction falls short, even if I’m used to being conservative with my own

Also there’s the political angle to consider. People are being censored and oppressed the world over. Give them a venue where they CAN’T be censored and have ultimate free speech and freedom of expression and can communicate with one another world wide and they will come in droves.

I predict Maidsafe will still be in Troon, but the SAFE Network will be everywhere!

We all hope for the best for SAFE obviously, but really it is hard to say. The point that I wanted to make is that even with SAFE network launched and running properly by that time, I don’t think it is a given that it will reign supreme as all of the replies to this point have said. There are other projects working on decentralised internet solutions as well (I’m thinking mostly of Ethereum and associated projects). At this point I would say that those projects have more attention actually, so it is possible that they win the battle.
Maybe the most user friendly solution wins? Maybe the first to market wins? Maybe multiple approaches can all win? Too hard to say IMO, so I diversify.

I see, the GCHQ interrogating the creators. The creators getting cold feet - killing the network. Realistically there is no way the network will remain, if it stays in the UK jurisdiction. It need to embrace the flag of Zambia or something.

The creators getting cold feet - killing the network.

How would they kill the network? Maidsafe can’t turn it off or destroy it once it has launched. The only way would be to cut the power or internet in every country in which people are using it. Or make it illegal [everywhere?], which has never stopped anyone doing anything anyway - especially if they feel confident they won’t get caught. Even the great firewall is no match for safenet

If anything, making it illegal whilst being unable to turn it off would probably draw more attention and more users to it.

It need to embrace the flag of Zambia or something.

Or have partners in Asia for instance

Plus developers in many other countries. This will be key to long term capabilities of the network.

On a serious note though, a network that’s highly immune to cyber warfare and more is probably not something the world as a whole would wish to not have. It makes a lot of sense to actually protect data and communications. For sure it will be interesting, 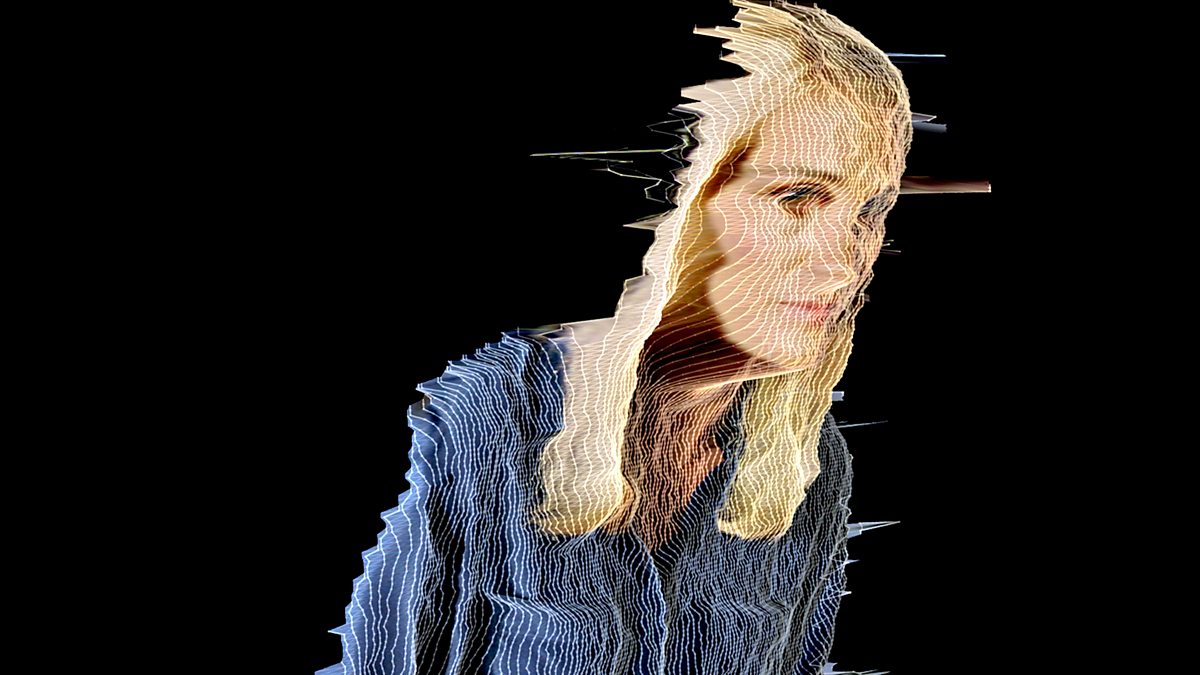 The computer malware allegedly unleashed to destroy part of an Iranian nuclear facility.

Thanks for that input. What decentralized projects in particular do you invest in?

I was referring mostly to Ethereum. It will have Swarm distributed storage built in. There will also be the competing IPFS hosting incentive FileCoin built on Ethereum. That one hasn’t launched yet AFAIK. The other thing that Ethereum has covered is the processing side of things in the form of the Golem network. Those GNT tokens are trading now, but the network itself hasn’t launched.

The big advantages that I see to the SAFE network are that it should be pretty easy for the user to use, has scalability, speed of transactions, and privacy all inherent to its design.
The things that give me pause are:

Like I said before, how this will all play out is pretty cloudy to me. But it does seem obvious that something big is afoot!

Imo, the blockchain will not scale anywhere near as well as safe network will. Safe net should get faster and more reailiant as more nodes are added, where as blockchains only gain resilience. There may be some tricks to make this less of a problem, but it is a fundamental difference in how consensus of events is achieved.

Blockchains may be decentralised, but they are not distributed (edit: as in, work is not spread between different nodes). This is useful for providing a public sequence of events, but it is not useful for anonymity, nor scalability.

Personally, I think it just boils down to whether safe net can work as defined. If it can, it will surely dominate and replace the blockchain for the majority of use cases. Maybe ethereum will tough it out until safe net gets distributed compute, but all bets are off if/when it does. The technology is simply orders of magnitude more advanced (albeit with a complexity to match).

It will be almost ready by then.