This post was flagged by the community and is temporarily hidden.

It puzzles me that we’re on 1

(iss), but still most of us are singing this song 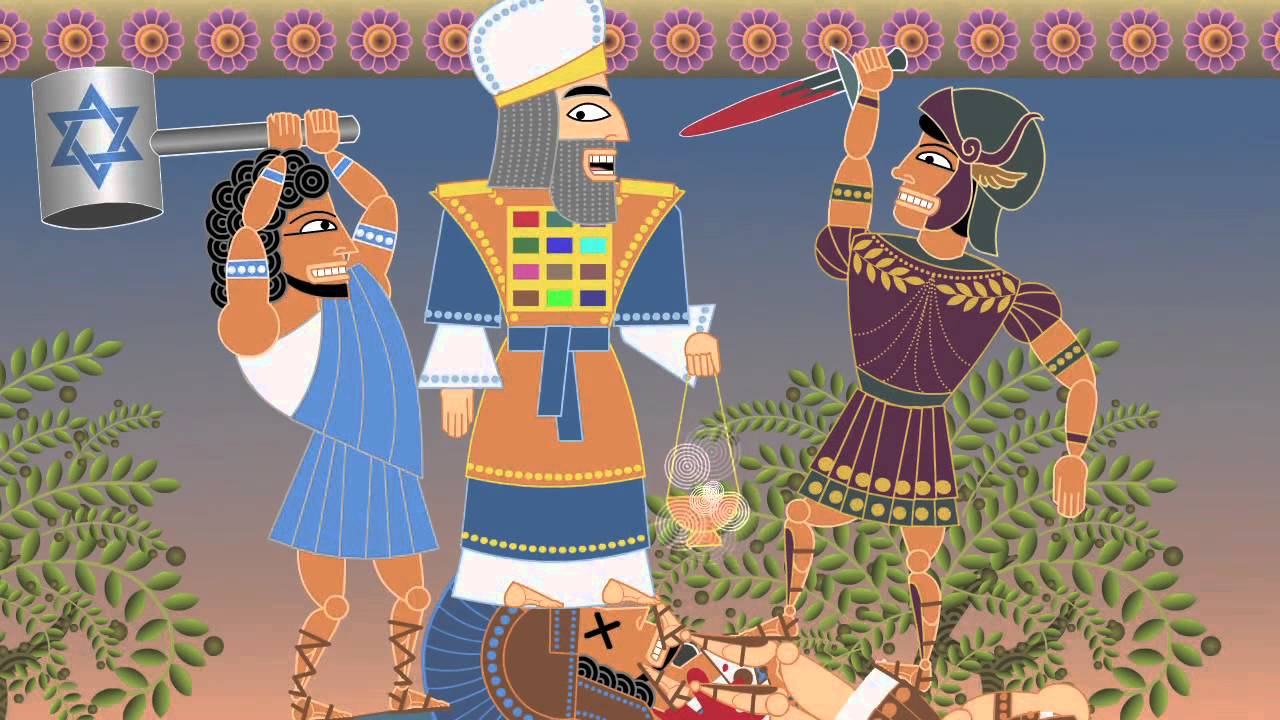 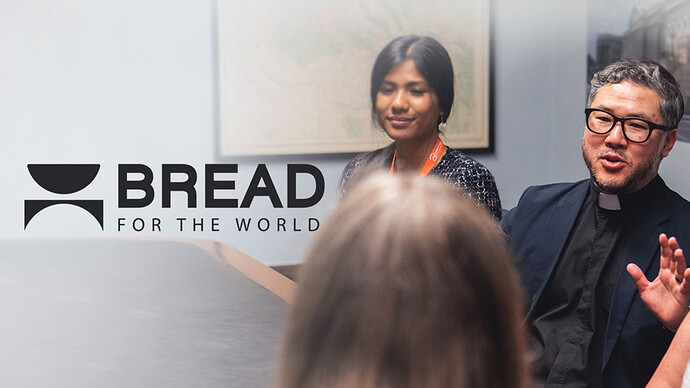 Hunger Explained | Bread for the World

Learn some of the most common myths about hunger, why we’re motivated to end it, and what it’s going to take to eradicate hunger around the world. 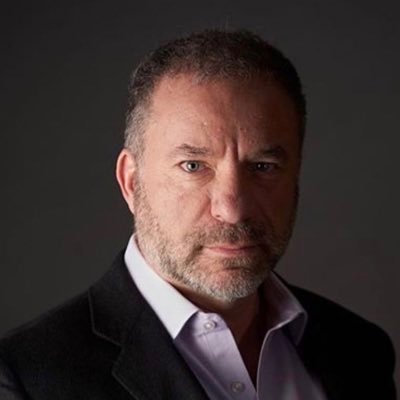 PayPal have joined the “The Party” . Seems they have deleted a lot of accounts that don’t follow the political narratives

Play The Descent of the Serpent, the first video game from Google Arts &...

Unlock the mysteries of ancient Mesoamerica with The Descent of the Serpent, the first platform video game from Google Arts & Culture. 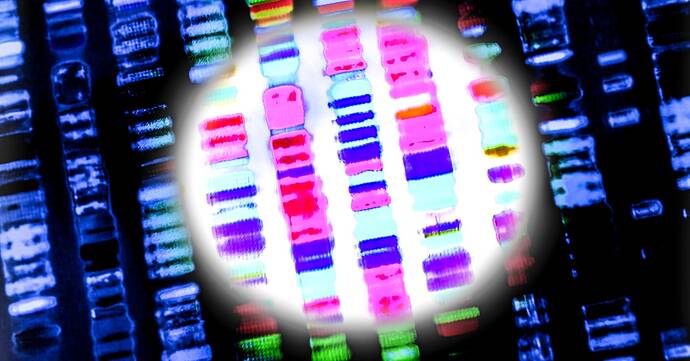 The technique had largely been limited to editing patients’ cells in the lab. New research shows promise for treating diseases more directly.

Paypal were part of the extrajudicial blocking of donations to Wikileaks - a registered charity, and journalistic organisation - in and around 2010 I believe, 12 odd years ago. This happened during the reign of well-loved talk-show guest Barrack Obama’s presidency.

When a payment processor blocks donations to a journalistic organisation presumably after a few handshakes between economic and political elites behind closed doors, I think it’s fair to consider that institution partisan. Certain considerations about the nature of state and corporate power could be inferred from this, but at the very least, acting surprised that Paypal is a political and ideological institution seems a bit much. 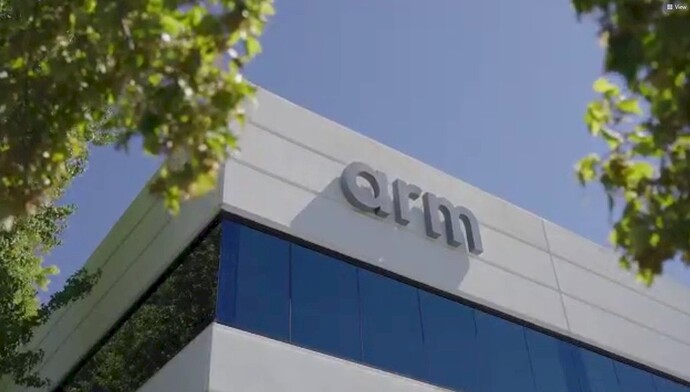 When computer architectures change in the datacenter, the attack always comes from the bottom. And after more than a decade of sustained struggle, Arm Ltd

If Arm’s licensable technology is a parallel to the rise of RISC/Unix, then perhaps RISC-V, which has an open source instruction set and logic blocks, is analogous to Linux. Arm may be set up for a good decade long run in the datacenter, at the edge, and in our client devices, but watch out for RISC-V. Ten years from now, we might be writing the same story all over again, with one more historical ring wave added. In fact, it is hard to imagine any other alternative on the horizon.

We’ll speak again in 2032 and see how this all turned out. 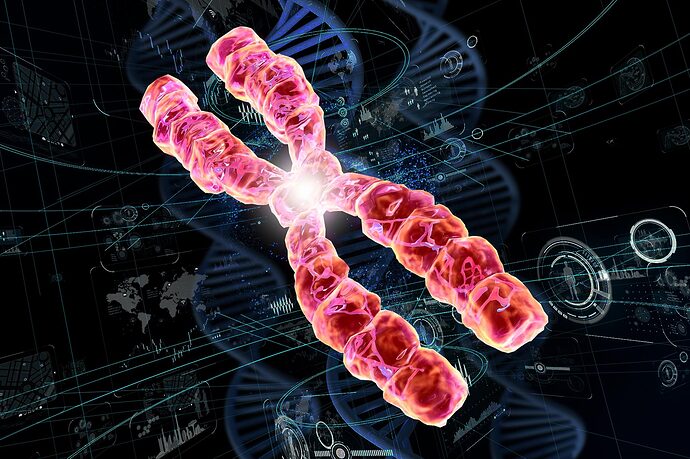 Can We Live Longer? Physicist’s Breakthrough Discovery in Genetic Protective...

Researchers have discovered a new structure of telomeric DNA with the aid of physics and a tiny magnet. Telomeres are seen by many scientists as the key to living longer. They protect genes from damage but get a bit shorter each time a cell divides.... 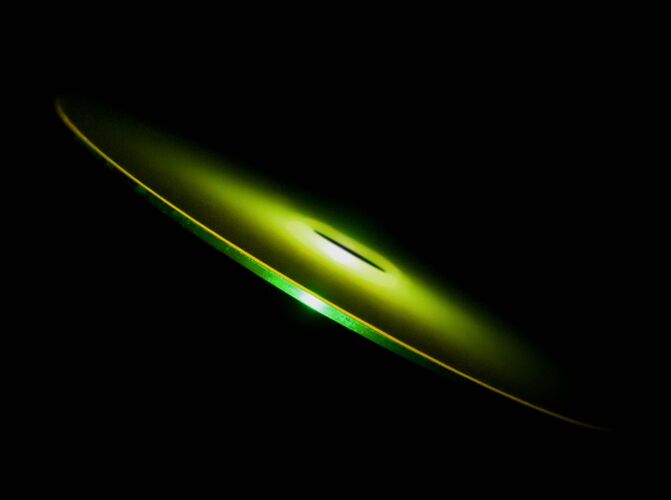 Exclusive: An interview with Steve Santamaria, CEO of Folio Photonics 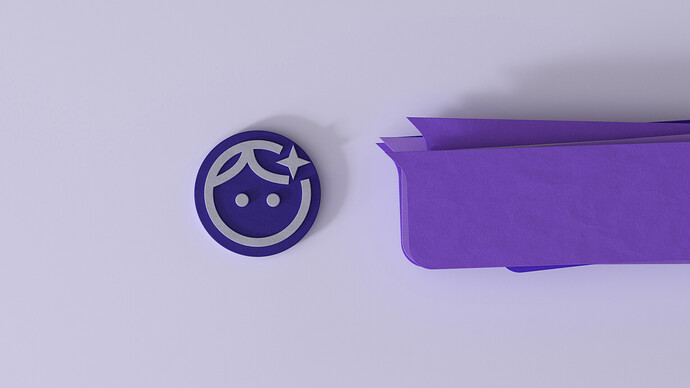 In our latest paper, we introduce Sparrow – a dialogue agent that’s useful and reduces the risk of unsafe and inappropriate answers. Our agent is designed to talk with a user, answer questions, and search the internet using Google when it’s helpful...

Watching new “Andor” series and have to say the production quality is better than previous SW series, but more importantly, the writing and direction are FAR better. The occasional random Scottish accents though are a wee bit off the mark 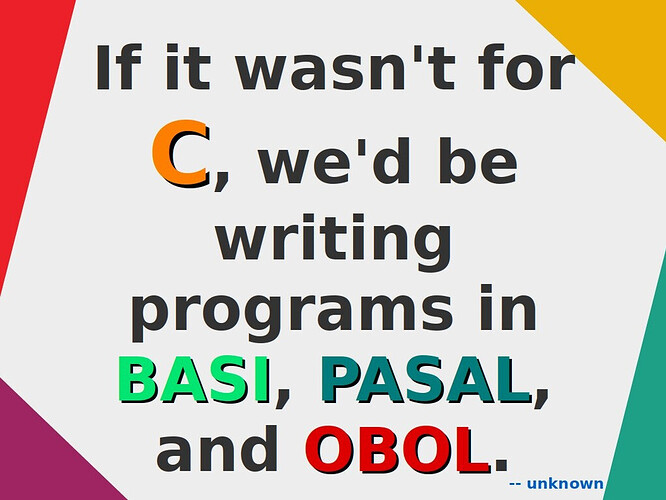 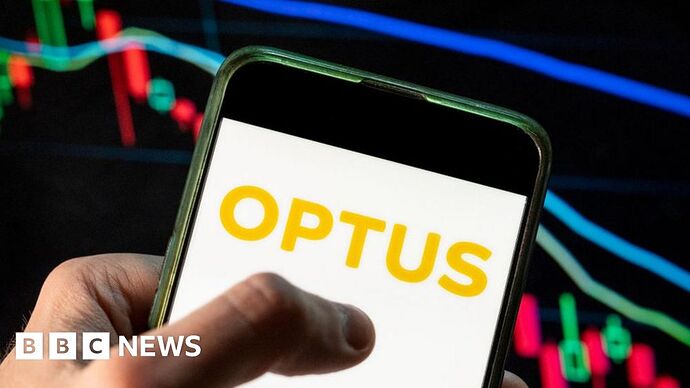 Optus is looking into the unauthorised access of data including names, addresses and passport numbers. 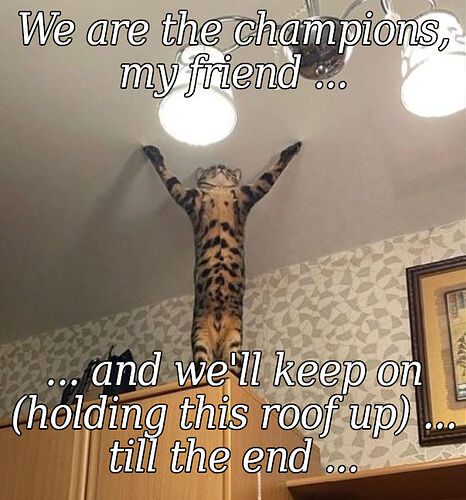 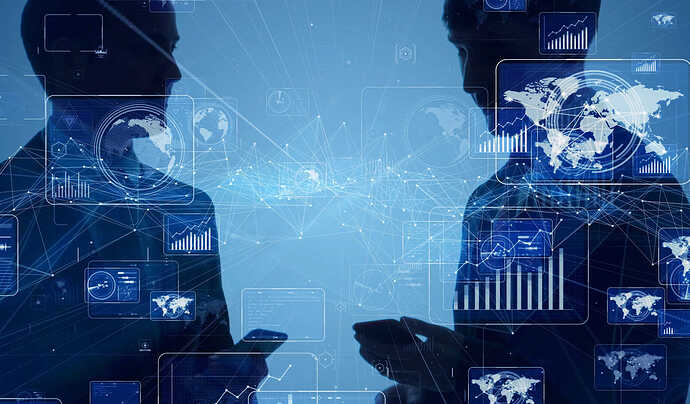 How Could We Have Been So Naive about Big Tech? ⋆ Brownstone Institute

There is no doubt about the symbiotic relationship between Big Tech – the digital communications industry in particular – and government.

… and big corporations in general (servants of the State) … I lost my innocence back in the 1990’s working for a tech company. After much research it became clear to me that publicly held companies are only able to compete (survive) by being ‘evil’ (what most would consider evil anyway).

Corporations have a fiduciary responsibility to their shareholders, but they also have competitors who WILL DO what they won’t. Further, stock holders don’t care if corp execs are evil or not as they are protected by limited liability laws. Hence public corps will do whatever it takes to benefit their shareholders. Of course many public corps execs also hold large amounts of stock which makes it worse.

If they can find a loophole, discover a way to commit fraud and get away with it (or only get a slap on the wrist), or even out-right steal … public corps will do it.

Adding to all of this is the fact that stock markets the last 40 years have been defacto pyramid schemes via semi-coercive superannuation schemes forced upon workers by the State. These stock markets are highly regulated by the State and only allow a few companies in the door - thus driving (coercing) the masses of all workers to invest in a limited array of insider controlled companies.

Private firms are not immune either as they still have to compete with the bad ones … but while they do have fewer pressures put upon them, there is far less investment money available to them – as it’s being forced into stock markets.

The worst issues here though all stem from the State. Human nature is what it is and won’t change, but having laws/regulations that grant limited liability to shareholders and limit the companies that can be publicly traded destroys capitalism for the masses and only allows it for the elite … which is functional fascism.

Bring out your dead? tracking the living??
Most every UK stamp now with a barcode and vague reasoning for modernisation.

Interesting stuff. The merge is akin to a bitcoin tenthing (not halving as BTC does). ETH growth rate is now 0.3% to 0.2% per annum. Much lower than BTC’s rate. BTC’s next halving isn’t for well over a year from now - 520-580 days.

This could be a huge advantage for ETH over BTC for quite a long while. 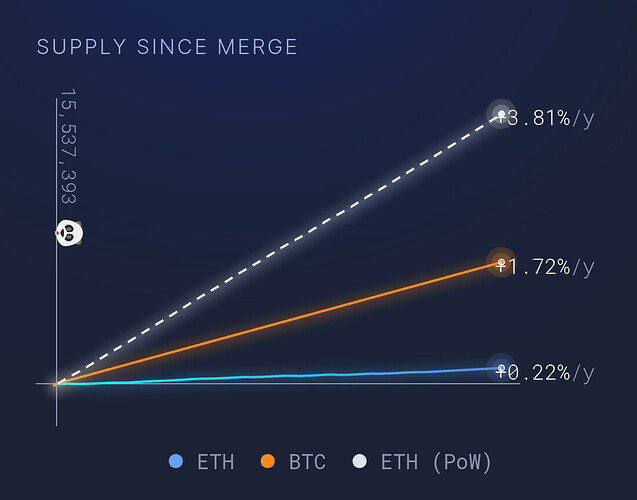 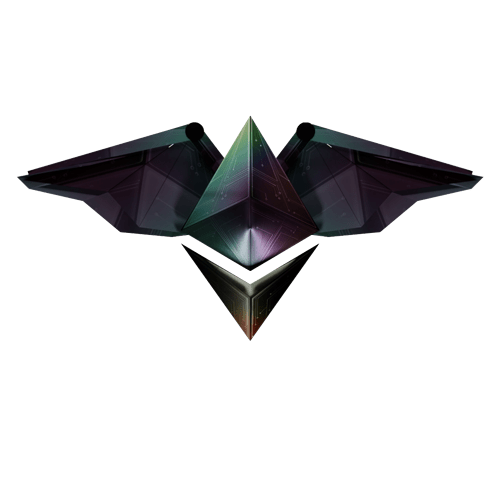 They will be using the Ethereum platform for this test run. 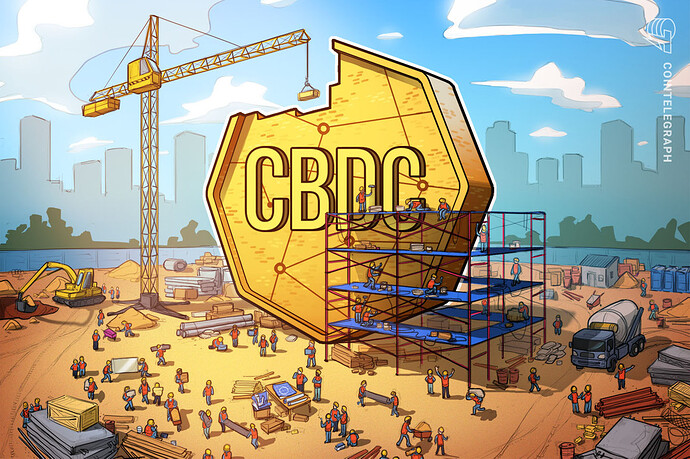 The RBA will be responsible for the issuance of eAUD, while the DFCRC will oversee the development and installation of the eAUD platform. 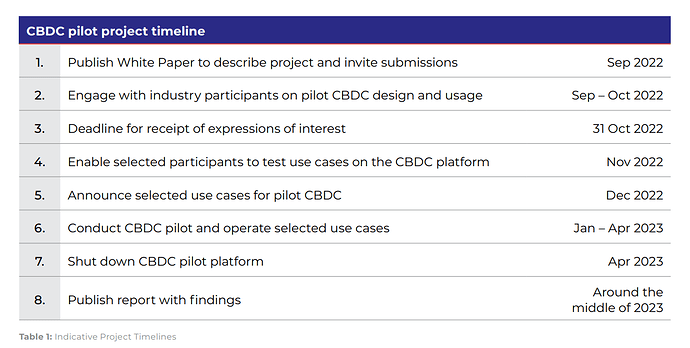 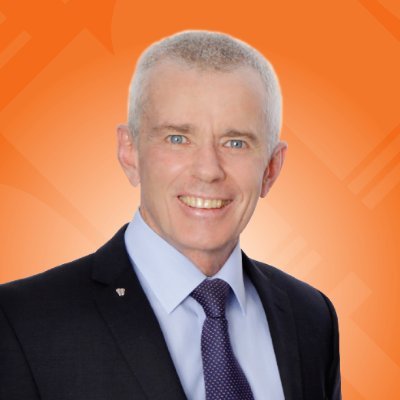 I watched this a couple of hours ago -really going viral I think. We will see what the real truth is from her administration in time. Words are just words after all.

If she could lose all this God, Christianity crap, I could almost find myself agreeing with her.