the General Index can be downloaded by anyone with a fast enough Internet connection,

mav started a thread to collect this kind of stuff.

Doge coin up huge this year

Shibu Inu now up huge the past month

I mean, who doesn’t want some of that cute puppy!

BTW, I’m serious! This would be great marketing for the masses who don’t get the tech right away.

edit … blast it! Someone’s already snagged it as a token: https://bernardcoin.org/

sigh … back to the dreaming board.

For anyone interested, 3 slots are still available for 2023 delivery:

Unfortunately I don’t seem to have $92k kicking around

Idea how to release LA port:

Thread by @typesfast: Yesterday I rented a boat and took the leader of one of Flexport's partners in Long Beach on a 3 hour of the port complex. Here's a thread about what I learned. First off,...

The average time of ships in a port is close to 2 weeks and there Is every week more ships waiting outside of the port. So waiting there will cause lack of ships in Asia several weeks later and price can continue to climb. Not going to end well.

One of the major terminals is owned by a Chinese company and has mostly shut down. As the terminal accounts for about 25% of container cargo through the port, this is a big part of the problem. Chinese companies are ruled by the CCP, so if true, this indicates that the CCP may be deliberately driving the crisis. 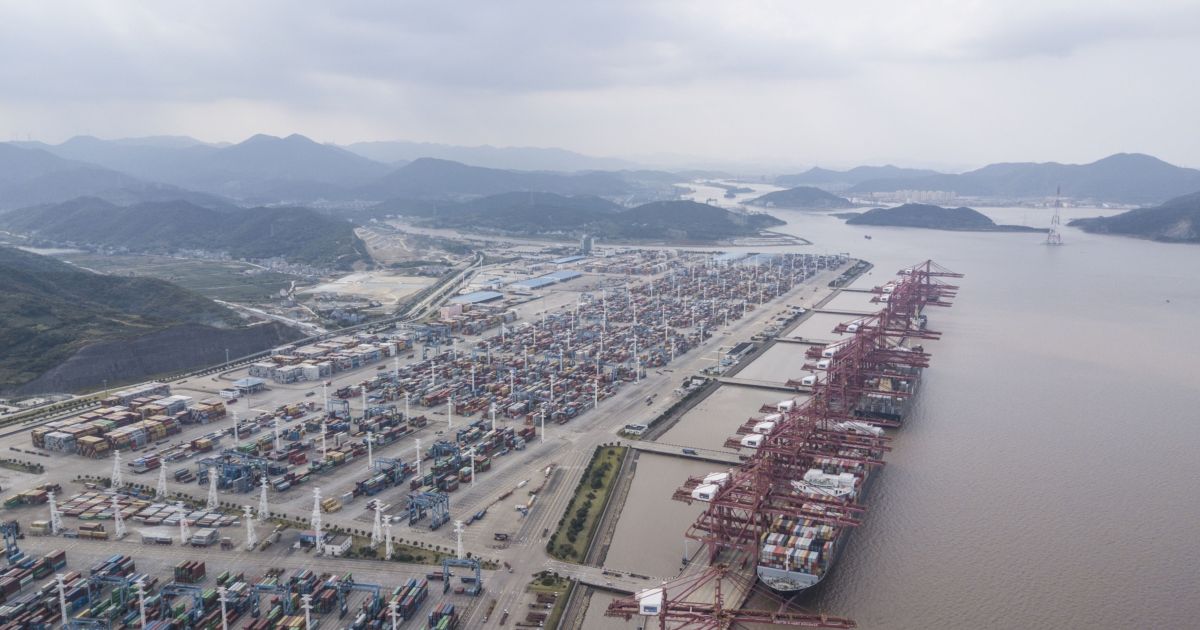 Closure is raising fears of further strains on shipping and price increases for goods, which could fuel inflation.

Do you never get tired of this juvenile shite?

Safe Network’s data deduplication (data compaction) may slow the conversion of Earth’s mass into data storage, helping to slow the information catastrophe expected via Landauer’s principle. lol … as an AnCap I joke when saying this: People could advocate that there should (barf), be a government mandate to use the Safe Network to SAVE THE PLANET – in the same way that people say this about global warming. Markets will take us there in the end though as cost efficiency is a thing in the mark…

Pierre Omidyar's Financing of the Facebook "Whistleblower" Campaign Reveals a...

The internet is the last remaining instrument for dissent and free discourse to thrive outside state and oligarchical control. This campaign aims to put an end to that.

Got an archive.is link for that?
I wont be contributing to the FT paywall.

Stop the world I want to get off

The Muslim population in Xinjiang, China were early smartphone adopters. Then the tech betrayed them.

What on earth could be the difference?

Got sod-all to do with any real concern about the either the Afghans or the Uighur.

Meanwhile I note that technology is weaponised in an effort to incite the Iranian people to riot over petrol shortages. I wonder who on earth could possibly be behind that?

It’s almost like we need a way to make sure all individuals have a way to communicate privately and securely, without fear of persecution from any actor, foreign or domestic.

If only there was someone working on it

An apparently functional EU Digital Covid Certificate bearing the name of Adolf Hitler has circulated online this week, before being invalidated. The incident raises questions about the security of the ‘vaccine passport’ system.