Check out the miner: Antpool 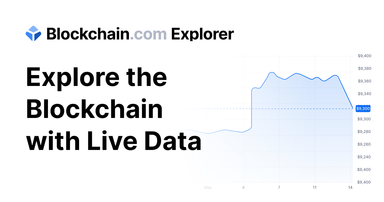 The easiest and most trusted transaction search engine and block explorer.

this is prob a Maidsafe joke 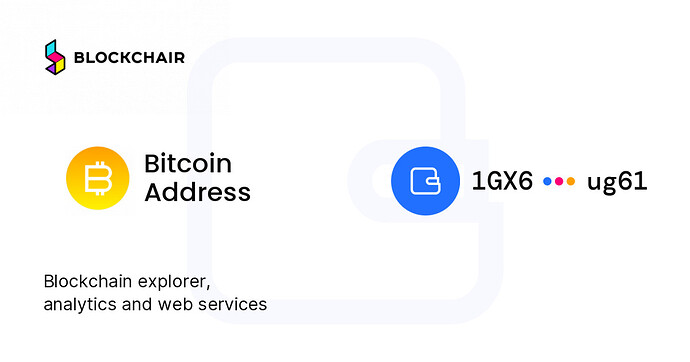 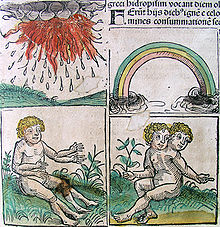 An omen (also called portent) is a phenomenon that is believed to foretell the future, often signifying the advent of change. It was commonly believed in ancient times, and still believed by some today, that omens bring divine messages from the gods. These omens include natural phenomena, for example an eclipse, abnormal births of animals (especially humans) and behaviour of the sacrificial lamb on its way to the slaughter. Specialists, known as diviners, variously existed to interpret these ome...

I updated the post to a Bloomberg article about the same project. Is that better?

Have fun with asking permission for permissionless innovation.

BitKassa is a Bitcoin company from Arnhem, founded in 2014 and unfortunately closed its doors in 2020. Although BitKassa is shutting down, Bitcoin marches on!

Telegram calls it quits on TON. 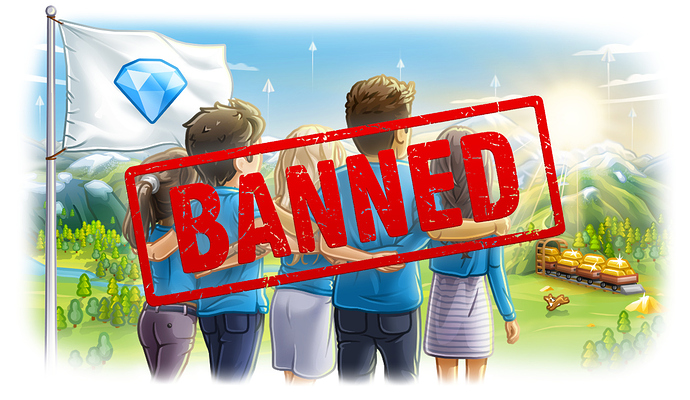 What Was TON And Why It Is Over

For the last 2,5 years some of our best engineers have been working on a next-generation blockchain platform called TON and a cryptocurrency we were going to name Gram. TON was designed to share the principles of decentralization pioneered by Bitcoin...

Unbelievable!! We need the safenetwork so badly…

“I want to conclude this post by wishing luck to all those striving for decentralization, balance and equality in the world. You are fighting the right battle. This battle may well be the most important battle of our generation. We hope that you succeed where we have failed.”

I can not wait until the launch button is pressed for safe network.

As I said many times already I am really worried about the launch of safenetwork. I think the gov or the EU will do everything to prevent maidsafe from launching the safenetwork.

Which is why we should ALL be archiving the github repos regularly and why @tfa 's dependency visualiser tool is so important https://thierry61.github.io/sld/

I wonder if Free Ton is a scam or a honest attempt to get the project off the ground by others.

Says you can earn 200k Ton by running a validator through all stages of launch. 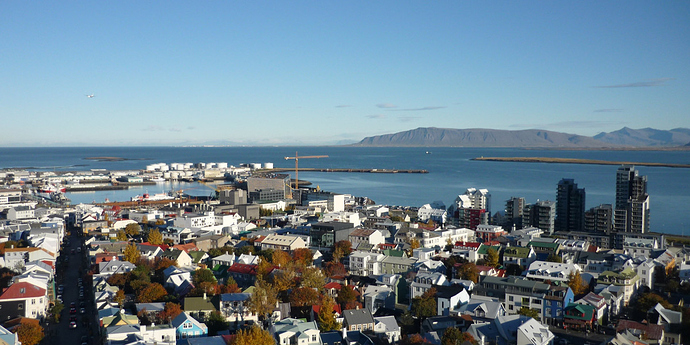 The country has the highest penetration of any automated contact tracing app in the world, but one senior figure says it “wasn’t a game changer.”

11 posts were merged into an existing topic: Is censorship always bad? 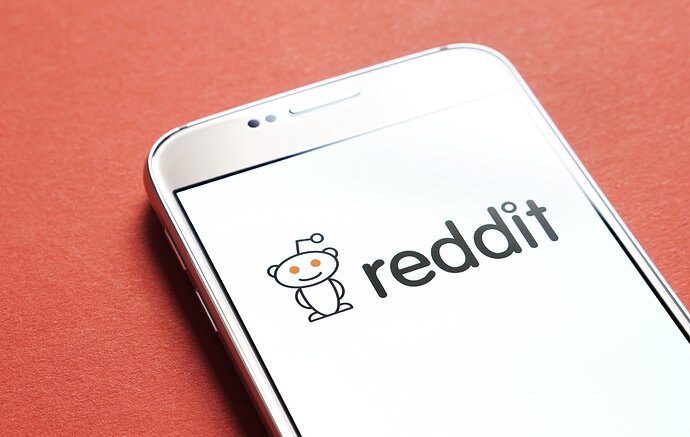 Reddit, the popular online forum, is beta testing two Ethereum-based tokens for users to earn rewards for contributing content. The two tokens, one named $MOONS and other $BRICKS, will be issued to members of the subreddits /r/Cryptocurrency and... 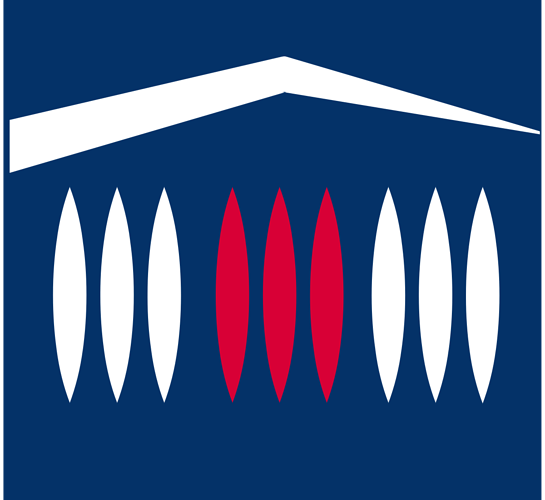 Wednesday, May 13 afternoon, the deputies adopted in final reading the bill aiming to fight against hate content on the internet. 355 deputies voted “for”, 150 voted “against” and 47 abstained.

After being submitted for an opinion to the Council of State, the bill, of which Laetitia Avia is the rapporteur, was examined at first reading in 2019. The preparatory work was the subject of a citizen consultation to which 1,415 people participated.

The bill intends to strengthen the contribution of digital operators in the fight against certain manifestly hateful content online.

Chapter 1 of the bill requires large online platform operators, whose activity consists in putting several people in touch with a view to sharing content or in referencing this content, to withdraw, within 24 hours from of their notification, the content promoting certain crimes, causing discrimination, hatred or violence or denying crimes against humanity, aggravated insults, sexual harassment, child pornography content as well as provocation to terrorism or its apology. This period is reduced to 1 hour for terrorist and child pornography content that would be notified to platforms by public authorities. Refusal to withdraw this content within the time limits would be penalized.

The bill also simplifies the formalism of notification. This must be easily accessible and the information requested from the user is limited to that which is strictly necessary for the identification of the notifier, the determination of the category of the contentious content and its location.

Chapter II strengthens the duty of cooperation of online platforms in the fight against online hate content, by subjecting them to compliance with several obligations of means relating to the processing of notifications and in terms of information, transparency and collaboration with the competent public authorities. More generally, the amount of the fine incurred in the event of a breach by a digital player of its obligations to cooperate with the judicial authority in the fight against illegal content is tripled, going from 37,500 euros to 1 250,000 euros.

Chapter III entrusts to the Superior council of audio-visual (CSA) a role of accompaniment of the platforms in their compliance with these obligations of means and control of these platforms. The CSA will be able to impose a fine of a maximum amount equal to 4% of the annual worldwide turnover of the platform in the event of failure to fulfill its obligations.

Chapter IV strengthens the effectiveness of the fight against the duplication of hateful content by allowing the administrative authority to order the blocking of access to all sites containing, in whole or in part, the content of a previously prohibited site by the judicial authority (“mirror” sites).

In addition, the bill aims to involve online advertising players in the fight against the funding of sites facilitating the dissemination of hate speech by strengthening the transparency obligations they are responsible for.

Finally, it creates a specialized prosecution and jurisdiction to fight hate content on the internet.

In all the doom and gloom of living in the United States Cryptosphere I like this guys thinking, at least it is hopeful.

The fact that dev teams cannot raise vast quantities of funding upfront does not mean we in America can’t have a crypto ecosystem. It simply means we will have a different one than crypto investment funds and thought leaders expected, one where small, random projects will compete on equal terms with institutional players and well-capitalized companies that are now unable to pre-fund their products’ dominance.
Genuine technological progress that expands cryptocurrencies’ user base organically will become more important for adoption than a company’s fundraising ability or ability to airdrop vast quantities of coins on unsuspecting users of otherwise unrelated applications (see: Stellar and Keybase). On the whole, this is no bad thing.

Thanks for posting, just read through the french, absolutely terrifying. Here’s a tl;dr:

The French government will soon have the power to basically decide themselves what constitutes “hateful content”, and will be legally able to force platforms (defined loosely as places where many people share content), and also anyone who “references” the content, to remove, within 24 hours, the content. If they don’t comply in time the company, or private individual blogging who has referenced the content as well as far as I can tell, will face a fine of €1,250,000.

The CSA (conseil supérieur audiovisuel, something like higher audiovisual counsel) will be the body in charge of contacting companies before they’ve even broken the rules to ‘accompany’ them, and if they don’t comply the company can be fined up to 4% of their turnover for the year.