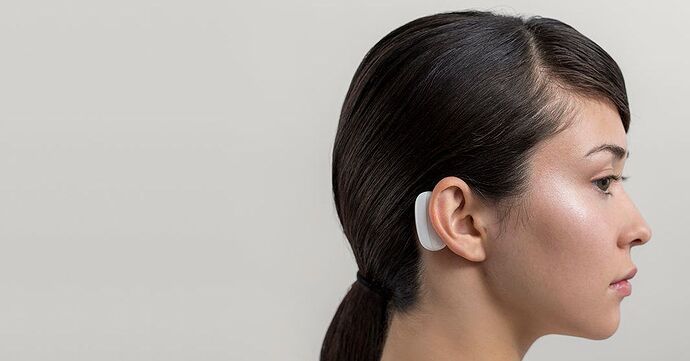 Not for humans yet

While thinking about the interesting point spotted by @Josh i got an idea.

When you link an article in this topic, you could put an #hashtag in your post (like in the post above) so articles don’t get lost among many that are linked here every day. In this way, they can be grouped together and can be found easier in the search results. Moreover with the hashtag you can start a discussion related to the article, contextualise it and find it easily too
Tell me what you think about

Getting Comunica etc working on SAFE will be awesome.

The Solid team are putting together some really nice ways to build apps including Comunica / LDfragments (below), LDflex, and a React generator, plus import of data from Slack, gitter and social. 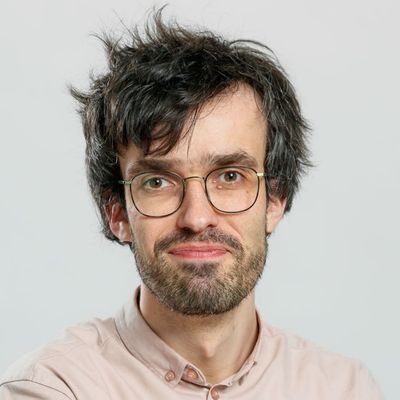 @pietercolpaert
The @LDFragments client Comunica now supports JSON-LD snippets and RDFa pages. You can now turn your website into a hypermedia APIs without the need for new HTTP infrastructure. So happy with this PR merged! github.com/comunica/comun…
9 Likes
draw July 17, 2019, 12:53pm #2381

…
If only the developers could have all the memory security guarantees of languages like .NET C# combined with all the efficiencies of C++. Maybe we can: One of the most promising newer systems programming languages that satisfy those requirements is the Rust programming language originally invented by Mozilla.
…

“Mirage is a server that runs in the browser”. Mirage.js looks interesting and could be useful, possibly for Solid on SAFE, offline-first / PWA etc… Still in development, but summary here: 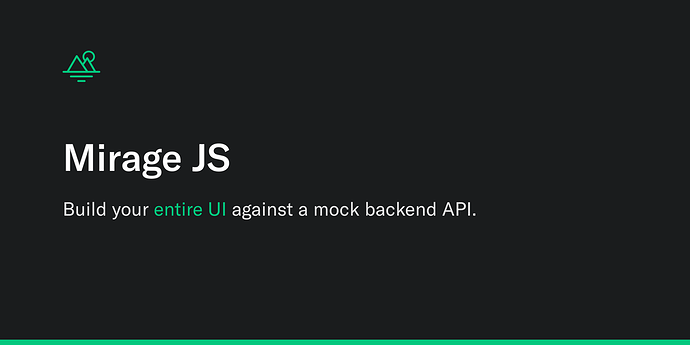 Build, test and demo your JavaScript application without an API 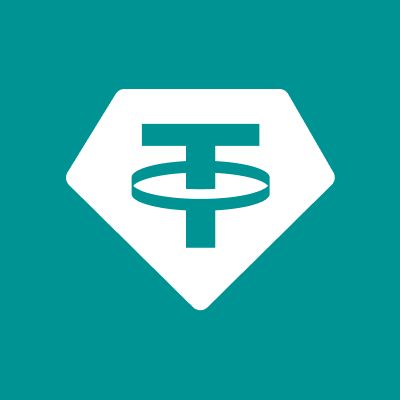 @Tether_to
It is with great pleasure that we announce the sponsorship of Omni Core developers to further grow the capabilities of the Omni Layer protocol. tether.to/tether-and-omn… @Omni_Layer 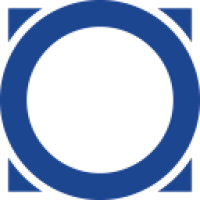 I’d like to start this update with the reminder that the Omni Layer is an asset issuance and smart contract protocol that runs on top of the Bitcoin network.  Some people have asked if Omni i… 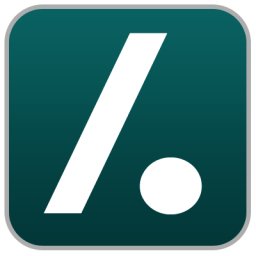 So long as they don’t damage what Rust is by trying to pwn it… big dumb Microsoft!

Today I found about LunarX and I make a new topic in related projects : LunarX / omnix.fund

50$ free from crypto.com for new registration.

(UPDATED - July 17, 2019) Following the overwhelming response to our BG50 referral program, we would like to thank everyone for introducing Crypto.com to your friends! Today, we have updated the terms of the program

New conditions are to stake 50MCO for 6 months to unlock bonus amount!

Unfortunately, yes… But the good news is that someone was fast enough to get 50, and I got so much too (44,44), so Thank you anonymous!

Dweb - decentralised web - they got venture capital, too: Building a new Internet: The bold plan to decentralize the web

Edit: Any Spanish speakers able to sum up the following video?

Looks like he is writing his own protocol over this

Here I translated it for you:

Q: Tell us a bit about yourself

Q: What is your project about?

Locha Mesh is a mesh communication system with affordable devices, which we are designing it open source so we can have a communication alternative for extreme situations. For example, in the case of Venezuela, even with the electricity blackouts, internet interruptions or censorship, people will be able to continue communicating or sending bitcoins transactions.

Q: Why did you choose Bitcoin and the Lightning Network?

Bitcoin is global money that enable people to make payments to anywhere in the world, and our intention with Locha Mesh is to allow payments even without internet or electricity.
And the Lightning Network is the most ideal way of making payments in a mesh, because we can make payments peer-to-peer directly, from point to point with nodes from the mesh, and it doesn’t need to touch the blockchain everytime we make a payment, therefore the mesh network could be completely disconnected from the internet and will be able to continue transacting in the mesh using the Lightning Network.

Q: What’s the origin of the name Locha Mesh?

The Locha is a Venezuelan word from 1970, which began as a modified word that referred to the octavilla or ochava which is the eighth of a silver coin. It was then deformed with the use from “la ochava” (the ochava), to “laochava”, to “lalochava”, and then finally it was set to “La Locha” (The Locha).
Today it refers to money and to the fact of having to work for your money, therefore we advocate the “Locha Mesh” as a means of free communication and as a way of free commerce and money which is represented by bitcoins.

Q: Why did you decide to make it open source?

It is important for projects to be as transparent as possible to know what they are really doing but also we made it open source so the community can contribute and support us in the development of Locha Mesh, its protocol, electronics/hardware so it could be adapted to all use cases.
It is not only thought for the case of Venezuela (with its blackouts, censorship, lack of investment of the internet infrastructure), but also for extreme cases such as natural disasters, earthquakes and hurricanes, where communications collapses or fail. The Locha Mesh and its devices will allow people to continue communicating even in such extreme cases. Therefore we need the support of the global community of developers, graphic designers, electronics and hardware experts, to allow the development of an affordable global tool for everyone and for every use case.

Q: How much does it cost to develop one Locha?

We estimate that the final product for sale will be at about $60 USD, but it is still open source, it is still open hardware. Therefore you could buy our devices which would be the most user friendly as possible so anyone could have one (the more devices, the better the mesh), but also you could develop your own devices and install the open source software that we are designing. The idea is to be the most affordable as possible and to have the most amount of devices for the Locha Mesh.

Q: What’s the next step for the Locha Mesh?

Our short term plan is to have the final product ready for sale. And our plan in the mid/long term, the most important thing we are looking for, is for communications to reach areas where there is no communications right now because of the lack of infrastructures, investment, telephony antennas or fiber optics.
They could be in remote villages, areas where there have been catastrophes as in the case of Puerto Rico where there are no communications because there weren’t any infrastructure investments made; then our idea is to interconnect villages with more powerful antennas, and then there may be enough devices of the Locha Mesh at the villages and between the cities so that the messages get the necessary routes to reach their addressee.

Q: Tell us your experience when you received the Lightning Torch

Q: How can we reach you?

In bitcoinvenezuela.com you can get to know about Bitcoin Venezuela and the project.
In locha.io you can learn about the open source protocol and the hardware we are designing for the mesh technology.
And you can donate bitcoins for Bitcoin Venezuela (upper QR code).
And you can donate bitcoins for the development of the open source Locha Mesh in this other address (lower QR code).
In Twitter you can follow us @btcven and @Locha_io 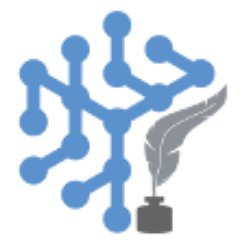 @happyborg
Who's wants to write the first Lunar Lander game for #SAFEnetwork based on the actual Apollo 11 lander computer code? #Apollo50th #gamedev twitter.com/mrpiercEy/stat… 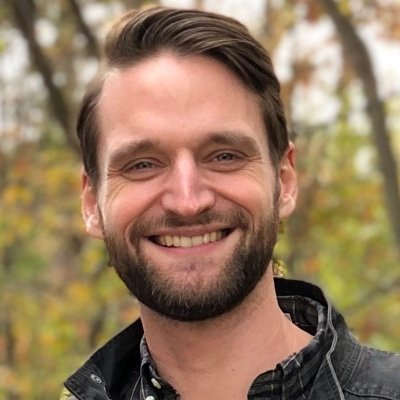 @samselikoff
Stumbled across the "10 Things I Regret About Node.js" talk again this morning and was just browsing through it. So quirky! But man do I hate npm sometimes. Deno's module system is neat. And was surprised to see Deno up to 36k stars on github. Anyone I know out there using it? https://t.co/VvAKQCSyod 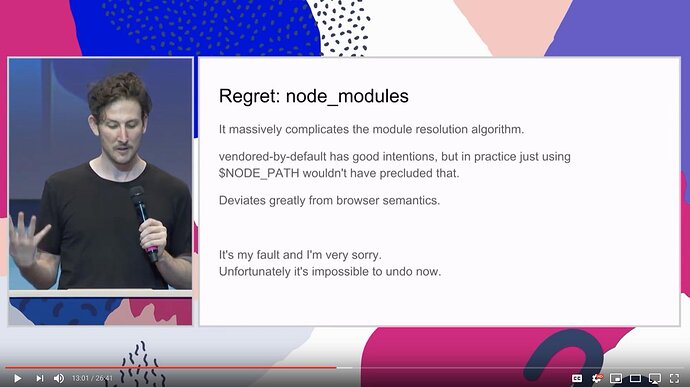 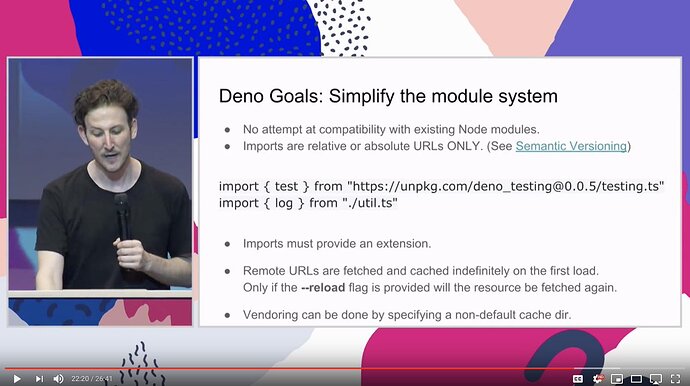 Also, designed to be more secure and built in Rust.

Maybe this could be the basis for a SAFE module system? 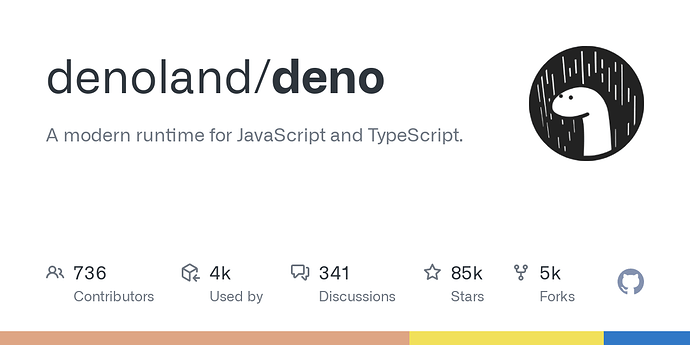 GitHub - denoland/deno: A modern runtime for JavaScript and TypeScript.

A modern runtime for JavaScript and TypeScript. Contribute to denoland/deno development by creating an account on GitHub. 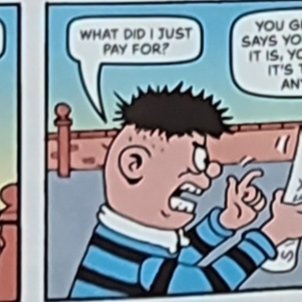 your #1 source for absurdist true crime 🐍👑 🌷

Rust for a win! 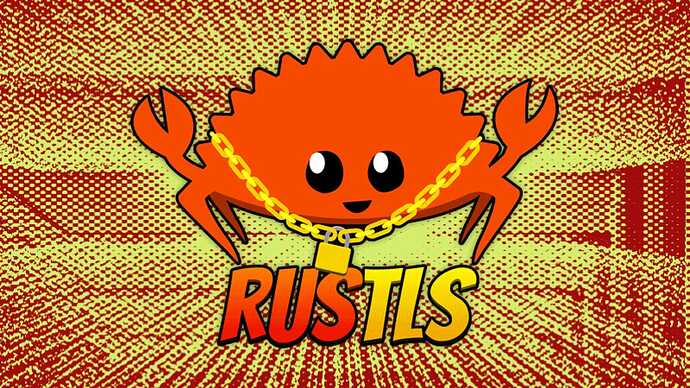 A Rust-based TLS library outperformed OpenSSL in almost every category

It is what quic-p2p uses via the quinn crate

Hmmmm this reminds me of something that’s coming