What if... Kim dotcom's internet is a MaidSafe Fork?

Would their network become an extension of ours, or it would be a totally different one?
I am worried about the overshadowing of our project if this bombastic character promotes his fork with all colors shifting the public attention to his version.

He wouldn’t profit from it as easily I don’t think. Also he wouldn’t have maidsafe on his side making the legit best apps that use the networks deepest features, people will hear or realized it was forked I would think because of the software lisence and investigate. But I def see your concern

Would their network become an extension of ours, or it would be a totally different one?

I would say disparate

A disparate system is often characterized as an information silo because of the data system’s isolation from or incompatibility with any other data systems.

Let him have the hype. We will deliver the goods!

[quote=“Nigel, post:2, topic:4388”]
He wouldn’t profit from it as easily I don’t think. Also he wouldn’t have maidsafe on his side making the legit best apps that use the networks deepest features, people will hear or realized it was forked I would think because of the software lisence and investigate. But I def see your concern[/quote]

Maybe he might do it for reputation, not for profit.
Or he might sell the idea to clueless investors and show the MaidSafe Fork as a proof of concept.
He might not have the MaidSafe team behind, but with his money and influences he could assemble a team to take the post after David and company finishes all the heavy lifting.

The network effect Kim can create with sheer power of money and marketing can very well eclipse MaidSafe.
Consider that the plebs get everything at face value, they don’t really care what’s the real author as long it is useful for them and especially if they got used to it.

The same can be seen with Popcorn time’s forks, the one that will end up winning is the one that has best marketing skills.

Yeah maybe I’m underplaying this scenario but I really think the best implementation and first available is going to be hard to our compete. Plus there are plenty of folks such as you and I that will be smart enough to stick to the original network and more secure in numbers and good team at the helm that is willing to hand it to the world as their own.

There are thousands of forks of Bitcoin, but Bitcoin is still the king.

Well, you reminded me one anecdote:
This is a famous story from the 1956 Adlai E. Stevenson campaign for the presidential elections. During one of the campaign speeches, a woman told him, “Senator, you have the vote of every thinking person!” To this he replied, “That’s not enough, madam, we need a majority!”

While some might take what is out so far and get a glimpse of the potential, remember that David and crew have been working the cutting edge for a long time. What you propose would have the interlopers way behind the curve, even if they do " get it", which I doubt they will
But let them try. Would be interesting.

Maidsafe has the team of the original developers. I also think it will be easier to bring updates to the Safe Network as it it with Bitcoin just because of this reason, having a team from start to present to future.

maybe there is a way to cooperate with him in the future? would be a powerful ally to have. from what i see his goals and those of maidsafe are well aligned…

in any case, he won’t even be crowdfunding before 2016. I’m assuming the SAFE Network is live by then and as he sees the potential, we can get him on board i hope

maybe there is a way to cooperate with him in the future? would be a powerful ally to have. from what i see his goals and those of maidsafe are well aligned…

I think Kim Dotcom and a lot of others are going to be caught flat footed on this one. It they’re smart, when the SAFE Network goes live they’ll pile on and figure out use cases and implement them, like Infinity Algorithms targets to do.

Also, there’s nothing to prevent using the libraries to do other revolutionary types of projects that even @dirvine hasn’t thought of yet. That’s how he’s designed it. That’s the beauty of what’s being done here: it’s the most earth shaking and yet the least proprietary innovation set that’s come forward in modern history. Couldn’t happen without the internet and other stuff already in place, but we will certainly be looking at a “fork” in history. Great things to the new fork, withering to the old. (Uh-oh, waxed eloquent, sorry.

I am worried about the overshadowing of our project if this bombastic character promotes his fork with all colors shifting the public attention to his version.

Honestly I doubt it would work for him. He would be far better off building apps for SAFE, than to try and be the dominate “SAFE” network

Look at recent history (for me anyhow) In the mid 90’s microsoft tried similar with the public internet. Bill introduced his MSN “browser” and MSNetwork, where everyone would have to pay a subscription to use the internet. Only those on *nix would bypass that, and bill was going to fix that by having sites sign up with microsoft in order to be accessible on MSN, the planned MS(inter)net.

Well that worked for all of never with very few actually paying anything. Everyone just bypassed the MSN browser and use netscape or the buggy IE that was still available. So much so that microsoft all but gave up very quickly. Mind you one of our TV companies did join, Channel 9 did “NINEMSN”

The point is that if Kim tried to promote his version, people would quickly find out that there was a better network called SAFE and quickly migrate across to it, as was the case with MSN. Cheaper and more up to date. What will be the major drawback of Kim’s version is the cost, Kim would have to charge otherwise why would he get people to use it.

He would be better to build apps and get profit that way.

I am worried about the overshadowing of our project if this bombastic character promotes his fork with all colors shifting the public attention to his version.

As an investor, you’re worried.

You’d probably be better off psychologically if you weren’t an investor, but a user who roots for all projects that help privacy and freedom and contributes to all good projects (I don’t mean Kim’s because we don’t even know if he’ll open source it, but crypto in general). But it seems you entrapped yourself because of your financial commitment and would prefer that Kim’s project (and all other) fails even if that meant less freedom in the world.

This below just came out and is interesting from the rewards perspective which lately has been a hot topic here on the forum. The project does sound similar to MaidSafe and it looks he may be able to have some advantage on mobile because he’ll start with user-adjustable contributions and probably a rewards system that pays for resources critical to mobile clients. On the other hand he started later so he may also release later.
If he releases sooner he will certainly get millions of Mega users (although he doesn’t control Mega, most users know him). In the article he says he’s shooting for 100 million users. If he could get $1 per month (or even per year) from each that would be cool for him.

However, Dotcom said MegaNet’s default settings would use only processing power, and users would opt in to donate bandwidth.

“In the beginning you set your restrictions,” he said.

“The default is no use of bandwidth, and only storage on your phone. But if you want to, it enables us to utilise some of your bandwidth . Users are fully in control. It’s not costing them anything.” 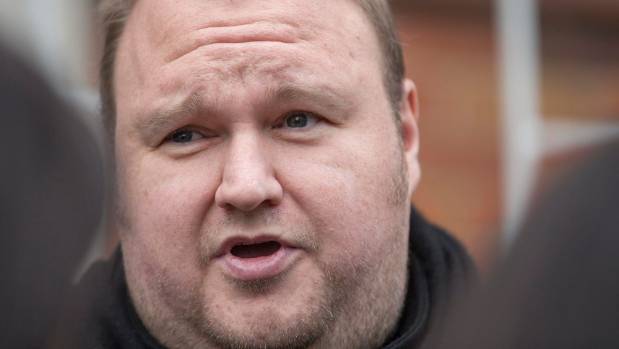 Kim Dotcom is building his own private internet

MegaNet will use people's unused processing power on their phones to make an encrypted internet.