Interesting. There’s a Wikipedia article on it too 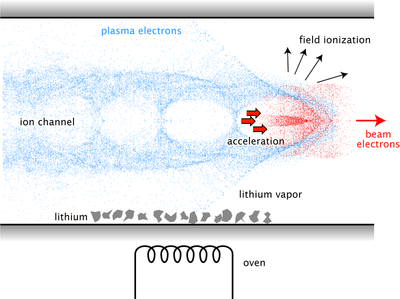 Plasma acceleration is a technique for accelerating charged particles, such as electrons, positrons, and ions, using the electric field associated with electron plasma wave or other high-gradient plasma structures (like shock and sheath fields). The plasma acceleration structures are created either using ultra-short laser pulses or energetic particle beams that are matched to the plasma parameters. These techniques offer a way to build high performance particle accelerators of much smaller size t...

I highly recommend this amazing interview with Jason Lowery.

He really goes into detail why proof of work is a huge deal and the benefit it has over proof of stake.

He also takes us back to the history of human power structures, how they have evolved and why bitcoin is such a huge deal with regards to that context.

I learnt so much from it.

Paul Kengor, professor of political science at Grove City College and editor of The American Spectator, joins me to discuss the curious story of Bella Dodd, once a committed communist who says she helped Marxists infiltrate the Catholic Church, and later a crusader against communism. 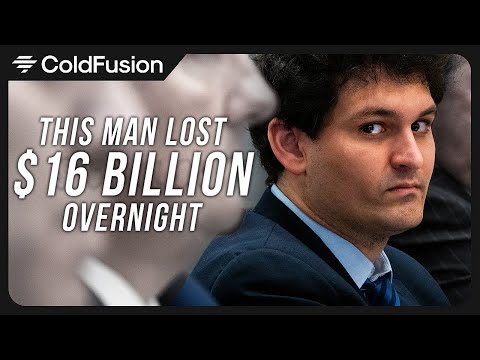 I don’t understand how anyone could have “thought of him as a genius” … I’ve listened to a few interviews with him and it’s clear he’s sub-par at best and shady to boot.

None deserved to be defrauded, but I think people invested in FTX surely didn’t kick the tires themselves. Instead I suspect that most simply trusted in authority structures – they saw big investors putting money into FTX – so they assumed that it (and SBF) were legit.

This is not the way.

Get to know the people and the company history. Don’t blindly trust your wealth with people.

In this episode of the DeFi Download, Piers Ridyard speaks with John Chen, Senior Advisor of Umbrella Network, and Philippe Engels, Partnerships and BD Manager. What sets Umbrella apart from other oracles, how it functions, and what the future has in store for it are some of the topics of their conversation.

Umbrella Network is a community-owned decentralized data oracle that powers anything from DeFi to decentralized applications more broadly. Umbrella accomplishes this on a massive scale at an incredibly low cost.
To alleviate the friction involved in extracting and verifying data, the Umbrella team developed Passport. Passport, an optimized, pre-built, and cost-effective solution, enables dApps to receive Umbrella’s Layer 2 data straight into their smart contracts without the need for proof verification.

00:00 Intro
[01:15] Chainlink is already a market-leading oracle. Why does the market require a new oracle? What are the limitations of Chainlink?
[4:04] How does a developer think about integrating data from Layer 2 into their Ethereum, Radix, or other Layer 1 application?
[7:03] Unpacking the core operating principles of Umbrella Network’s Passport solution
[9:36] Adding the data feed in the first place is a common problem in the blockchain industry. How does a smart contract developer go about getting data added to Umbrella? How does that process work?
[13:11] How does the Umbrella oracle ensure that the data it gets is accurate?
[14:55] What types of projects are using the Umbrella protocol?
[19:41] The entire crypto space is, in some ways, boring backend technology, but what it provides in terms of potential is exciting. What are some of the broader possibilities of data on ledger that John finds intriguing?
[25:01] Where would John place his bets for the next bull market on what he believes will be the primary uses of Umbrella’s technology in apps built on top of public ledgers?
[29:30]
Philippe’s thoughts on sports betting and Web 2.0 platforms in general, possibly increasing their availability on ledgers Further resources
Website: Umbrella Network Twitter: @umbnetwork Telegram: Telegram: Contact @umbrellanet Medium: Umbrella Network

33 min. No need to watch. Listenable.

Ever since Agustin Carstens publicly confessed in October 2020 to lusting for the day when “central banks will have absolute control on the rules and regulations that will determine the use of” CBDC, BestEvidence has waited in vain for someone to credibly challenge him for the title of Scariest Fascist on Earth.

Yes, Carstens is the General Manager of the Bank for International Settlements, which carries… well, it carries a lot of weight regardless of who holds that powerful global position. And yes, short of playing video clips of a wheelchair-bound Peter Sellers from Dr. Srangelove, it was going to be hard to top Carstens’ open yearning for global totalitarianism.

BestEvidence knew that much two years ago when Carstens let it all hang out. But we’re talking about central banking bureaucrats, damnit. Surely someone in a position of power, somewhere, we thought, would show his or her ass at a conference.

Well, finally, with less than a week to go before the two-year anniversary of Carstens’s CBDC True Brownshirt Confession arrived, a credible challenger indeed emerged at a CBDC seminar hosted by the International Monetary Fund.

Ladies and Gentlemen, meet Bo Li, Deputy General Manager of the IMF. As you are about to see, Mr. Li—or R/Bo D/bo as he’s known throughout BestEvidence Laboratories, because that’s the only way we’ve found to cope with Bo’s clinical creepiness—‘fessed up to a monetary control fetish of the most disturbing sort.

R/Bo also drops some pretty big hints as to how central bankers plan on ensuring the widest possible usage of CBDC, even on those segments of the population that may be unwilling to go along.

Along the way, we reveal the sinister intent behind the central bankers’ happy-face “Inclusion” campaign directed at credulous FaceBook addicts.

In the first 10 min Bo Li, Deb. Gen. Manager of the IMF breaks down what the CBDC will do. Inclusion is a keep term. Just amazing what they openly admit. 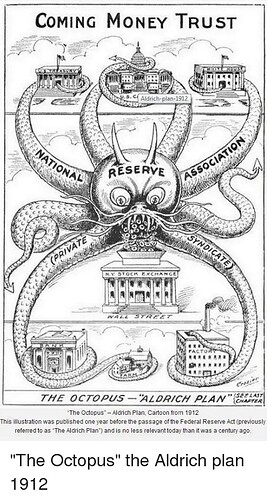 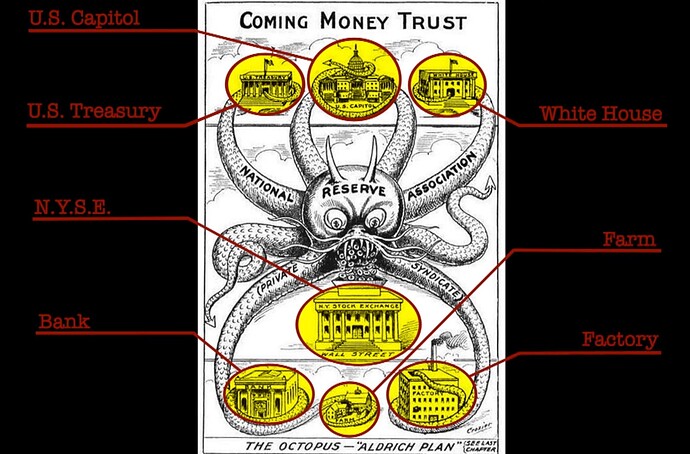 I thought this whole FTX/SBF thing would make a great feature film… but now I’m convinced they’ll need a 5 season Netflix series to even scratch the surface. It’s wild.

Two professional bond experts explain the coming currency reset (switch to CBDC’s) and some of the implications ramifications for all of us. Possibly not such a bad trade for the little guy with few to no dollar denominated assets (at least in the short run) … but those with stocks and bonds or large bank accounts are going to get screwed - HARD. 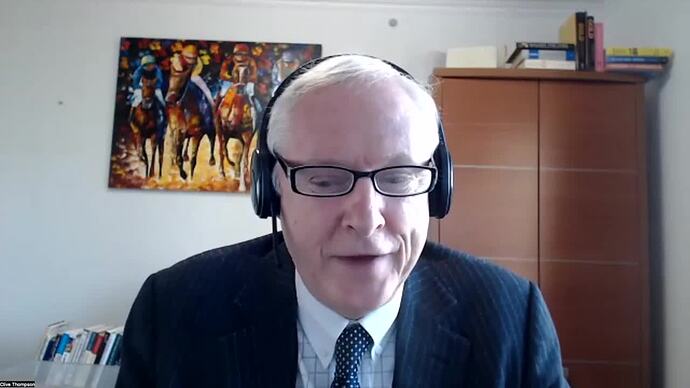 The Currency Reset Will Wipe Out Creditors and Usher in CBDCs.

The cryptocurrency market has been wiped out since the Federal Reserve announced they would start raising rates in November 2021. This set off a domino effect leading to the crumbling of cryptocurrency players like Terra Luna, Celsius, BlockFi and now FTX, wiping out Tens of Billions of Dollars.

While the crypto hopeful have seen these types of massive draw downs before and some are holding or waiting to re-enter for the “next crypto bull run”… I believe we might have seen the last one, because the market has changed and FTX was the Final Catalyst.

So in this video, I breakdown:

Why things are now different

Why there may not be another Crypto Bull Run

Why there may be another and even BIGGER run for Bitcoin

The fundamental drivers of the markets

How they got so overheated and why they won’t again

32 min.
Based on what he’s presented MAID will be considered a Security. How is Maidsafe going to navigate this change in regulation? How does Switzerland view MAID and how it was created? Are we going to get caught up in this mess?

This is ruling out a US VC money dump into crypto which I don’t think is a bad thing at this point. The world is starting to realize what the Western banking system means.

He’s claiming that BTC will boom due to it being a commodity as all others are not. Is MAID a security based on the presentation of facts?

Very interesting. The next bull run could be very big for BTC. Safe needs to become as decentralised as possible. It’s a Shane it had to do an ICO, but obviously difficult to find funding. 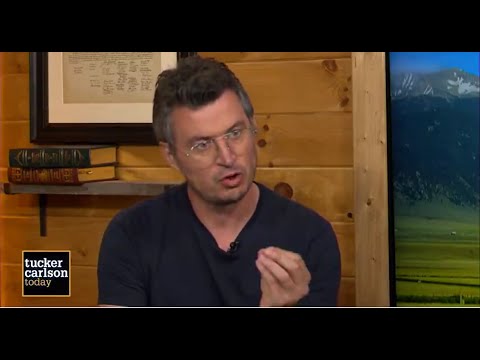 This is absolutely fascinating. Very relatable to covid and the SAFE project.