@BadAss.Sx I can assure you that I’ve taken a very good effort in planning, and if you wanted to experience VR with your smartphone then you definitely will get one here.

What is the difference with a carton box?

Sure, CPURE, the one in the kickstarter is of a different material that would not affect your skin like that one you linked to. Also, there is microsuction tape to keep the phone from sliding around, additionally the nose piece on the CPURE is soft so also not to abuse your skin. Many times at VR events people experience this and need to rest from enjoying the apps and games

Does it differ at all from google cardboard? Or are you a “private label” version? (that’s not a bad thing by any means)

What are those lenses made out of? (also I’m somewhat interested to know the lens curve shape and why that was chosen)

What’s the goal of your company? Is it to provide a better VR solution alongside the google cardboard-style products? If your kickstarter is funded, what does the future of VR Oxygen look like past this model?

I sincerely hope your kickstarter meets its goal, I’m going to keep my eye on it and I’m very near considering donating myself purely because you’re a SAFE community member and I like to support our own

Whose there @BadAss.Sx, ease up a bit you’re bordering hostile. $760 is a significant amount of money, what projects did you invest in?

(Also, I’m sure you’re glad about the developing laws targeting crowdfunders who never ship their product)

Luckily @oxygen’s kickstarter is only $19, although I too would be very upset about losing $790

That’s just what I needed: a way of sticking my smartphone to my head so that my brain can be microwaved over a long enough period, because mere phone calls weren’t enough.

Does it differ at all from google cardboard? Or are you a “private label” version? (that’s not a bad thing by any means)

Google cardboard is a basis for the CPURE. This is mostly for exposure to introduce the brand to the vast VR community.

What are those lenses made out of? (also I’m somewhat interested to know the lens curve shape and why that was chosen)

These are 34mm biconvex lenses made of PMMA (acrylic glass)

What’s the goal of your company? Is it to provide a better VR solution alongside the google cardboard-style products? If your kickstarter is funded, what does the future of VR Oxygen look like past this model?

We take everything that we do to make a best quality possible based on experience. As a company we explored bitcoins and discovered SAFE Network and there are important features of SAFE Network we think for the virtual reality industry. We are glad for the progress of the network, and it is good time to be making good positions in the VR industry.

If your kickstarter is funded, what does the future of VR Oxygen look like past this model?

Since I am a designer as a profession, our goals are to make very enjoyable games for people that are pleasant and visually appealing. And of course we keep close connections with developers who are very much active in VR here in San Francisco. We have great plans regarding development of a game. It is a very exciting space to work in because of the fun experiences in what is being produced.

That’s just what I needed: a way of sticking my smartphone to my head so that my brain can be microwaved over a long enough period, because mere phone calls weren’t enough. 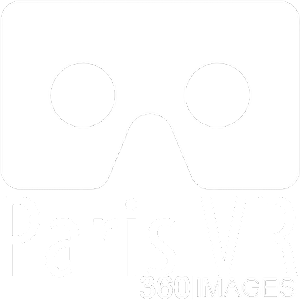 Visit Paris in virtual reality mode and dive into the heart of its most emblematic places at 360 ° with Google your Carboard .Immerse - to the Louvre Palace , on top of the Eiffel Tower, in the heart of the defense ...Admire the Conciergerie, the Louis Vuitton Foundation , the view from the bridge of Solferino, Notre -Dame ...This application is optimized for Google CardboardHomidoZeiss VR OneGearVRColor CrossView Master VR...but can also be used without any virtual reality helmet ...

Yep, ditto. This also caught my attention. Are you saying that you will be using the Safe network to host your VR world/s as well as a wallet that users can spend their Safe coins in; kind of like micro-payments inside of a VR world/construct? The devs here have said that there is going to be full mobile support on the Safe network, so it can be done.

I know what I can visualize, just want to know how you will be going about this. Does sound very cool to be honest.

It would be funny if some one sucked all the data out of Google maps and turn that into a VR world/game in which you could drive cars, motor bikes etc and have fun.

Thank you for your detailed answer, it goes to show you’re not a kickstarter fund and bail situation.

I am actually quite enthralled to hear about your VR gaming desire, as that will be an enormous industry and designing it on top of safe could be the “edge” it needs to get your game(s) noticed (amongst the regular Steam indie-developer crowd).

What features of the safe network (either current or future) do you forsee being used within the game dev or VR communities?

@oxygen Good to see you responding directly and I do have some questions for you.

I really like the idea of a cheap VR unit and the added cryptocurrency integration makes it even better but I also want to make sure it works and won’t fall apart on me or let my phone get damaged.

@Blindsite2k I’ve had a touch of experience with this lately and I can maybe help answer your questions, at least 1-3. Easiest answered all together, rather than separately.

As she said above, this is based on the Google cardboard, only better. Cardboard and this are entry level viewers which make VR experiences available to most everyone. From my poking around with apps, though, I can see that it could have a lot of day-to-day uses for some people, probably more and more if VR catches on as it looks like it may start to this year.

It’s not the highest level experience, but you’re not paying $600-$800 for Oculus Rift or the other higher end stuff (plus needing a very powerful desktop to drive them).

Not designed or “teched-up” for hours of first person shooter or full-throttle racing experiences that I’m sure you’re interested in (knowing you’re a MMOG enthusiast).

I think some of the cardboards may come with a head strap, but it’s not the sort of thing you’ll want to wear that long at a time, probably. It’s not that type of thing. Better to hold it as you need it, and take it away easily. I don’t think I’d want to have a device at this level strapped on. This is not that level of complete immersion that a real gamer would go for.

This is more for educational, virtual tourism, real estate prospecting, simple games, etc. I took some 360 pix of my living room and outside my front door, and emailed them to a friend who’d never been here to see what my hideaway is like. That’s actually a pretty cool experience.

Aerodynamics? Really? Planning to dash around the room whipsawing you neck to follow the monsters?

No, not heavy. It’s cardboard. What makes this one different (if you watch the video) is the enhancements: cleanable finish so it doesn’t soak up oils from you hands (and especially forehead) my Google cardboard started looking less than perfect pretty quickly even with light use due to forehead oil, and I’m not a teen oozing such.

Also, other improvements look pretty cool: 1. the nose piece is cushioned and cleanable, they say. The Google equivalent is just a cardboard edge–good cardboard, mind you, but absorbent and sharp. 2. the micro-suction material sounds pretty cool. The google equiv wraps a rubber band around the area where the phone sits and that gives friction to hold it. Not too bad, but not elegant, either, and I’m sure not nearly as good at securing the phone.

On what happens if you get a call? Good question. I’ve been using an older one that I don’t have service hooked up on.

EDIT: Looks like a good improvement. I’m likely to use this sort of VR from time to time and want to have a good viewer, so I ordered a couple of these. Cheers.

My comment has a kernel of seriousness: I only have a mobile phone for emergencies, and am mindful of the radiation hazard of having this microwave transmitter an inch from ones brain. If I wanted to see a video of the Eiffel tower, I can already do that, and I don’t find your product compelling.