Spike protein is found to not stay in the arm as previously thought.

My radar says there might be some subtext to this… it always pings with these “inventor of X now alerting world to dangers of X!” type stories. Perhaps it is because the Nobel nominations are in and someone is pissed?

Spike protein is found to not stay in the arm as previously thought.

@Debunk_the_Funk
Latest misinformation on COVID vax is the idea that spike (S) protein alone causes toxicity by binding ACE2. Ppl spreading this idea missed the fact that S protein in COVID vaccines is locked in a state that can't bind ACE2. Looking at you @BretWeinstein science.sciencemag.org/content/369/65…
4 Likes
scottefc86 June 18, 2021, 7:31pm #4

‘We Made a Big Mistake’ — COVID Vaccine Spike Protein Travels From Injection...

Research obtained by a group of scientists shows the COVID vaccine spike protein can travel from the injection site and accumulate in organs and tissues including the spleen, bone marrow, the liver, adrenal glands and in “quite high concentrations”...

Maybe better in the COVID discussion thread but it does seem the spike protein doesn’t stay in the shoulder muscle as intended.

We won’t know the full truth about any vaxx until well after it’s roll out, because the institutions that “protect us” from bad shit are actually invested in the companies making the shit.

Eventually … eventually, people will find out the truth, but the damage will have been done, the profits made, the scammers retired.

Current CDC Senior Scientist Dr. William Thompson revealed in a shocking statement that top US doctors hid and destroyed data that showed a vaccine-autism link in African-American boys. The doctors actually sat in a room and tossed the hard copies of...

Was wondering when something like this would be posted. What took you so long?

Sounds like a doctor for sure. Uses the same repetitive NLP Trump used to drill his nonsense into peoples heads. Just based off this alone I can’t take it seriously. Then his evidence is apparently his own handwritten notes?

You are free to believe anything you like. I’m just reporting (and adding a bit of personal commentary). I recommend you always do your own in-depth research if the particular topic is a concern for you.

I’ve certainly done a lot of my own research into this subject over the past twenty years - as well as having worked for a vaccine discovery company in the 90’s … so I’ve taken a long road in developing my opinions here.

Here is a partial bit of the original statement:

On 27 August, Thompson released a statement via law firm Morgan Verkamp, LLC, confirming that he had spoken with Dr. Brian Hooker and that he had “omitted statistically significant information” from his study. Titled “STATEMENT OF WILLIAM W. THOMPSON, Ph.D., REGARDING THE 2004 ARTICLE EXAMINING THE POSSIBILITY OF A RELATIONSHIP BETWEEN MMR VACCINE AND AUTISM,” Thompson’s began:

I regret that my coauthors and I omitted statistically significant information in our 2004 article published in the journal Pediatrics . The omitted data suggested that African American males who received the MMR vaccine before age 36 months were at increased risk for autism. Decisions were made regarding which findings to report after the data were collected, and I believe that the final study protocol was not followed.

I want to be absolutely clear that I believe vaccines have saved and continue to save countless lives. I would never suggest that any parent avoid vaccinating children of any race. Vaccines prevent serious diseases, and the risks associated with their administration are vastly outweighed by their individual and societal benefits.

Here is the full original statement:

And here is his recent statement:

Appears to me that he has been under a lot of pressure from his peers over the years, but now he’s reached a point where he’s just laying it all out there. Good for him.

I know and of course we all are. I respect that but I’d also take care in “believing” what others say or internet “research” and instead just take them into consideration. I don’t have strong beliefs about it either way particularly but this one made my bullshit meter go off.

I’ve certainly done a lot of my own research into this subject over the past twenty years - as well as having worked for a vaccine discovery company in the 90’s … so I’ve taken a long road in developing my opinions here.

I have literally no way of confirming this (nor do I expect you to prove it) besides trusting you and it’s not that I don’t tend to take what you say in good faith but lately everything has the same angle. I certainly think the key word is opinion. Maybe yours is more informed than most but again

Opinion.
This topic is literally named “Vaccines are bad” which sounds very objective…

I don’t know how you have the energy to sift through this kind of stuff to find what you consider credible. I do understand how exciting it seems to get to the bottom of the endless and deep injustices of the world but from my experience reading things adjacent to this, there are many half truths mixed in for good reason.

I don’t know how you have the energy to sift through this kind of stuff to find what you consider credible.

I’ve been a die-hard researcher all of my life … digging for things is part of who I am. I don’t always dig deep though, depends on my own bias, previous experience with the topic and basic interest in it.

Nobody pays me to research for them, so I am independent from the bias and influence of a “boss” … but we are all biased by the information that those around us share … so it’s good IMO to be critical of those around you sharing info. My main critical point of those around me is that they are careful to avoid logical fallacies – not that we don’t all fall prey to them, but that we do try to counter them

Maybe yours is more informed than most

Depends on the topic - but in any case, you can’t know that. IMO, if you see something that you are interested in, just dig in and research yourself. If you don’t have the energy, then you probably aren’t that interested in it … when I’m in that situation, I just let it slide. It’s not my problem to police information.

Personally I’m not an altruist - I am self-interested and suspect that most, if not all people, are. The injustices that concern me are the ones that affect me and my family and my friends – or that may in the future affect us. Don’t mean to sound like an ass, but there just isn’t enough time in the world to figure much of it out. So priorities have to be defined somewhere along the line.

there are many half truths mixed in for good reason.

Yes I agree. I recommend reading Machiavelli, and also the “48 laws of power”. As an AnCap and an Austrian-school econ fan, I believe we are all ultimately best served by free trade and open markets -if we had those then I believe we’d be well past Mars by now and have a much greater understanding of the universe and ourselves (but cart can’t go before the horse unfortunately). Humanity is still evolving and our brain is at the forefront of that evolution - as testimony to that is the fact that many of the genes for the human brain are on the X chromosome (the key evolutionary genes of sexually reproducing species are mostly on that species X chromosome) as that enables faster evolution. Yet we also evolve memetically and this is a very powerful form of adaptation that can and does easily counter genetic evolution - as the interests of genes and memes don’t always coincide. Hence lies are spread to maintain the power of various factions and those lies that have the most power and reach are those of the oligarchy as they have the most time and energy to push such lies/half-truths and self-destructive memes.

Just gonna post this here because it’s a lot of fun, and worth hanging around for the plot twist at the end:

@tburages
A week ago today my brother's 13-year-old son had his 2nd covid shot. Less than 3 days later he died. The initial autopsy results (done Friday) were that his heart was enlarged and there was some fluid surrounding it. He had no known health problems. Was on no medications. https://t.co/5q3jnF6okQ

Do you stop wearing a seat belt just because you heard about one person dying in a crash who was wearing one?

Should we shut all the roads down because thousands die in car crashes every year?

No, we should, and will, replace all the distracted drivers with science. 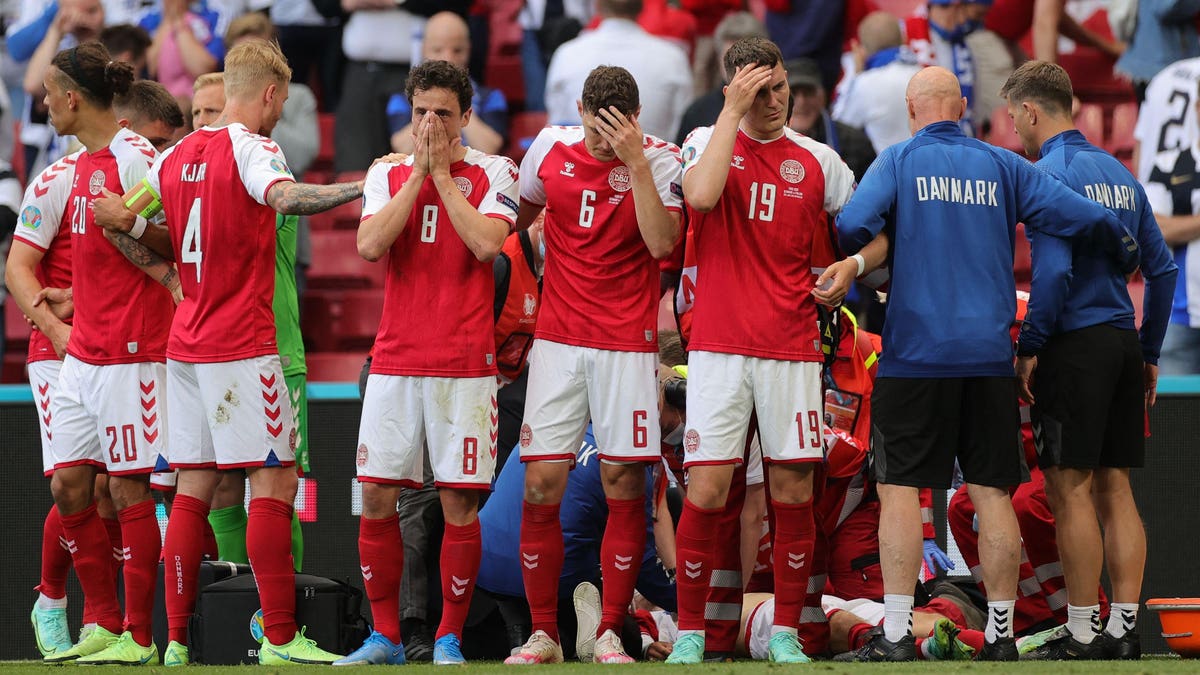 Kids have a minuscule risk of dying from covid. So for me, promoting this vaccine to kids to “protect others” and even worse mandating it (which I can see coming) is criminal in my view. Take aside the immediate risks, we have no long term safety data.