Go MaidSafe!! I think it’s a great decision that the Safe Network Foundation will be based in Switzerland.

Thx 4 the update and all your hard work Maidsafe devs

Our fervent hope is that the Safe Network will be the one that finally gets it right.

You super ants sure doing everything to get this right, please just keep putting
the puzzle together. Now more than ever the world needs SAFE Network, although some might not realise it yet.

Governance on a decentralized network

Keep on plodding on guys. It will be amazing when its all finished. Thanks you to the whole Team for the dedication and commitment every week! 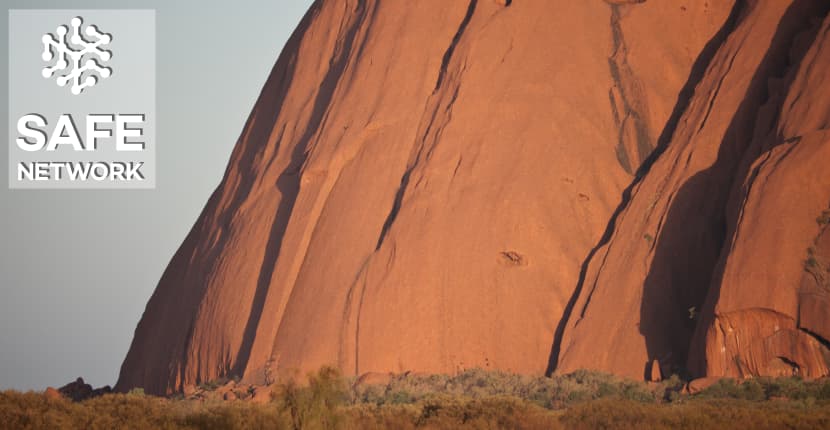 If Safe Network will be decentralized it won’t have to “answer to” anyone. Have you given up on making it a fully decentralized network? Why are we considering censorship of the network now? What changed?

The answers should be above or in the following thread: Dealing with horrific content or something

If MaidSafe/SafeNetwork is to be truly separate, free of oppressing forces , rent Spectrum or Fibre to create a backbone and stop using UDP/IP & TCP/IP all together.

The way to do this is design the entire system to function as an OSI Layer 5 Application Network over top of SCTP, which interconnects all Nodes in the Application Network(and is multihomed highly available with UDP like msg capabilities built in)

The secret sauce imo to scale securely in creating such a brave new world is to use upper layer/lower layer “2X Stacked” OSI Layer3 ‘Split Addressing’ that makes use of private addressing in URL form (No more OSI Layer 4), also replacing all routing and DNS functions with a modified Location ID Separator Protocol variant implementation based what would be a MaidSafe developed LISP-DDT-Mapping Service transform ,

This time modifying such FOSS to in parallel, run existing IPv4/IPV6 Mapping as the Control Plane only, yet also run a “ships in the night” instance on the same node which only makes use of ICAF Type of MaidSafe URL LISP Endpoint Resource Locator Path “ELP” Mappings as nextgen form of servicing system or device client GROPE/RIG lookups to the MapReg of LISP-DDT-MS, with MapResolve and connections across the spectrum/fibre suggested. Run all the ERT, IRT and MCast Routers into NamedSpace Zones of LISP as contianerD deployable instances (no need for router iron).

go to Lispers.net to learn more Dino F. who runs lispers.net invented LISP at Cisco in 2006 officially, although as early as 1994 there were heated debates about it at cisco. Dino maintains the most recent form of LISP on gitbub. He invented it as a way at Cisco as a way to replace IP routing Tables with “IP stacked over IP split addressing”, They would not listent at first, hel left went to Porcekt for 5 years, then Cisco bought Procket and they woke the LISP effort bsack up in 2006. LISP has been ready to go imo as early as 2013.

The secret sauce is CXL2.0 running on PCIeGen5/6 in the Colos hosting Safe Network Nodes. the CXL2.0 Logical device connectivity requires a kernel driver build to advertise presences, do Map Service Lookups and act as the ELP actuator, where the Logical block Device to which the App Instance Layer 5 node writes is system /or device agent published to the HOS as a mount point representing a symbolic link block device, essentially a locale device which is mapped to the ELP upper layer address LD destination (Storage, mem, another process/app, etc…) . The Symbolic link/label representing the cxl2.0 LD using the ICAF Type URL+cxl LD hybrid address format is reflected by the NIC IF daemon into the System or SNIC offload Device Linux Host operating System.

Windows support? Install/Run these instances as Guest OSes in VMs on KVM Hypervisor and install Linux as the Host OS, its what MS Azure does nayway with Windows II in the cloud…

I am glad to discuss the details, with anyone at Maidsafe/SafeNetwork who can grasp what I am presenting here and why its so important, if you truly want to be free, be free of IP.

To go between LISP-DDT-MS NamedSpace Zones hosting DCs or Colos, transform the “Uberlayer” address mapping model of LISP-DDT-MS to make use of a SafeNetwork created ICAF Type URL+Cxl2.0 Hybrid Address EndPoint to ‘external’ IP4/IPv6 RouteLocator Hybrid inter-ELP Mappings to make use of existing multi-provider inter-DC WAN MPLS tunnel services over IP (or possibly VXLAN), or alternatively do same with FlexE for Metro Interconnect.

David, if you Truly want SAFE NETWORK to be free and private get your OSI Layer 3 Split Addressing act together on your or fork of LISP-DDT-MS and design, develop,deploy as above.

How would you see that bypassing regulators and laws of countries that just ban the tech?

It won’t. In fact it won’t do anything at all that you need. You can safely ignore it.

you run two instances of LISP-DDT-MS MapReg and MapResolve pairs sharing the same DDT, one instance that uses IPv6/v4 addressing the other is offered as private addresses of what ever ICAF Type the client wishes, for example the INt’l Traffic Control systems is working on using GPS addressing, its private composable addressing. Any dual MS implementation needs to modify/create a separate GROPE/RIG for client MS lookup purposes and supply that to the clients using the alternative ICAF address structure.

The LISP Upper-layer Addressing used by the OSI Layer 5 Application Network instances (ie- Safenetwork nodes) use SCTP, which hole punch the firewall encapsulating SCTP in UDP anytime you go to the 'other world".

a system that allows controlled disclosure of personal financial information to 3rd parties, such as regulators

Do you mean to tell me that you’re planning to build in (or have already built in) government back doors?

Do I have to remind you how colossal of a bad idea this is? All of history shows us that government simply cannot be trusted, and yet you want to give them the keys to my account? Have you lost your moorings and gone adrift?

And yet you want to build in a back door for these cretins. Just step back a moment to look at the tyranny going on in the world around you, and you’ll see clearly why this is the LAST thing you should be doing.

And here I was thinking all this time that SAFE was intended to be a bulwark against these brutes and bullies. What a betrayal of trust this is. And you’re not even in production yet.

Users will still, understandably, desire economic on and off-ramps in fiat currency for ease of access to Network services, and also get money back out of the system to cover hardware and utilities. It’s these entrance and exit points where the money laundering risks bottleneck, and can be addressed.

We are anticipating doing this through:

a system that allows controlled disclosure of personal financial information to 3rd parties, such as regulators

In context this is for exchanges where this is already the situation, and is the potential solution to the question being asked.

IE Answer the question with the current situation when people exchange any crypto for fiat. And no additional requirements for the Safe Network to be built in. The opposite to what the out of context quote implies.

Do you mean to tell me that you’re planning to build in (or have already built in) government back doors?

No. Precisely the opposite.

Private data is always private, and only between you and those you choose to share it with.

Should you, as an individual, need to share that with another person or organisation to fulfil your own obligations, then you can do that—it’s all under your control, and just between those two parties.

This is in contrast to other systems where this is all done on public blockchains etc.

Private data is always private, and only between you and those you choose to share it with.

I like that. But the policy in question (“a system that allows controlled disclosure of personal financial information to 3rd parties, such as regulators”) runs counter to it. In short, this is a government back door, out of my control and the control of those with whom I choose to share.

Thank you, but I’m not seeing discussion where policies driven by the second bullet point will promise to limit backdoors to exchanges where this is already the situation.

Also, your second paragraph is non-sensical. I can’t make heads nor tails of it.

The second paragraph is simply saying that the policy is stating what happens at exchanges, not the safe network. That is the Safe network is not introducing anything (eg KYC) to reveal info to 3rd parties. It all depends on what site you use for exchanging your SNT to other coins/fiat

Safe has absolutely no control over what other sites (exchanges) do with your information.

That is all they were saying. Safe reveals nothing and doesn’t need to to satisfy the regulations and its whatever service you use to convert to fiat that has those systems in place thus satisfying any regulations.

Got it. Thank you.