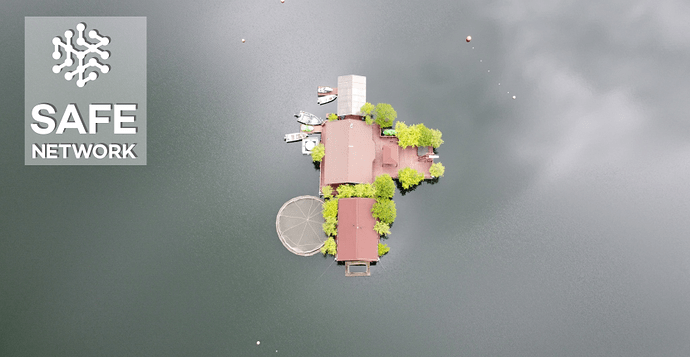 We’ve been talking for a while now about the refactored process for electing new section elders and managing splits. This week @anselme digs into the thinking behind the belt-and-braces approach to this.

@Chriso is refactoring the processes for signing chunks and registers and testing storage and DBC double spend.

@roland is working up tests for the sn_sdkg AE and membership functionality described below.

Mostafa has been researching decentralised consensus mechanisms and is reviewing our current setup.
@davidrusu is reworking the join process to include network knowledge update before join.

And @anselme and @dirvine are refactoring the authority process as described last week.

@bzee, @bochaco and @joshuef are working on debugging lower level stability. We’ve seen a combination of slow message handling and bugs in connection management causing issues on occasion. So we’re taking a deep dive here. We’ve made some progress, simplifying how messages are handled and are keeping on on this front, as it seems like it’ll be quite a promising refactor, both in terms of code simplicity, but also stability.

We just integrated sn_sdkg (Safe Network synchronous distributed key generation),replacing the previous version where we saw failures and timeouts when networks were slow. The root cause is probably that we are using timers. This new DKG process does not use timers, in fact, we don’t want any timers on Safe, anywhere, at all.

DKG is not active, it’s just something that nodes do in the background when they receive system messages, and they can run multiple sessions concurrently.

As well as using anti-entropy (AE), sn_sdkg also introduces gossip, to make sure nodes receive any messages they might be missing, so that everyone is eventually consistent.

Let’s walk through it.

The first step in the process is the elders send a DkgStart message. This happens when one of two situations arises. The first is when a node arrives in a section that’s older than one or more of the current elders. In this case we have to handover - the new node is promoted and section knowledge passed on. The second scenario is when the section gets too big and splits.

When there’s a DkgStart event, the elders generate information in a structure called DkgSessionId (the format is called a ‘struct’ in Rust). They sign this struct with their BLS key share and exchange it with the other elders. Each DkgSessionId provides baseline information about the current state of affairs and is unique to a DKG round.

The prefix is the current section prefix. In the case of a handover it doesn’t change. In the case of a split it does, and we add a one or a zero to our current prefix depending if we’re on the 0 or 1 side of the split.

The elders field contains all the new candidate elders for this DKG session, nodes with a node age equal to or greater than that of a current elder.

section_chain_length (to be renamed) is the distance from the current section key back to Genesis. We can think of it as the “section generation”.

bootstrap_members are the current elders in the section.

Once nodes receive DkgSessionIds from all the current elders they can start a DKG session.

All current and candidate elders receive a DkgStart message that’s addressed to them and in which they are included as elders in the DkgSessionId struct.

Each of these nodes then generates an ephemeral one-time BLS key that’s only used for this DKG round. This ephemeral key is signed with their ed25519 key, which serves as their identity, so the other nodes can check if it’s valid.

Next comes the voting stage in which each node can generate their own keys for voting. We use a process borrowed from Poanetwork’s key generation in hbbft which ensures that each node can only generate its own key and not use information from other nodes to generate a separate key for the DKG round.

The nodes are voting on which among the candidates and existing elders should now be the section elders.

Once voting is terminated, the candidate generates a new key that it sends to the current elders to prove that it is eligible to become an elder (because a supermajority of nodes have signed it with the newly minted key). So DKG is a sort of test for a good candidate. If they don’t finish DKG, they are not good enough.

Multiple DKG sessions can happen at once. Every time there’s a new member in the section we might (if the new node is older than any of the current elders) have a new DKG session, so if while one session is ongoing a new node joins, another DKG session can start. Some will terminate, others will just time out and fail. It’s a race, and we pick the first one that finishes. Later, if it turns out that there’s an older node that’s not an elder, the process starts again.

If there is a tie, we only want one winner, i.e. one new elder. Handover is a process that uses consensus to decide which one should win.

In these stages mentioned above, receiving a DkgStart message, creating an ephemeral key and voting, we need to make up for network issues and slow nodes. For example, we need everyone’s keys to start voting, if not we get stuck. So we include AE in every key-related message to provide information that a node might be missing. AE is lightweight and an efficient way to make sure all nodes are up to speed.

To wrap up then, we have multiple mechanisms for resilience when handling handovers and splits.

Active AE means that nodes are sent information from the previous step in case they missed it.

We also have gossip as a back-up. If you’re in a DKG session, you’re ready to receive ephemeral keys or votes from somebody. If they don’t show up you send your current knowledge to the others in the hope they will update you. Also, if you receive out of date AE from someone, you can update them.

So gossip has two purposes. To make sure we are up-to-date so we can move forward, and to update others, so we can get to termination.

Together with AE and allowing for competition between DKG processes, this provides a much more robust process for promoting new elders and handling splits. During splits we have two DKGs going on rather than one.

First person to get 3 times third, I am the master of Bronze!

May the fourth be with me.
Thank you one and all who have had any input to this update.

This is one of these updates that needs read several times. Someone (not me) should collate all these updates.

Thanks for the update and hard work again!

but we are removing that right now. It’s currently too complex and not doing what we want. So we will prioritise such messages at the quic layer only for now. When messages come into Safe or up the stack then with async it’s hard to prioritise in an event-driven framework. Our aim right now is stability and measurement then perhaps study that optimisation. It seems the best route to take.

Is it like this then, do I understand in correctly:

Nodes don’t do prioritization in regards what incoming or outgoing messages they process. But there is a ‘quic bottleneck’, that decides which messages passes first. Does it sort both ingoing and outgoing messages? Is there still a risk, that a flood of incoming messages (requests for chunks for example) can hog the resources needed for system housekeeping work?

I suggest installing a Mermaid plugin for Discourse. That would be useful because a diagram is often much more meaningful than a long text.

Interesting concept that it’s basically a race for the DKG to finish first and settle.

Keep up the good work and hacking super ants

Is this why there are renewed attempts at multi-thread?

There were some code paths that were wrong, and a single thread showed that. It’s in flux but @joshuef has been banging on this hard and in a single thread he got messages on a thread down from 4-20secs to just a few nanoseconds. So much faster that dashmap (a thread safe container) was overpowered as it does sync checks. So removing that for a simple hashmap or similar gives us blinding quick comms.

This has been a mega problem and I suspect we found the sneaky culprit. Benno and @bochaco with some others are hunting around the edges.

I am quite excited about this as I feel that is the big blocker we have. Fixing this is removing a ton more code too

and also allowing us to get much more creative, never mind fast as …

Thanks for the update Maid team. Excited to see the results of the next testnets - recent work sounds like much progress has been made with roadblocks.

I used an AI text to image generator using the words “Safe Network” and this is what it gave me today: 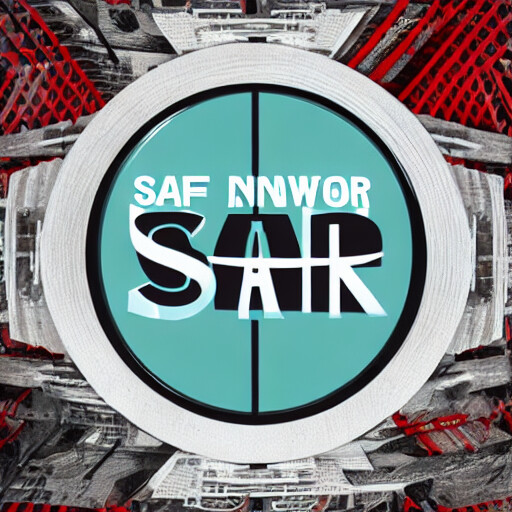 Lazy question, are there free AI image generators that I can install on some server?

Ones that you can recommend.

I want to play.

There are a lot of free to use online copies of it, but the code is here: 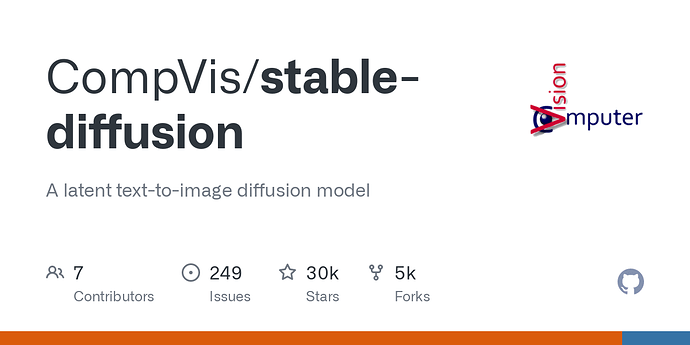 A latent text-to-image diffusion model. Contribute to CompVis/stable-diffusion development by creating an account on GitHub.