Very worried!!! SAFE is our only defense against these crazy systems.

Give individuals back their monetary systems, free information / trade, and individual power so we can stop suffering this ever-worsening centralized system…

Give us a secure platform to connect and show each other that we aren’t racist or isolationist like our election suggests… The more connected we are, the safer we all become!! SAFE SAFE SAFE

Give individuals back their monetary systems, free information / trade, and individual power so we can stop suffering this ever-worsening centralized system

Well, that sounds like quite a republican mindset to me. Freedom, not tyranny/dominion of the 51%?! You should be happy bro.

I’m not saying I like Trump, but a talking turd would be better than Hillary imo (luckily). The media machine was clearly on Clinton’s bench despite her appalling history and reputation, which should set off alarm bells when looking at the mainstream media message.

I despised Trump at first, I still think he’s a tool. But looking closer at some of the ‘terrible quotes and comments’ and seeing them in context is revealing; I found myself quickly realising why he’s popular and agreeing that he is the better option.

I don’t think Trump voters are racist isolationists any more than Brexit voters were - although we were called the same and of course racist people did vote for their agenda. That’s why the polls were wrong. Media bias put normal people off being honest about how they would vote for fear of being tarred a racist bigot even though their reasons were very different.

At the end of the day I feel like King of the Gungans beat out Emperor Palpatine. I don’t believe in the need for a political class, but I know which figurehead I’d rather see up there, despite/because some of the stupid things he has said and done already.

There is no right or left, there is only dominion or freedom, centralisation power or decentralised accountability. Political ideology is just theatre attempting to play on your emotions to manipulate you. Who cares if it’s Stalin or Hitler, nationalist pride or communist sensibility?! The problem is always the same; some people are able to project their unfettered bias into the lives of others, and all people are stupid/limited and make mistakes, so there needs to be a decentralised and incorruptible feedback loop of accountability to stop power from being exerted where it causes harm. Law doesn’t work because it has been co-opted from inception (lobbying/corruption) to enforcement (richest people buy the best lawyers and rarely end up in court, even more rarely in jail).

Trump is much better for the anarchist agenda, we need our leaders to look a bit stupid. And change is better than the status quo imo… at least we’re moving somewhere new

When SAFE comes, and it may be a ways off man its going to upset the BS on this planet.

With Hillary I kept thinking of her treatment of Assange. For exposing the Bush admin on Iraq she wanted him transported to theUS and tried as an enemy combatant and given capital punishment. Look who the Bushes wanted to vote for.

My problem with Trump is that, as a definite narcissist and a likely sociopath, his mindset does not include looking out for anybody but himself. Whether his interests line up with those of the public can at best be coincidental, and they are subject to change. It doesn’t help that he only need to please one half of a single country to maintain power, which leaves the rest of us pretty screwed.

For one, the USA is the 2nd largest greenhouse emitter of the world already; now all breaks will be removed.

EDIT: I have to correct myself, because I have plenty of problems with Trump, mainly connected to him being a despicable human being.

USA is the 2nd largest greenhouse emitter of the world already;

Will things like Solar power taking over and everything becoming more power efficient over time help here? He can’t stop all good progress in the world Democrats, Trump, and the Ongoing, Dangerous Refusal to Learn the Lesson of...

Will these two cataclysmic events be the peak of the West’s implosion, or just the beginning? It all depends on whether we learn their lessons.

This is by far the best article I’ve read so far about the election.

Yes, but it won’t change anything substantially, I’m afraid. The coming economic crises might help more.

Nontheless, keep fighting, for a new dawn will rise

@Jabba Great article, thanks for sharing.

Likewise for the vid, just watched it 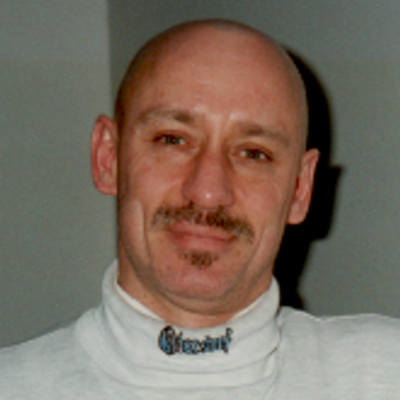 Hillary may go down in history as the person who stole the chance (thanks DNC!) from a more formidable contender to stand up against the Monster of D.C.

EDIT: There needs be a proper villain name for The Donald… Maybe Orange Ogre?

The Tangerine Tyrant and his sidekick Rancid Rudy

The No-BS Inside Guide to the Presidential Recount Sorry, no Russian hacker hunt...

by Greg Palast for Truthout There's been so much complete nonsense since I first broke the news that the Green Party would file for a recount of the presidential vote, I am compelled to write a short guide to flush out the BS and get to just the... 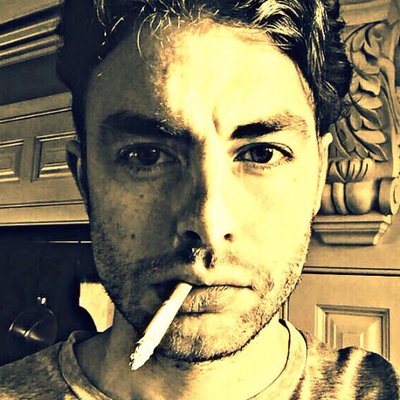 LOL, what did he smoke

It has to be seen for what it is. The elites blocked Hillary with the electoral college, but anonymous may have helped convince them. Eitherway the elites did not select The Donald and nor did his own party-they tried to abort him. The people did not elect him, the actually preferred the other least popular candidate in history by 2 million votes. World leaders did not want him. Unselected, unelected, unwanted accident- even he didn’t think he would be there.

But he does not disappoint, his choice for the EPA should get him impeached right off for failing to carry out law supported by the people and in defiance of the people. He doesn’t seem to understand that he can’t profit from the presidency through an executive order put in place by Nixon of all people. He still thinks he won’t have to announce his networth or taxes.

He doesn’t look like he can make it two years. Irony is Bernie would have beat him, but Hillary cheated and it helped bit her in the ass. Dems actually picked up seats in the house and senate and won popular vote by 2 million. Current Repub power is illegetimate, discredited and outright rejected or despised by a majority of the American people and the world, also has no vision and no ethical compass and its reflex is to try to victimize and flogg a terrored out people that are in no mood who have deja vu coming on. In 08 even Lockheed Martin thought the sky was falling and in a color center fold out in Forbes announced perfected fusion- 100mw on moble bus sized unit, showed the unit and the developers. Sky didn’t fall so it shut up.

GOPs only plan is to save its money (petrol) but that is a pure loser as petrol is dead. There couldn’t be a worse investment in history because current battery backed solar is already better than demonstrated perfected mature hot fusion with a market foothold. GOPs whole idiotic plan now is to to force people to buy petrol at gun point. Way, way, way too late. They couldn’t sell it if they gave it away. We used to fight for petrol now we will only fight against it. Even beyond climate change it is recogized as the driver of war and instability, a concentrator of wealth and power that not only creates wage slavery through the inefficiency and strain it put on a society it also drives toward mideval hereditary monarchy and nuclear war.

But battery solar is distributed hot fusion, without much heat addition and much less need to build out a grid or expensive plants and its a cord cutter a disaster hardener and a job creator and plan for a whole new sustainable economy. Petrol at best is just a back up and now public enemy number one, the recognized source of all the terror mongering, facing divestment, obsolete and in a worse position than big tobacco ever was- completely unnecessary (save for plastics- all other trasport/heating better as electric) and assciated with evil and greed.