Trump now wants to shut down the internet

Almost two weeks of daily craziness and barmy executive orders and still Trump manages to come up with plans that scare the s**t out of me.

[EDIT: just realised this was from December 2015, but I’d not heard this one so I’ll leave it up because as we’ve seen so far, he is carrying out his campaign ideas, and fast]

Ever since he took up office the need for SAFEnetwork has been immediate. I hope we can get it rolling soon. So, here is the report: 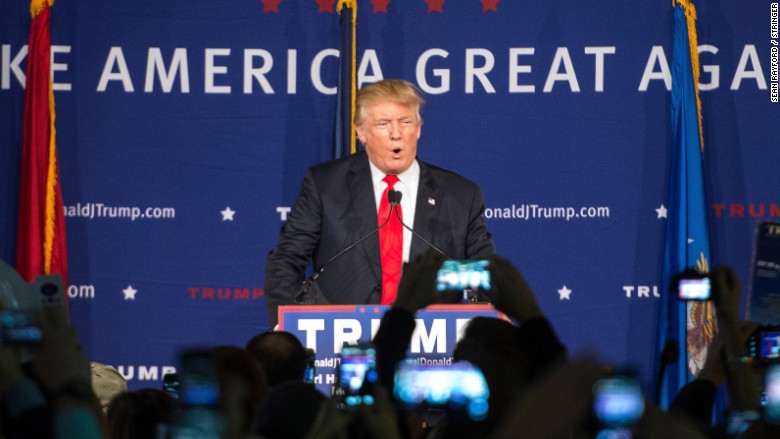 Donald Trump wants to 'close up' the Internet

Donald Trump has called for a shutdown of the Internet in certain areas to stop the spread of terror.

What an idiot close up the internet what about maid you going to close that up to lol!

Really wish the media hadn’t fed into him and gave him so much more undue validity and PR than they did. Didn’t help how corrupt Hillary was. I was a Bernie man myself although I’ve always been on the fence of what kind of role govt should play in our lives and how big it should be. But I agree @happybeing I am daily shaken.

I’m more concerned at this point with him starting World War 3. I always try to stay positive about any and all situations, but this guy can’t keep his mouth shut about anything. He has no respect and not in a funny Rodney Dangerfield way.

The wall is actually for people who walk across the border. Airplanes are too expensive for most illegal immigrants to use. There is also extensive air traffic monitoring between Mexico and the US, although some drug dealers still sneak through, as you point out.

I would say the ship has perhaps sailed for any war crime investigations on Bush in Iraq and Clinton in Yugoslavia, but Obama should certainly be looked at. Libya was illegal as hell, as was Syria. There is also a lot of questions about responsibility for Saudi crimes in Yemen, using weapons that Obama sold them.

Hey everybody, although I do understand that the name of this particular president does trigger some thoughts, please keep this topic about the #cybersecurity aspect of the president of the US as linked in the OP

Sooorry abooot that! (Practicing my Canadian for when I decide to get out of dodge). Back on topic now

Obama is just as much a part of it as any other i agree. Just wonder how donald trump’s presidency will affect the crypto world

I’m not a big Trump fan but neither do I give any credibility to CNN as they are well known for distorting reality or just publishing plain fake news.

@thehun we now have to be careful with all sources (I find twitter helps a lot because you can tune into the individuals and organisations which you find reliable, unlike with Facebook or search etc). But, we should not dismiss everything from any source, for various reasons, but not least that a corrupt source could then discredit a true story by publishing it!

Anyway, in this case if you follow the link, CNN will let you watch the video of Trump, where he says this stuff in his own words. Do but much to dispute here!

But, we should not dismiss everything from any source

I’m not 100% convinced by this. Although I’m really just arguing for the sake of arguing.

I’ve seen the video and agree Trump is like a mad old man with no idea what he’s talking about. That doesn’t mean I can’t or shouldn’t immediately ignore any news coming out of an organisation like CNN, or Fox, or The Daily Mail, The Sun or whatever. One of the only ways I can keep a thin grip on my sanity is by completely disregarding anything I hear that comes out of these kinds of megaphones. That doesn’t mean I disbelieve any specific thing they say simply because they said it; it just means I refuse to listen to a single word of it and by drowning out that mainstream noise I can filter my way down to the few sources I find ‘credible’. I really do think we should block it out rather than try to judge it in context. It becomes the context very quickly otherwise. It’s very easy to fall for mainstream messages if you hear the same points over and over and you don’t hear as much of the alternatives. Block it out I say! None of us are as smart or impervious to manipulation as we think we are

I don’t listen to or believe a word of any of the rubbish these guys publish. Although my hermit lifestyle makes it easier to ignore than most I guess. Like you say @happybeing, things like twitter help a lot because you can develop a pool of people whose opinions you have some respect for from either side of the political spectrum, and then judge from that clearer and less muddy picture what is actually going on.

So yeah, I don’t believe a word of what CNN say, even though some of it will be true. It is better ignored imo. Better to go higher up the food chain of information to proper sources with journalistic integrity or better access to information imo. The big dogs of media are the worst places to go for any real info. We should all boycott them and instinctively be on our guard and very sceptical if we ever accidentally overhear the latest bit of rubbish they’re spouting.

But yeah, Trump’s crazy is looking just as scary as Hillary’s crazy-corrupt was looking.

/gulp for humanity. It’s all good for the dem-anarchist agenda though. We need leaders to look like morons and to fek things up. We need to lose all respect for them imo, then maybe we’ll finally have our own revolution, decentralise accountability and fix the underlying problem - power without direct accountability leads to a lot of harm.

I think we’re in agreement if we say “disregarding” rather than automatically “disbelieving”.

But, we should not dismiss everything from any source

Yeah, it was just the quoted line I took objection to because I make a mental exercise of consciously dismissing everything I hear from certain sources.