TISA and how will it affect SAFE?

One of those low profile fast tracked international trade deals you don’t get to hear about. I’m still wondering if this is good or bad news but more importantly how this might affect SAFE. I imagine thought it might enhance the demand for SAFE even further.

TISA: Yet Another Leaked Treaty You've Never Heard Of Makes Secret Rules for the...

A February 2015 draft of the secret Trade In Services Agreement (TISA) was leaked again last week, revealing a more extensive and more recent text than that of portions from an April 2014 leak that we covered last year. Together with the...

They might want to think they can force this true through but states never give up their soveriegnty.

They might want to think they can force this true through but states never give up thei soveriegnty.

Really? We’ve had NAFTA going for several years now and now the states have shoved TIPA through too. Nevermind that the banking cartel has usurped control of almost every nation’s currency on the planet and whole wars are being waged against the few remaining hold outs.

In the US there is some dispute over punctuation in the Constitution and founders intent, but it doesnt matter it never will never will be the supreme law of the land as some insist it is. US is running two protectionist candidates who would scrap the whole body of trade agreements. We’ve reached a turning point.

US is running two protectionist candidates who would scrap the whole body of trade agreements. We’ve reached a turning point.

Good luck getting out of it. While you’re at it do you mind scrapping NAFTA? As it gives only a 1 way advantage to the U.S. and buggers Canada over completely.

Really? We’ve had NAFTA going for several years now and now the states have shoved TIPA through too.

Ah yes I think THAT is what I was referring to but yes. Gah so many of these bloody trade deals. TPP, TIPA, now TISA. And @Warren thinks nations would never sell out their sovereignty. Don’t you realize the U.S. is a corporation bought and sold on the stock market? 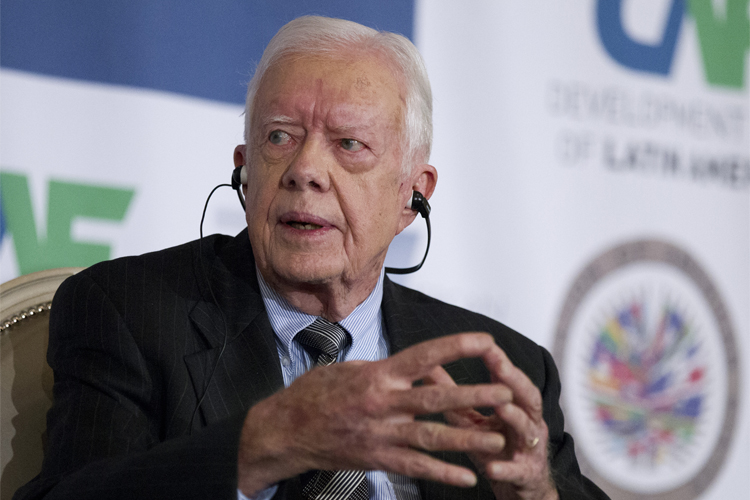 Jimmy Carter: US “has no functioning democracy”

I just think its reached a tipping point. These trade deals pit ordinary people the planet over against each other. But these deals like the secret one Nixon made with Vietnam and then reneged on do break and fall through. And they can break all at once. Wars, trade wars, natural disasters all of these can lead to their suspension or dissolution. What almost happened in Japan with the ripple from Fukashima has in the aftermath freed Japan from from its client state status. Its is now militarizing under a Right side leader. Being in client status may be about the strictest set of trade agreements possible but now cord has been cut on that due in part to time but also to natural disaster and the national response to it.