The Cambridge Analytica scandal is a drop of water trickling down the visible top of an iceberg. Focus on decentralizing power

I know there’s not an explanation on Maidsafe or the SAFE NEtwork and amounts to a mere name drop, but felt it was relevant enough to post. Feel free to move to a different topic if “Press” isn’t fitting. Maybe someone would be inclined to add more about the SAFE Network and Maidsafe in the comment section.

The Cambridge Analytica scandal is a drop of water trickling down the visible...

We need open and robust debates. We cannot afford anything less than this. Too much is at stake. Part Three.

Nice find. We really need to think more about leveraging this. There will be more news coming out about this and other social media companies. The chans have been mapping Zuckerberg’s massive divesting from Facebook stock over the last few months. It will probably catch a lot of attention in the Q1 filings. The CSO and others are abandoning ship. Plus, Sheryl Sandberg has been linked a number of other power players in social media and politics back to the Senior Executive Service and the swampy shenanigans going on there for the last couple decades.

The fallout is going to get much uglier and Maidsafe et al. should seriously consider leveraging this crisis as an opportunity to show off a legit solution before others get a head start…

yes, a very refreshing drop of water in fact. I too see that it will bring more attention and consciousness on privacy and centralization ideas.
All in all these are good days to be lived

I absolutely agree. This is a golden opportunity for the marketing team to invest time and money in Safe Network awareness.

I know it’s long and some might not like the political angle, but this is what seems to be happening behind the tech news and why.

Too few likes in my opinion jajaja

I’m just finishing it now. The end is specific to blockchain and the future of distributed consensus…I recommended the video a bit early…but actually not having finished it…I totally recommend it…It’s totally possible to watch it at 2x if you think it’s too long.

Not sure the best thread for this, but I’ll leave it here. 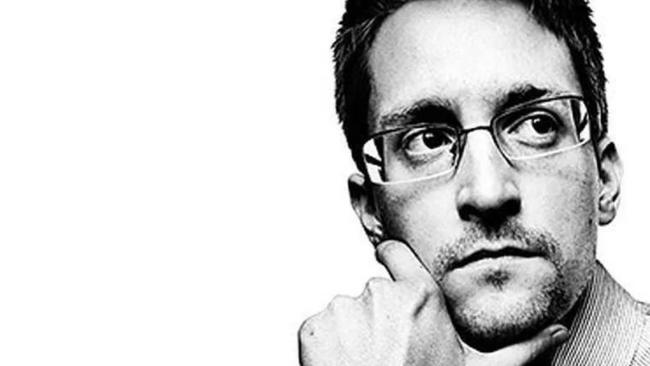 Civil libertarians and security researchers have long been concerned that otherwise inadmissible intelligence from the agency is used to build cases against Americans though a process known as "parallel construction."

Cool. Just a small mention, but the DO use MaidSafe’s homepage as the masthead of the article, with attribution.

Idea… use this: https://minds.org and have maidsafe underpinnings power it and introduce everyone to decentralized safe internet…

Zuck's week isn't off to a great start.

Statement by the Acting Director of FTC’s Bureau of Consumer Protection...

Tom Pahl, Acting Director of the Federal Trade Commission’s Bureau of Consumer Protection, issued the following statement regarding reported concerns about Facebook’s privacy practices:“The FTC is firmly and fully committed to using all of its tools...

"Facebook is essentially a 14-year-old design ... So no, the answer is it will not survive long-term."

The fun part of this is that they’re up in arms about how someone who supports Trump may have used it to influence the election. What is not talked about but is far more important is that this channel has been being used by others for a long time.

The outrage that there it might have been used effectively (effectiveness as yet unproven, I believe) by pro-Trump people allows the much deeper and more disturbing truth to be exposed. Like Trump or not, his presence on the scene is exposing the deeper flaws of the current political/social situation so they can be seen and talked about.

Agreed…and the part of the iceberg still underwater is going to shock us all.

Coincidence that Assange was blocked from the internet today?

Get out the popcorn!

Two comments on reading this thread as a new member.

Firstly, a word of caution: Facebook is made up of humans and they may well read what you say here. Beware of coming across as triumphalistic or paranoid or conspiratorial. I don’t think that is what this community is like, and nor do I believe that Facebook is nefarious. Surely the issue of decentralization applies more generally, for instance in China (think of the Social Credit System). @anon63178599 No offense, but I don’t think it is right to say that MaidSafe should be “leveraging” this crisis “before others get a head start” if by that we mean that we wish to profit from this ourselves. I am happy as long as we have a good World Wide Web for all, even if something I work hard for is out-competed or superceded by something better someone else makes.

Also, this morning there was a programme about the issue The Real Story - How Do We Build A Better Internet? on the BBC World Service Radio. I mention it as it is the most coherent and comprehensive discussion I have come across on the issue.

I started to write a pretty triggered response to a rather condescending complaint about political correctness…but I decided against it. All I will say is to repeat what I said before:

Get out the popcorn!

The show is going to get interesting, so I’ll let it speak for itself.

EDIT: Pretty good intro to the subject by the BBC actually. Now, time to go deeper…

That’s a good programme - thanks for posting.

No problem, glad you enjoyed it! An interesting point made in the discussion was the remark that “technology has an inherent tendency for monopolisation”.

In the discussion,one of the panelists pointed out for instance that every time Amazon Web Services has an outage half the WWW goes down, and that in some countries the Internet is synonymous with Facebook.

However, I disagree with the point. The way technology has been designed so far makes it inherently monopolisable and incompatible with privacy, but it is possible to design platforms with the current technology to work in a more democratic way. I suggest that the main technological reason that this is not the way things panned out - i.e. centralized platforms like Google Drive or Facebook are dominant rather than Wikipedia, SAFE and GNUSocial are not dominant, is that it is easier to make networks in which every entity is uniquely identified and communicates with a central location. Secondly, there was not impetus in to design a system to be foolproof because overall in the developed world there has generally been sufficient trust in the government and companies.

Maybe there are other reasons, but SAFE and others serve to prove the assumption wrong.

Unfortunately none of the panelists gave any examples of decentralized networks such as SAFE, suggesting we have a lot more work to do!

I agree with the point about centralisation. This is less to do with technology than the cultural and legal environment that creates technology.

We have a cultural and economic system that makes centralisation of many things inevitable, and I don’t see how technology itself is anything but a product of, or reflection of this.

Insider trading- if fully employee owned fine but these non founder types shouldn’t even be allowed to have shares.

To follow the money you have to follow the tax. Trump’s tarrifs are as big as the fall of the wall. Bigger probably because its a response to the world abondoning the low economic efficiency petrol bondage. No ultra low economic efficiency petrol economy which is always going to be sub threshold for being even suatainable will ever be able to compete with high efficiency green economies that are decentralized with much lower cost of goods hence the tariffs as a hedge and double down as the US under Trump calls in its chips.

Petrol fuel/energy has been hollowing out the global economy for a long time. Its like some one who from a young age would drink only hard liquor (no water or green energy) and right now its at the liver failure stage after DUIs and incarcerations and divorces and bankruptcies and loss of credit and loss of career and becoming homeless. And right now we divest we divest liver killing dehydrating petrol or one of 3 things happen 1. Death of species as petrol bailout war goes nuclear in ping pong balls on mouse trap run away fashion. 2. Power down security state strategy leads to full species enslavement. 3. Widespread attempts at enslavement over petrol impoversihment with bail-in etc. lead to spread of civil wars across the globe with some that go nuclear with again high probability of death of species.