Tesla as opportunity and challenge for SAFE

Tesla will have to adopt SAFE or an equivalent or very quickly develop its own equivalent which it will then likely push as a standard. That presents an opportunity and a challenge. The opportunity is in Tesla’s problem requiring a massive leap in security to manage the wide spread catastrophic risk it is on the verge of potentially unleashing. Is it possible that IBM could do to MaidSAFE what Microsoft did to Apple with the Mac?

Tesla and other makers will need possibly the most rigorious decentralized (despite big data deep learning system servers, servers can’t be a point of failure) communications system yet so that its automated car network will not be hacked and weaponized and used as a tool for mass mayhem, murder and kidnapping. Tesla is out in front and the most forward thinking and most likely to set and push the standard and is open source friendly. Tesla also has a stated intent to improve the internet directly- an overlap other makes don’t share. Its desire to deploy micro sats for an ISP must also have something almost like the old Onstar approach in mind as well, but the cars themselves when they reach concentration as the nodes in a cryptomesh provide plausibly the best option- space has some real risks like the Kesler effect and latency that will keep it from being primary. Tesla is forced to basically use the battle field type crypto tech and the problem is likely very very similar so there may be an IP minefield, but SAFE may be a natural work around for security and as car/node market concentration increases grow to be a for tighter latency sensitive functions- but Tesla is facing the same set of challenges the battle field presents and needs a real time cognitive radio crypto mesh- SAFE is an analogous complement and more.

Tesla’s system is a real time system and will increasingly be a more exacting real time system with a deep learning AI component (implying a bridge to a more centralized but secondary network or server system like the SAFE to clearnet bridge) and may contact as demanding as game streaming, latency will be important but the cars can carry LiFi for mesh hops as market concentration increases.

MaidSAFE could at least ask for string free money from Tesla.

What I’m surprised is that they went with Linux. I hope they use some sort of virtualization or physical separation between instances running different sub-systems, because if there was a car that can be 100% taken over by hacking, the Tesla it is.

Here’s a fun video from a few years back: 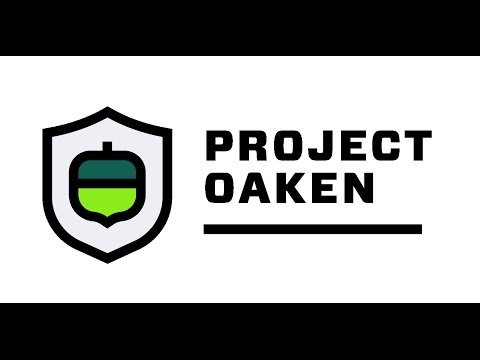 Project Oaken has put a Tesla on the Ethereum Blockchain: Come and preview our...

I looked into it a bit, and it seems Tesla indeed does a good job separating the different subsystems, even going as far as to putting them on different physical devices, not just virtual machines. The components communicate through APIs, so a simple compromise in one can’t directly affect the rest.

I’m thinking that this is the same issue that battle field com tech has faced for decades. Has to be robust, rugged, redundant system highly resistant to hacking, snooping and jamming or people die and liberty may be lost. Combine SAFE with cognitive radio mesh and LiFi and a lot of Teslas on the road and you have it. But a challenge is there have been defense firms working on this stuff for possibly as long as there has been an internet as the net’s original reason for being was to function as a self healing command and control network. But outside of defense and possibly a few commercial applications there has never been a compelling consumer need for this level of communications robustness. Politically we’ve always needed it, we just didn’t know it.

And Tesla as the one out in front certainly has powerful enemies, enemies with a history of being willing to do anything (less room to manuever now) where a negative result could wipe out the firm and set back the tech, and such a possibility along with legal and political resistance is that set of enemies only real recourse.

The pressure Tesla in particular is about to put on the petrol industry is beyond enormous. Its about to change perceptions of petrol forever- which will be hard for the finance industry because petrol has tried to insure itself- but Tesla points the way to a green refuge.

I don’t think people realize what a time saver never having to go to the gas station or worry about charging or fueling or most routine maintenance is. You don’t plug the thing in, its always topped off in the morning and you might go years with out ever having to visit a charge station and even then you can program that away where you don’t have to be present. You really don’t do maintenance aside from brakes (which last a lot longer) and tires and even those might be programmed away for middle of the night automatic service and billing. Car is at minimum (have to find the link it was on Leafs, 25x more reliable,) about 7x more efficient or 1/7 - 1/3 on energy cost in many cases and that may drop a lot. And its green and a lot safer and disaster hardens things and communities. I could see Tesla having all of this (has most of it now) in 3-5 years. And as we know Teslas are great at getting better with updates, but not ICE machines.

People don’t understand that electric vehicles will soon have a longer range and just as quick charge ups (5min.) It not about gas energy density as much as it is electrics being 7x more efficient and solid state Lion batteries (40% greater capacity, coming by year end, doesn’t heat, or catch fire, costs less, structurally even better and Tesla is ready) where even the best hybrid is not capable changing the equation much or being a good fit for autonomous vehicles even with a snake gasing system. Fact is in electrics vs ICE, electrics will soon be cheaper to make and operate for much higher, quality, convenience and performance and there will be no compromises on this superiority even at the margins and it will extend to every kind of vehical or transport implement save for rockets and with teathers or lev tech even those may go electric. Just ponder right now in the US alone there are possibly 100 million places to charge an electric vs less than 600K gas stations. It also seems clear that the car may be the new mesh backbone of the internet because of its compute density and mobile node capacity and need to push AI or at least deep learning.

And this one company not only brought on the vision, and has incedible corporporate good will where its competition has neutral to strongly negative goodwill, and where it has no encumbering sunk cost or roi to recover or denial to over come or market right sizing over autonomous or comparative capital problems over these issues but is actually run by the CEO most respected by CEOs globally by a huge margin and takes the top talent from around the world from its competitors at will and is less dependent on supply chain and is on the right side of regulation and political will where its competitors are not.

Let me put it this way, I see that Tesla and Musk already has more goodwill and respect than Apple ever had (which is pent up demand for the stock and product) it will build cars that that have bigger consumer drive than the iphone and once again unencumbered by phone/cable companies will form the back bone of the new communications infrastructure even down to IOT. You’ll stream from your car. And this situation must have SAFE level security. Tesla won’t have to charge for internet as node dense cognitive radio mesh gets around that- it just has to unlock what necessity is forcing it to build. Free internet with Teslas, but unlike with the charge infrastructure there will be no need to eventually charge- might be some SAFE economics.

Here a Dutch movie clip with English subtitles about a Tesla car inspection after 3 years and 271.452 km (=168.672 miles).
Like you said: the brakes last longer. They say the battery is still at 90% capacity of the original. Also 80.000 km between 2 services is probably not a good idea.

An older Tesla battery, would show that but I’ve been seeing that the problem of degradation of the battery is down to less than 1% over the life for new batteries so its solved and the motors are now rated for a million miles… And by life its 500K cycles. First time I saw this was in the context of adding a tiny amount if gold, but I think I saw something where even that isn’t required now. Still I see even that now outdated 90% was a great relief.

I work in a similar industry and we are somehow connected with Tesla, this is not something they would be interested in as far as I know…

Fair enough, but Tesla has a necessity for something as secure in short order. I wonder how long it would take MaidSAFE to finish SAFE if it had the resources of Apple.