I found out a project that I’ve never seen before. Looks really promising too and will probably launch before MAID.

They are claiming to deliver beta by early 2018!! The coin is doing good too. People seems to like the idea and they must did a great job marketing the product.

I wish maid spent a bit more effort in marketing.

Substratum is now way ahead of us in market cap

Seems like substratum is gaining the reputation as: the change of internet.
Everyone is talking about it on reddit and making many articles. But is it really worthy?
If you want, we can make a case study about $sub learning why it’s getting so much relevance and analyzing their marketing

For the most part, Substratum has duplicated much of the SAFEnetwork’s positioning (just substitute vaults with nodes). The unfortunate thing is that people who are not well acquainted with blockchain’s limitations won’t understand that at best, Substratum can only obscure the path to the data—not secure the data itself. In essence, Substratum is glorified Tor, but people chase what glitters.

I’d like to discuss one of our direct competitors “Substratum”. Please respond with what you believe to be key differences between Substratum and MAIDsafe.

The first thing I hate about them is their forum, which is just telegram. Such formats do not lend themselves to communicating difficult concepts. They’re just glorified troll boxes. Kudos to MAID for having a forum that allows people to actually communicate difficult concepts.

A major difference is the pay model. SAFE being pay once vs substratum as pay per click. Definitely an attack vector there to bankrupt a company just by reloading it’s webpage from your botnet. I’m sure they must have some mitigation for this, but will they have enough? Who knows, since technical details are non-existent.

Another major difference is the ability of people to vote content off of the network. They claim this won’t be able to be gamed by big companies or political bias. I highly doubt the political bias claim. I can easily imagine a social network call to arms on some political facebook site, telling people to go downvote a piece of content. Not good. Only the least controversial content will survive such a system.

They claim they will integrate an exchange into the system, so if you want to pay in LTC, and I want paid in DGB, they will do that for you, using substratum as the base currency. That’s cool enough, but such exchanges should become pretty common. It seems like a non-core functionality that could be better handled by others.

They claim to perform anonymous web hosting. Which means you can host dynamic content (apps) from their network.

They seem to imply they use sharding to store data, like Maidsafe.

Their one major flaw is that they seem to be willing to allow “community” censorship. If this is implemented, they will completely negate the entire point of having an anonymous hosting network in the first place, and it will destroy their product.

The reason I say “seem” is because they don’t talk as if they are 100% committed to anything in particular at this time.

If they allow the censorship door to open even a crack, it will be exploited to the fullest extent, rendering their entire project meaningless. Therefore, it doesn’t appear their team is truly committed to censorship resistance, unlike with Maid, where they make it a priority.

They have anonymity, but as you said, their idea about “community governance” completely destroys the concept of “censorship resistance.” Any powerful entity could simply model themselves as part of the “community” and vote down whatever content they wish to censor. China would do this in spades, for example.

The fact they could censor means it will happen if their product becomes a threat to somebody with the power to exploit that.

So this is a red flag whether they implement it or not, and is the reason that SAFE Network being an autonomous network is such a big deal.

SAFE Network is unique in this respect, no other system is truly autonomous, and no other project promises to deliver this.

Someone is not happy with Substratum (I’ve got that from the Riot chat today).
The article could also be an interesting read for the MaidSafe marketing team. 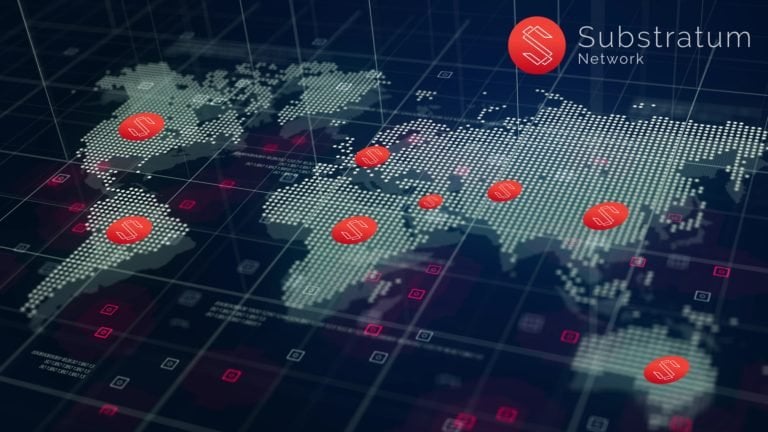 r/CryptoCurrency - Substratum is doing a second ICO after 1 year and starting to...

Ps: Maidsafe is mentioned as alternative somewhere in the Reddit comments…

Boy what a vote of no confidence in themselves. It smelled from the start

Could anybody tell us a bit about substratum? compare it to Maidsafe, please?

Could anybody tell us a bit about substratum? compare it to Maidsafe, please

I cannot, but read this whole topic and maybe this other topic could provide some info

Is Substratum right with their view on Browsers Related Projects

Appreciate someone with technical knowledge to comment on the stated view that creation of new browsers are not required. Looks like they are having a go at MS

Ps: and I hope anybody corrects me if I mixed it up with another project now and was talking crap…

I think Substratum has lost its karma