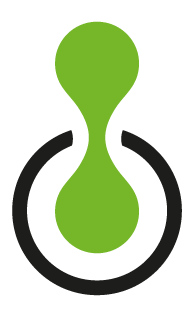 Good to see someone finally bring the tech to commercialisation.

The site claims the fast charge times, but this is basically in the lab figures. In real life such things as the current flow will limit the charge times.

There is a reason why Lithium batteries take so long to charge. The amount of energy to store is around the same amount (Lithium 30% higher) and the current flow is what determines the charge time.

To achieve the 5 minute EV charge, you need a couple of things, a charger that itself has supercapacitors AND a connector/wiring system that can handle the high voltage/amps in order to transfer the energy.

So you will not be simply replacing the batteries in your EV and using existing charging circuits, but you will require at least a add on that is basically another charge rate limited supercapacitor that can charge your vehicle in 5 minutes and it then charges at the lower rate that the existing charger can handle.

Thank you. Tesla did a 3 min battery quick changer and installed it at some superchargers.

The quick charging will be a real boost to the EV market. No more fear of being delayed because your car needs an hour or a few to charge. Really will be like “filling the tank” without the mess.

Well Tesla just joined a standard to bring about 300KW charging which is certainly 5 minute charging.

Tesla has quietly joined CharIN, the European based organization that sets CSS charging standards. It has completed a 150 kW standard and is starting work on a new 300 kW standard.

And just an update on Stor Dot now says its organic metal oxide EV battery can charge for 300 miles in 5 minutes and handle thousands of cycles, doesn’t get hot and is half the price of Lithium Ion batteries- and in my opinion that would mark total complete obsolesce for the ICE engine.

Israeli startup StoreDot is developing an EV battery that can charge in 5...

Well Tesla just joined a standard to bring about 300KW charging which is certainly 5 minute charging.

Can you tell me the KWH capacity of the Tesla EV Batteries are ?

KWH = capacity (energy stored)
KW = rate you can charge with

They must be using a secondary energy store in the charger, because no typical house could deliver energy at that rate. (well a 3 phase 80Amp pole fuse house could I suppose)

I agree. In the home its probably a smaller slow charge battery for quick top off of daily commutes but still at the 3x the cells per equivalent charge? Even at superchargers a bank of slower charging batteries for fast discharge seems apt. But can you clarify, is significant efficiency lost in a quick charge? Its telling that stor dot says its quick charge doesn’t get hot. If I am thinking about this correctly when a higher capacity battery quick charges another battery it doesn’t come close to discharging its full charge, and for a full charge must itself hold a lot more power (3x) but only the expended portion say a third need be recharged for the next charge?

is significant efficiency lost in a quick charge?

Using supercapacitors it is likely better. NiMH is like 130% energy required, lithium is like 115-130% on fast charge and (super)capacitors is 105% with the majority of the loss in the wires and connector resistance.

Now they are using a hybrid battery combining Supercapacitor tech with new Li tech. So I cannot be sure, but I’d expect it to be somewhere between supercapacitors and Li-ion

But some ultra fast charging systems use (super)capacitors to store energy while there is no charging occurring. A (super)capacitor is a very efficient store of energy. When using (super)capacitors to aid in energy delivery it is designed with the voltage-energy curve of the capacitor. There are a number of ways that it is and can be done, and the different methods have varying amounts of energy loss during the transfer because of the circuit/method used.

They are complex to explain if you are not familiar with the voltage-energy characteristics of capacitors. Basically the circuits are designed to suck the capacitors “dry”, but in doing so the circuit has to change the voltage from the charger capacitors to the battery being charged. And that is where the majority of energy is lost.

Thank you. Yes I remeber early on with Honda when I first started hearing the term super capacitor or ultra capacitor and having trouble with the term. Because you think of a capacitor as a this light weight thing that collects a static charge or voltage but not much in the way of amps or what people at the tradesman level think of as electrons. So marketing wise there was some dissonance that made it seem like a mental stretch. But when you speak of circuits that pull everything from the capacitor it statrs to click that 'super" marries current to voltage with the component . The Stor dot stuff where they talk of each carbon filiment as capacitor also makes the conection that they have brought super capacitor tech to fruition.

This is the last piece! 300 mile range five min recharge. I wonder if there is a way to get high efficiency inductive charging for convenience.

The size difference too is important. Supercapacitors (estimate) are like 300 times smaller in volume compared to the normal electrolytic capacitor (foil rolled with paper).

And even today they are finding ways to use the nano technology to reduce the size of the super capacitors even more. And these “batteries” that make a hybrid incorporating Li into the nano tech is one of the advances.

Even old style capacitors can kill. The 400volt caps in the PC power supply can be quite dangerous if you contact them. The smaller (size) capacitors in a disposable flash camera can deliver quite a shock through the flash circuit. Actually a common party trick to take the flash out of a disposal camera and wire it up to something.

I am kind of hoping that the LI comes out of the products all together. It sounds like its role in the newer designs may be spread thinner which would help but I am concerned about known reserves given what we’d need to build out the green infrastructure.