I was reading the prediction thread here and started thinking, ends up much longer and decided to make a separate thread. Anyways…

It’s $43 million dollars for what could be the best Dropbox, box, iCloud, Amazon etc out there.

Assume with 43 million dollars spent ALL on infrastructure and storage and management of network , at $0.01 per GB, we would get about 4,300,000 TBs on the network.

Now I am purely going at it assume safenetwork is just an AWS and cloud storage service with most cutting edge security and innovations.

Take a look at the following list of investments/revenue/market cap of company many of whom you would known and/or use sometime in your life.

Facebook an complete personal and business database of most detail about ones life has a market cap of $219.15 billion as of now. With about $247 per person. (Stop selling your privacy for dirt people .)

Google an massive big brother overseeing more than you can imagine or conceive has a market cap of $365.88 billion dollars.

I could go on the list for quite a while but you guys should see the point I am illuminating here.

The cloud computing industry is an est. of $160 Billion dollars.

What are most businesses and consumers going to spend on computers here and out? 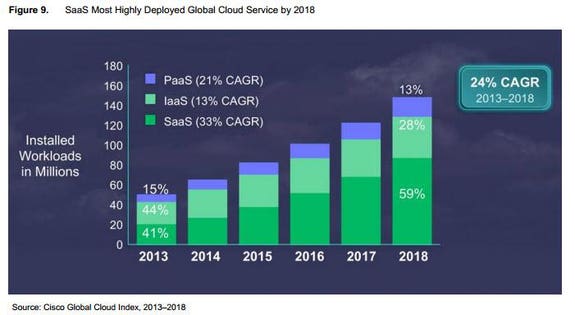 Global SaaS software revenues are forecasted to reach $106B in 2016, increasing 21% over projected 2015 spending levels.  A Goldman Sachs study published this month projects that spending on cloud computing infrastructure and platforms will grow...

We have been in the information technology or IT age since the late 90s. It’s an age that created Giants and Mongols of enterprises an age where we the people make a few strong. But for the future, we are ushering in the new age, welcome to the world of data technology or DT age. It’s an age where we empower each other to be strong as a whole. We the people become the massive cyber brain of the data, like ants that covers the planet.
(10,000 trillion ants roam the earth at any time.+ 50 million member per superorganism working in hive mind is VERY DAMN powerful)

We all know ants are incredibly capable creatures. They live in vast, interconnected colonies, can lift several times their own body weight, and coordinate their activity with incredible precision.

Now the key difference in IT and DT is not really about the technology aspect of things. Even we are experiencing game-changing, highly innvovative technology advances. It’s about the mentality of the people that has changed.

For the next twenty years, oil will not longer be the “commodity” it surely will be data. I mean we are eventually all getting something like tesla that requires no gas and IOT of everything we use. Certainly it will further expand the data supply and demand in a exponential way.

The future is bright, so even in the most pessimistic thoughts I could come up with, what could be worst case scenario of $0.01 per safecoin a lot of people would still be proud the the community and progress we have now and will advance to build.

5 years from now, while most people will talk achievements and wonders. We will look back upon and reflect on the dumb mistakes we have made in the early days…

I think mine would be to talk about how I sold my coins at a quarter. How I should kept farming etc. Not buying more at 3 cents. FML lol

So embrace the future, it’s about to get crazy real soon.

See you on the other side.

I was going to write a serious breakdown of Safecoin’s Network Value, Distribution Flow, and User Psychology. Part of what I do is analyze the whole system.

Your OP is tempting me to do it. But I must wait patiently to get hard numbers and statistics before I can make a valid analysis of the whole project.

Even with worst case speculation, we have the potential to break new ground, nay, create a whole new online ecosystem!

No pressure @dirvine. I’m here to help you out.

Wonderful! System analysis is not my field. Glad to have an expert on such matter.

Things will get very interesting and exciting very soon.

The cloud computing industry is an est. of $160 Billion dollars.

If we use the same percentages to reflect this, then the Safecoin prices go to $0.16, $0.32, $3.20 and $16.00. I think this might help when valuing Safecoin. What percentage of the whole market do you think we will capture? - Then work your price out.
Please correct any reasoning/math, as I may definitely have erred somewhere.

I loved the way you approached the challenge of an unlimited possibility network/coin that is unprecedented and then describing (In a very clear manner) the key components with stuff I already know. It was very easy to read.

Thank you for sharing. It makes me reconsider expanding my safecoin savings goal.

In my opinion, it is important to think exponentially! We naturally view our world in a linear fashion, 1, 2, 3, 4 and so on. But technology is used and adopted in an exponential fashion, 1, 2, 4, 8 and so on. Ray Kurzeil talks about this at length in his essays and books (see here to start: http://www.kurzweilai.net/the-law-of-accelerating-returns ).

However Kurzweil, the great futurist that he is, doesn’t talk about (at length) the shift from one curve to another – example, CPUs to online software. Moore’s Law was an observation by the founder of Intel that the processing power of computer chips (CPU) will double every 18-24 months. This is exponential, but we’re seeing most recently this doubling is coming to an end. Think about the difference in leaps from the Intel Q9550 to its successor, compared to today’s i7 chips, the improvements are more incremental. Assuming Quantum computing does not take off anytime soon (I’d guess we’re closer to seeing Memristors be adopted in the market sooner), we’re at the top of an S curve. I believe the new curve is in software, and cloud computing is fascilitating the creation of this new curve. We have only just begun, and I think MaidSAFE’s crypto coins will likely mirror the rise of Bitcoin.

In my opinion, it is important to think exponentially

Yes, I think particularly with Network growth: The Kurzwell piece mentions the early Internet going from 20,000 nodes to 80,000 within 2 years - 10 years later, the same 2 year period went from 20M nodes to 80M . I think Safe will see similar, growth, but over a shorter period - simply because the medium to spread the message fast and wide is already in place (Internet) - there was no such medium to spread the message of the original Internet - the technology advances exponentially by “standing on the shoulders of Giants”…so to speak.
He’s a really brilliant Computer Scientist , but I find it a shame he slips into all the “Singularity” pseudo-Science…evidently because of a poor understanding of Biology.
Those Memristors look interesting…

Few years old now HP was big into them a while back, but they will be a huge part of the future for sure.

He’s a really brilliant Computer Scientist , but I find it a shame he slips into all the “Singularity” pseudo-Science

Apparently, he was also a pioneer in optical character recognition and computer assisted reading AND…is a mate of Stevie Wonder’s.

Memristors are so much more efficient than the current setup of the CPU, Front Side Bus, RAM, Cache, Hard Drive etc. I’m assuming you’ve read a wikipedia article on them? HP is enticingly working on what they’re calling “The Machine”, which is a PC that works on memristors (obviously haven’t released all specs yet, it’s still secret enough among their brass to only show distant photos of it on stage), instead of the aforementioned PC architecture. It’s time for some change, and it seems HP is trying to ring it in. They announced commercial release in 2018 I believe. Google what I’ve bolded and the article should appear in the results.

– edit –
And memristor PCs in our homes will be superior at farming for the betterment of the MaidSAFE network. (I figured I’d add this to stay on the thread topic

Think about the difference in leaps from the Intel Q9550 to its successor, compared to today’s i7 chips, the improvements are more incremental. Assuming Quantum computing does not take off anytime soon (I’d guess we’re closer to seeing Memristors be adopted in the market sooner), we’re at the top of an S curve. I believe the new curve is in software, and cloud computing is fascilitating the creation of this new curve.

“Kurzweil says he envisions this next paradigm on the horizon to involve 3D chips, already in existence inside Intel.” – http://techland.time.com/2012/03/14/kurzweil-south-by-southwest-keynote-speech-grossman/

Software is a largely a separate line of progress. Kurzweil has mentioned that even software progress is following an exponential trend.

Kurzweil says he envisions this next paradigm on the horizon to involve 3D chips, already in existence inside Intel." …
Software is a largely a separate line of progress.

3D CPUs are a minor advancement in computing, given matching cooling technolgies. From mechanical transistors to silicon based 150nm lithography, now that’s a leap in tech. I think the paradigm shift in the newer tech will be much different to a 3D chip.

Software advances on hardware as its foundation, but the former is thousands and eventually millions of times more productive than the latter.

I realize that we could argue that this is comparing apples to oranges, but in terms of sheer cultural and societal change, hardware is merely the catalyst for software.

If software has not been widely accepted by scholars and business leaders as major driver of tech paradigm shifts, it should be. I know a few forward thinkers do! (Kurzweil probably does as well, but might categorize s/w differently) Mark Andreessen for example has powerfully stated that “Software will eat the world.” Take this upcoming software, MaidSAFE, if the uptake will be as expected, will likely change global communications and online service exchanges as we know them today.

We gotta start talking ‘SAFE Network’ whenever we see Maidsafe out there…and if we get a new SAFE Network logo and it gets added to the assets page we can start promoting the full digi-kit to websites with existing articles about Maidsafe.

it should even be SAFE Network

it should even be SAFE Network

ouch…yep…I’ve been covering my tracks but I missed this one.