What does Solid offer?

Solid (derived from “social linked data”) is a proposed set of conventions and tools for building decentralized social applications based on Linked Data principles. Solid is modular and extensible and it relies as much as possible on existing W3C standards and protocols.
At a glance, here is what Solid offers…

Users should have the freedom to choose where their data resides and who is allowed to access it by decoupling content from the application itself.

Because applications are decoupled from the data they produce, users will be able to avoid vendor lock-in by seamlessly switching the apps and personal data storage servers, without losing any data or social connections.

Developers will be able to easily innovate by creating new apps or improving current apps, all while reusing existing data that was created by other apps.

I can see having all your data (docs, vids, pics, etc) stored in one location and accessed by all apps.

So if I am wanting to load up a social network app or a picture editing app or a word processor, they all link to the same data directories that I control, no need to upload data to the app or duplicate data, just point whatever app you are using to the same source.

I guess it would be as easy as designating standard private data formats in SAFE for apps to access through an API or something…is that the idea that is already in place for SAFE and I am just not realizing it until now?? (seems to happen a lot with the “Ah-Ha!” moments for me with this project!

I guess it would be as easy as designating standard private data formats in SAFE for apps to access through an API or something…is that the idea that is already in place for SAFE and I am just not realizing it until now?? (seems to happen a lot with the “Ah-Ha!” moments for me with this project!

It doesn’t exist in such a high-level form yet, but essentially any app can connect to the launcher and ask permissions to read and write basic files into your safe-network protected area. Those are generally “sandboxed” per app (ID) and thus can have their own way of structuring the data – which most “web”-APIs are ultimately about: authenticating and fetching and storing data.

So, yes, you can build apps that act in your personal space – see my Ghost in the Safe project as an example.

Based on the quote it is precisely the same, and it exists now! More here:

And soon I hope to have it using SAFEnetwork for storage

as part of the SAFEpress development (see this update).

Waking this one up (you still here Ben / @lightyear?) as the remotestorage.io guys are looking at adding support for SOLID as another RS backend (similar to how I’m adding SAFE as a backend for RS web apps).

@Seneca is SOLID relevant to your work? I haven’t looked into it, but it seems to overlap so I feel I should unless somebody had already looked at this aspect (see links below).

@joshuef Reading this blog post also makes me wonder if we should consider a) creating a SOLID compatibility layer (in or for use in the SAFE Browser maybe), and b) to support the read/write Web (either as an app or built into the Browser one day as Sir Tim intended). But as I mentioned, I’ve not looked in detail so far and don’t really know what I’m talking about

This is the more technical way in: 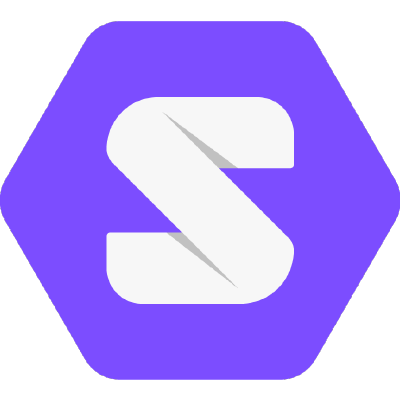 Interesting. Will give it a read!

Nice testimonial to RDF / LinkedData and SPARQL on #HackerNews by Adrian Gschwend twitter.com/linkedktk

If you’ve used a graph database, would you use it again?

Has some useful links towards the end:

If you are interested start having a look at the Creative Commons course/slides we started building. There is still lots of content that should be added but I had to start somewhere: http://linked-data-training.zazuko.com/

Also have a look at Wikipedia for a list of SPARQL implementations: https://en.wikipedia.org/wiki/Comparison_of_triplestores

Would I use other graph databases? Definitely not. The great thing about RDF is that it’s open, you can cross-reference data across silos/domains and profit from work others did. If I create another silo in a proprietary graph model, why would I bother?

Let me finish with a quote from Dan Brickly (Googles schema.org) and Libby Miller (BBC) in a recent book about RDF validation:

People think RDF is a pain because it is complicated. The truth is even worse. RDF is painfully simplistic, but it allows you to work with real-world data and problems that are horribly complicated. While you can avoid RDF, it is harder to avoid complicated data and complicated computer problems.