I don’t know clearly where the boundary of the OP’s list is but taking it to be any project looking to support defence of privacy; security; and freedom then I’ll suggest these then for OP to consider: 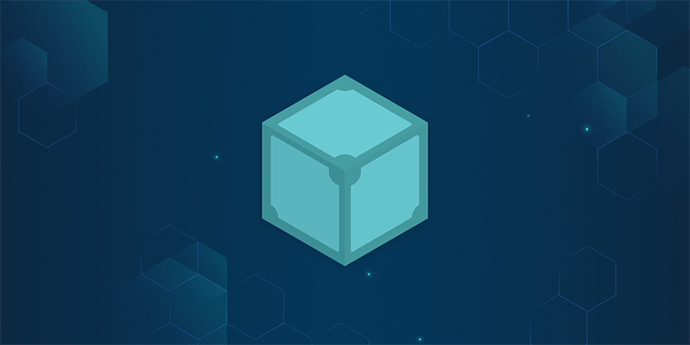 The InterPlanetary File System is a peer-to-peer hypermedia protocol designed to preserve and grow humanity's knowledge by making the web upgradeable, resilient, and more open.

“IPFS is a new hypermedia distribution protocol, addressed by content and identities. IPFS enables the creation of completely distributed applications. It aims to make the web faster, safer, and more open.”

Fixing the mobile Internet. Together. … More than 5 million people use Open Garden today. … Open Garden allows all devices… to work together and find the best connections at any time. The more people use it, the better it gets.

It is a long established fact that a reader will be distracted by the readable content of a page when looking at its layout.

A New Kind of Instant Messaging

https://bitmessage.org/wiki/Main_Page
Bitmessage is a P2P communications protocol used to send encrypted messages to another person or to many subscribers.

The blackmarket running on the bitcoin block chain for leaking confidential secrets, hollywood movies, software exploits and so on.

Darkleaks: The blackmarket running on the bitcoin block chain for leaking confidential secrets, hollywood movies, software exploits and so on.

and lastly a mention of Mumble for encrypted voice and later perhaps also video http://wiki.mumble.info/wiki/Main_Page

Name Data Network (NDN) concept gaining momentum https://en.wikipedia.org/wiki/Named_data_networking As far as my understanding goes, this is also directly the fundamental concept of the Maidsafe implementation of such an NDN based network. These guys take it further to a lower layer and bring it as a replacement protocol on top of the wires/fibres of the internet infrastructure. Fundamental ideas about calling and connecting to data instead of calling and connecting to hosts (machines) are s…

Just saw this project popping up:

“Blockchain Can Make the Internet a Safer and Faster Place” - Coin News Asia:

Any comments on this? 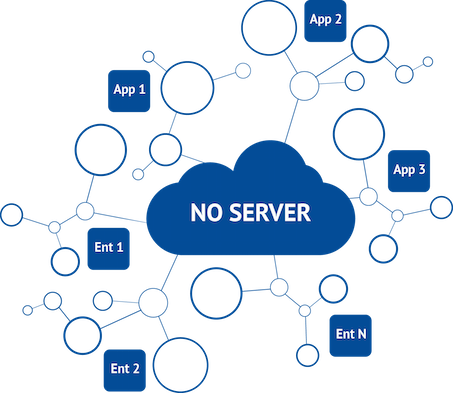 Swirlds is a development platform to build and run shared worlds—fully distributed, fast applications that harnesses the power of the cloud without servers

they are using what they call: hashgraph
wich might be just as good as data chain in term of scalability and security.
https://squawker.org/technology/blockchain-just-became-obsolete-the-future-is-hashgraph/

they are saying they have a working product already.

it would be nice if a tech savvy guy from here can tell us they are really a threat for @maidsafe ?

First thing to find out is, is this a truly autonomous network? So find out how you gain access. Do you need somebody’s permission - for example do you create an account on a server somebody owns? How do you become authenticated etc

Start there and report back.

I’m not sure if this belongs under this topic. Please move this post if it doesn’t. Comment if it does. Anyway, here is a link: 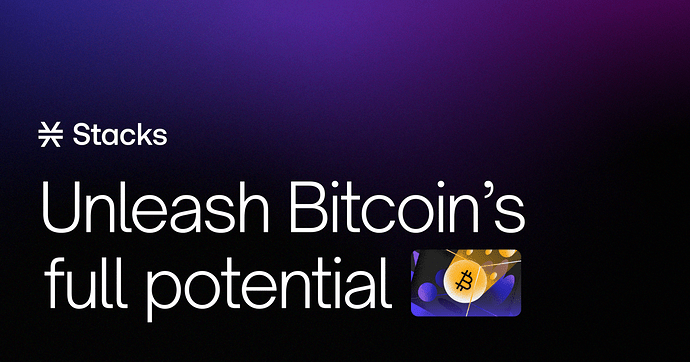 Stacks is an open-source network of decentralized apps and smart contracts built on Bitcoin. Stacks unleashes Bitcoin’s full potential as a programmable base layer.

https://blockstack.com/ seems to belong to the same project.

1 Like
What is the difference between Maidsafe and other decentralized internet platforms ( Blockstack etc.)
draw October 27, 2017, 11:59am #86

I think it touches some problems related with data chains:

Do you mean blockchains?

He also says why HashGraph is better then blockchain, but when he speaks about the Hashgraph it starts with explaining Gossip protocol etc, and Gossip I’ve heard here in relation to data chains. Better just watch the video, it is not that complicated. Maybe this is not such an innovative solution, I don’t know enought about it. But the guy explaining is a professor, who is used to do that properly and that I like.
EDIT: A more complicated explanation, which I didn’t see (yet) but seems really to the point technically: Dr. Leemon Baird: How Hashgraph Works - A Simple Explanation w/ Pictures - YouTube
It is also patented and closed sourced: http://hashgraph.com/faq/

Yikes, we’ll have to move to London too:

Apparently it gives users privacy, security, and freedom… there must be some subconscious links between these guys and MaidSafe!

I have no idea how similar they are in terms of technology & economics, but on the surface it seems similar to the Safe network proposition.

If they have strengths / weaknesses compared with MaidSafe’s approach to a decentralised internet, it could be worth collaborating.

Strange that nobody developing that would come over to the forums here though, or that none of the 8,000 community developers are also interested in the Safe network… there’s no way they could be unaware of MaidSafe if they’re in this space surely?

it could be worth collaborating

My thoughts exactly. The Internet is a big place. Maybe Maidsafe and Blockstack actually are unaware of each other. Or maybe the projects are too different, even though the goals look alike at first glance. It would be great if somebody in the know could comment on this.

So there is Hashgraph, Blockstack, and Substratum all competing with Safe Network.
Time is becoming more important, hopefully the competition results in a stronger product.
It would be good to get a summary of similarities and differences between these projects.

I don’t think they are all ‘competing’. I’ve taken a cursory look at most of these projects and they are not the ‘same’ as SAFE and not competing on the same playing field. Blockstack says you ‘own your own data’ but then you don’t really. You can just verify its authenticity.

“The top-most layer (layer-3) is the storage layer, which hosts the actual data values and is part of the data plane. All stored data values are signed by an owner key deﬁned in the control plane. By storing data values outside of the blockchain, Blockstack allows values of arbitrary size and allows for a variety of storage backends. Users do not need to trust the storage layer and can verify their integrity in the control plane. Our design beneﬁts from the performance and reliability of the backend cloud storage systems.”

The key feature of Bitcoin is ownership/censor resistance, not performance or trust. That’s what makes it a success and a disruptive threat. The same will be true of SAFE imo. That’s the real unique functionality. The incentives model is also crucial to making something a success or not. As far as I can see not one of these projects is really anything like SAFE.

@happybeing had it right imo. Find out first if it is an ‘autonomous network’. If it isn’t then you’re going to need to dig deep to find out just how censor resistant it actually is (there’s no place for gatekeepers), why people might flock to it, and how disruptive it could be.

It appears that Swirlds is concentrating on making transactions fast while proving secure identities. It still seems to be about publishing transactions to a public ledger, but with a more scalable and identity oriented twist.

This is no bad thing, ofc, but safe net has far higher ambitions from what I can see. Safe net seems to focus more on storing mass data as comfortably as transactional data. This is a whole different ball game, imo.

good to know about alternatives as there are many 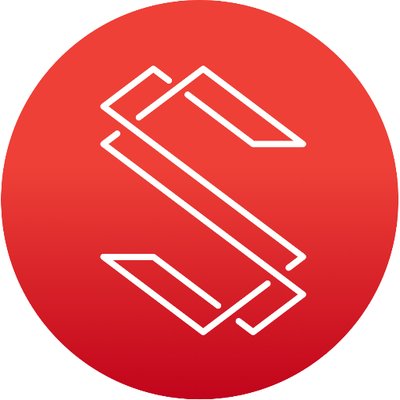 Swirlds currently focuses on permissioned hashgraphs which essentially is like permissioned blockchains. The Hashgraph is a decentralized ledger and projects that use a blockchain could in theory use a hashgraph instead, they try to solve the same problem with a bit different data structures. It’s basically like a blockchain, but more scalable, though it still need to prove itself in the field I suppose. They have some documents with some ideas on how a hashgraph-based public ledger could work, so I guess there will be some public hashgraph at some point. One way to do storage with hashgraph would be to make something like filecoin, but with a hashgraph instead of a blockchain.

So there is Hashgraph, Blockstack, and Substratum all competing with Safe Network.

Substratum seem like they’re trying to solve a different problem than SAFE, they want to make traditional web servers and make something that’s pretty much like hosting things on Amazon’s cloud, except decentralized where it’s people home computer’s instead of servers in a data center.

Ethereum with swarm and whisper is much more similar to what SAFE is trying to do than any of these projects.

edit:
Then there’s holochain, I need to look a bit more detailed at what exactly they’re trying to do though

I’d say maid is similar to i2p and storj. But obviously just better than all the rest including those as its all encompassing technical application storage network and with all the obvious built in benefits like autonomy privacy etc.

The babble project is interesting. It’s a ‘pluggable’ solution according to the website and it looks like they’ve got patents. I wonder, as MAIDSAFE is only now getting around to developing datachains, if they will have to compromise on their solution as they may run afoul of patents on pre-existing technologies.