It is already old news (a few hours old, it is already ancient news! Internet times lol), but I haven’t seen a post regarding to this, so here it is.
It is time to use SHA256 or SHA3 by default.

yes we have sha256 and some sha3 but transitioning to sha3, no sha at all, except git etc. 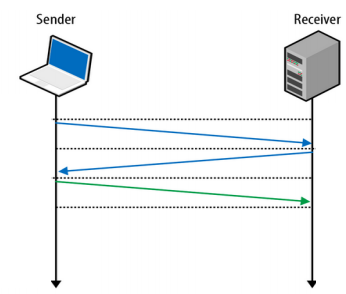 Google's QUIC protocol: moving the web from TCP to UDP

The QUIC protocol (Quick UDP Internet Connections) is an entirely new protocol for the web developed on top of UDP instead of TCP. Some are even (jokingly) calling it TCP/2. I only learned about QUIC a few weeks ago while doing the curl & libcurl...

Will there be an easy way for different versions of the protocol to live together? For example, while transitioning from one hash function to another.

I just woke up and had this awesome dream where SAFE was already live; only problem, it was using SHA1. Would my dream turn into a nightmare with this news, or could we just quickly release a fork that could still cooperate with old nodes, e.g. through negotiating the hash function during the handshake, like what things like TLS do?

I understand that hashes are quite fundamental for SAFE, but higher versioned nodes could be multi-homed during the transition. They would belong to both SHA1 and SHA3 based groups for the time being, and respond to requests from both networks. However, they would keep tabs on the ratio of legacy-only nodes in the legacy network, and once the one-week moving average went below 10%, they could stop supporting it.

It sits on top of UDP and has FEC, encryption, and roaming built in; this indeed sounds like the way forward. In fact, my browser is using it right now: