That’s a proposal to run Git directly on SAFE:

What if I want to keep GitHub, and just use SafeGit as backup?
It’s possible and easy. Just replace “origin” by something else like “safe”. Then, use “git push origin” to send it to GitHub (or whatever your current remote source is), and “git push safe” to send it to safe.

How to generate my own “7ha7723672367a76a”?
First, we need to discover “n”, the last available project + 1. To achieve this, we need to scan the network - a good algorithm would be the “half-interval”, that would allow us to find “n” very fast, it would require less than 40 SD lookups, even if this list has trillions of records.

Inside it, there’s a key-value hash with all repositories of the organization and its assigned repository SDs (“7ha…”).

This command would look for a “safegit_organizations_maidsafe” SD, open it and look after a “crust” entry. This entry would have a crypto-hash like “272837287328”, which is the repository SD.

Can I create a custom protocol for git?

Internals
When the project-owner does a push, our git remote helper checks what was add (luckily, git does cumulative diffs, perfect to immutable data). Then, it creates a new immutable with that added data. Git also adds a new log record entry, pointing to this new added data - we store this in our “7ha…” SD.

My idea is to always save the immutable data encrypted, even for public repos. If it’s a public repo, the “7ha…” SD will contain the key to decrypt it. With this, if the repo-owner wants to delete its repo, he’ll just remove the SD or its key (as it’s not possible to delete immutable objects).

As default behavior, all created repos are private. If the project-owner wants to turn it public, the key to decrypt its data should be added in the SD.

A GitHub/GitLab clone website could be created (something like “safe://safehub.io”) on top of this protocol. To display projects, it would look for “safehub_projects_n”. Once a project is opened (safe://safehub.io/maidsafe/crust), it would use a JS library to read the git contents and display it to users (folder structure, commits, blame, history, etc.) in a friendly way. Extra elements would also be easy to be displayed.

We can use the same GitLab URL format to navigate inside a project (it’s folders/files/commits/issues/etc).

[quote=“dyates, post:1, topic:7243”]
I can implement it, but I’m not making any promise
[/quote]If you can make something like Github, make it. It’s a joke that Github can be taken down, so that’s a unique selling point that you’ll have with a SAFE Network powered counterpart.

If your looking for an investor I’m on board with this one, you could monetize this product easily.

It would be fun if you can import your existing code into SAFEhub, but I think that’s what you mean with this question:

Can I use it with my current repositories?

Sorry if I sound pessimistic, but if you can’t solve search you got a “big problem”, for now you could have the firstmover advantage with this one, so keep in mind that time is ticking.

you could monetize this product easily.

… github uses git … but e.g. I have a git repo on my small private server too … not that it would make sense … i don’t even know right now what i uploaded there … it isn’t hard to set it up and for using it with the safenet it seems to be “not a big deal” if you do have the plugin … if people use it in the command line you don’t have a chance to show any ads, you don’t even have a chance to know how many people use your service

Extremely cool idea!!! @dyates
git on safenet will be awesome!!!

If your looking for an investor I’m on board with this one, you could monetize this product easily.

Sorry, I think my title was a little misleading. I started with GitHub in mind, but it’s actually a Git tool. It’s a more basic piece of software, that you can use to build GitHub like websites on top of it (and monetize it by offering a search engine, by creating an alt-currency to pay developers, or by offering another kind of extra features). It was all mixed up in my post (Git+GitHub).

I believe this will be useful not only to build GitHub clones, but even for direct use. For example, the Popcorn team could have pushed their app to “safe://popcorn/popcorn” and it would be still running, with anonymous contributions. Since people know the url required to access a repo, it won’t be a problem to not have a website like github.

I’m not pro with these things, but here are a couple of free & opensourced Github Clones: 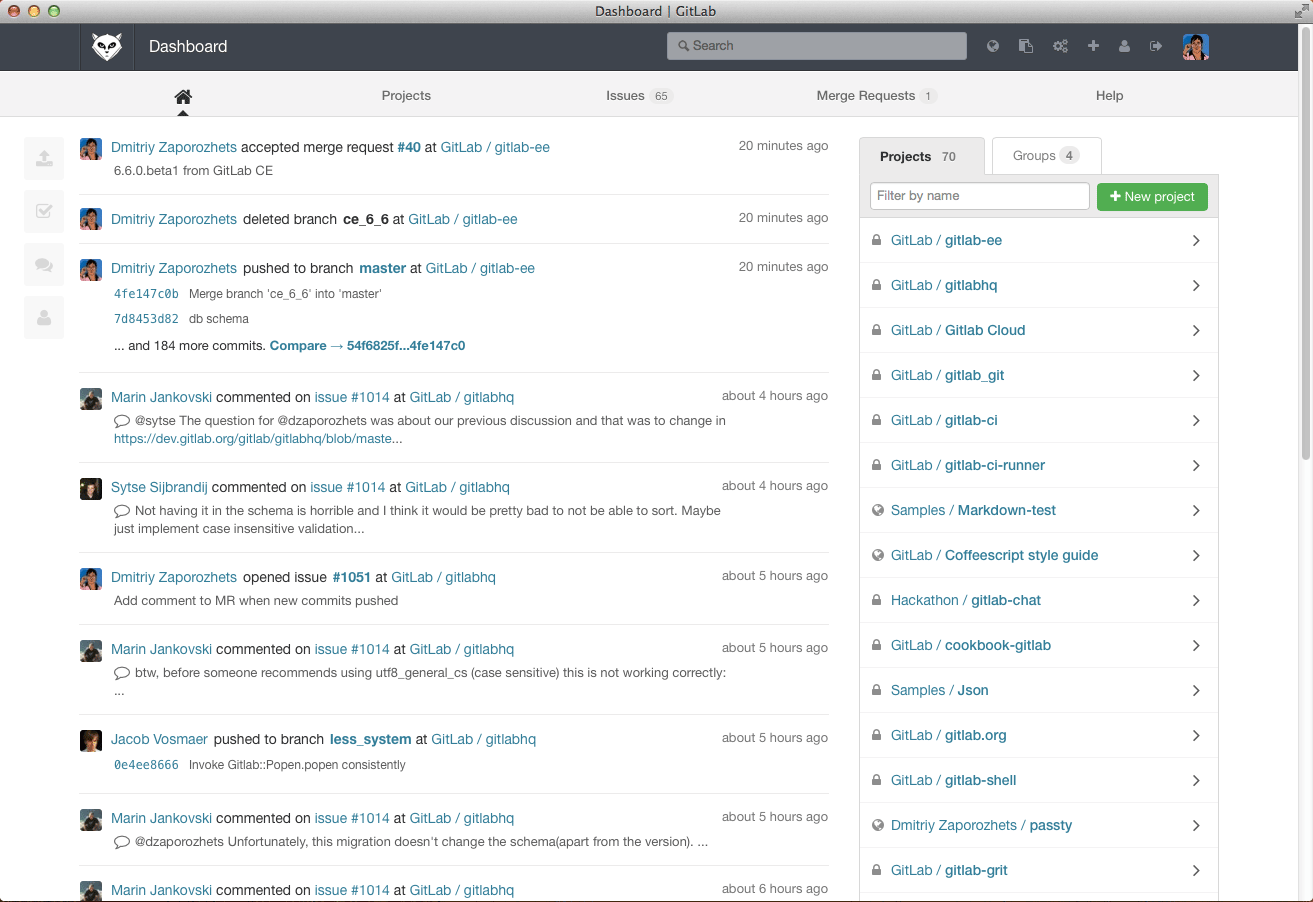 Get the answer to "What are the best self-hosted web-based Git repository managers?" See a list of the top 19 options and learn their pros and cons.

It would just be nice to have a Github on the SAFE Network. Mind you that it would be something that would attract devs and companies who don’t want to wait for days before Github gets online again. We all know, that it’s a promise that attacks on Github will only get worse in the future. So if you can avoid some headache and lost of time & money

Somehow it doesn’t seem logic to have the SAFE Network, but to have it’s code still on the current internet.

[quote=“riddim, post:3, topic:7243”]
sorry to say but i don’t think you could monetize it that easy
[/quote]I think everything can be monetized, proof:

Eating alone can be lonely. That's why so many people take meals at their desks, or watching TV. But in South Korea, single eaters are adopting an odd but kinda logical solution to remedy the lonesome eater's blues: People are paying to see... Cans of fresh air are up for sale in China as a multimillionaire looks to capitalize on the country's foulest fortnight for air pollution in memory.

I think everything can be monetized, proof:

I agree. Right off the top of my head, I can think on 2 ways:

With this both developer and the organization behind it (us) would receive money.

But is this really a good thing?

Eating alone can be lonely. That's why so many people take meals at their desks, or watching TV. But in South Korea, single eaters are adopting an odd but kinda logical solution to remedy the lonesome eater's blues: People are paying to see...

I live in cornwall, if you can get the advertising done, i can get to bottling some of this fresh fresh air 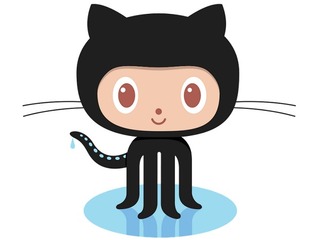 How does GitHub make money?

just have a variation on this, it’s not rocket science

It creates movement and a new use case for the crypto-economy seen as a reward program ,
besides adding an additional layer of data safety and persistence . What would be of help
are measures to account well for the price differences , that is , to fetch an average price of a coin …
Initially , I’d say that safecoin is the best digital cash equivalent by design proposal , but it’s not ready yet , so , in the meantime , one could accept via a partnership all kind of payments that such a partnering service would offers … some allow for a great variety , and getting signed up two or three of such services should cover pretty much all use cases with enough generosity …

Awesome. Build it, and they will come.

This is AWESOME! I think that it would be nice to have a pretty web interface for the repos, like Gitlab…

Finally, SAFEhub is coming to Life!

I see more and more of the “Potential Apps” coming to life every day.

But just to clarify: this is not “the” safe version of git or github. It’s just “a” version. I do not own the “git on safe” idea and I do not intend to. It’s not because I present its technical details first, that I have any kind of ownership or leadership of “git on safe” ideas. I think I’m stating the obvious, but it’s good to remember. Maybe on future, we’ll have many “git on safe” protocols, some free, some paid - each one with its own strengths and features. At least, it’s what I hope (the same with all other kind of projects - social networks, search engines, and so on). Please guys, feel free to present and/or implement your own git+safe idea.

Github pages could check that the freelancer does what is asked to code and autopay the freelancer.
Learners could pay or freely learn how to make a site
Learning/coding/hiring on one page and like @whiteoutmashups after that push your app to SAFEhub. Maybe if you can let coders record or display in real-time what they are doing, just let your imagination run wild…

Coding/learning and creating content to upload to let’s say safe://f@#kyou.tube (the fun thing is this domain name would just work)

Maybe we shouldn’t mirror the current internet, but take a different look at it, like Google glass and hyper augment our reality.
That’s enough of me

Back to the technical aspects, That’s how I intend to address the “permissions” issue:

The permission feature will be based on GitLab/GitHub.

So, I think proposal #2 is good enough to handle permissions.

I love this idea. There was a decentralized version of Github built on top of Bitcoin being developed (on Github of course!) called Gitchain, but the developer could not keep it up. I think SafeGit would take a lot less dev time to build, since Maidsafe has so much of the file transfer & storage covered.

Devs, feel free to have a look at the attempt – perhaps there are ideas to steal. https://github.com/gitchain/gitchain