Continuing the discussion from Exchange price vs. resource price:

Yes that is right. The farming rate will be determined by the network as a whole. So we should be able to see what it sets and maybe publish that over time. It will tell us if we ask it

I see it something like (made up numbers for example)

So as the network grows the space is cheaper, but if safecoin value goes crazy (it might) then it may look like this

OF course it could go the other way if the network needs more space. In that case it will increase farming rate, and take no notice of outside price, it will notice the oversupply if its too generous and reduce it quickly or the other way around. In essence balance of rate will be the networks job, but in doing so it ensures space/cpu/bw etc. are available. The price just means more folk will farm if its valuable and less if not, if it is less attractive the supply of space drops, the network increases rewards etc.

Hope that is what you asked

After reading through the Exchange price vs resource price thread I realized that I didn’t really understand completely how the Safecoin issuance is going to work.

I have to say that I really really really don’t like the part where the rate of issuance is decided by the SAFE network through an algorithm that measures network utilization.

Because farmers are going to have a financial incentive to game the network.

For me the genius of Satoshi was in the game theory tactics he used to make everybodies incentives align.

Bitcoin uses an algo to adjust the difficulty of mining so that coin issuance is known in advance and so that there is certainty in the amount of Bitcoins arriving at the market. Satoshi had to make that algo because otherwise all bitcoin would be mined in year 2 of bitcoins existence due to more and more processing power joining the network.

SAFE network on the other hand is a different beast. We are using storage as a proof of resource and as such we don’t need an algo to determine the rate of Safecoin issuance we can just hardcode it in the protocol.

It’s the incentives of farmers vs miners that is the key.

But if the rate of issuance is hard coded in the protocol the incentives of farmers to fake network overutilization doesn’t exist.

This isn’t the only reason why I think that the best course of action is to predetermine the rate of issuance, there is also the price stability aspect.
In the case that Safecoin issuance is dependent on an algorithm the number of Safecoins on the market will not be certain and markets really hate uncertainty which means that the price of Safecoin will vary even more than the price of Bitcoin(because Bitcoin’s rate of issuance is predetermined even though the algo decides the difficulty).

It also gives an unfair advantage to traders that understand how the algorithm works and effectively that means that ordinary users will pay a tax to traders that know when to buy and when to sell Safecoins (this is going to happen even if the rate of issuance is predetermined but to much lesser extent than if an algo does).

I hope I’m making any sense? 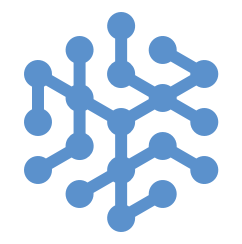 This leads on to the possibility of needing a proof of unique human, which led to a very long thread, which I think remains un-resolved.

Last night there was an interesting discussion about limiting the number of accounts per person. It was started by @dyamanaka and several others started to chime in. @benjaminbollen suggested a captcha type mechanism to at least prevent or hinder...

Remember that just storing a bunch of stuff on the network doesn’t gain an individual farmer anything. The stored data is spread out in tiny pieces all over the world, among lots of nodes. The individual farmer profits from first having data stored on his node by others, then stewarding that data well until it’s needed, and then serving it up on demand. That’s when a farmer has the opportunity to get rewarded–responding to others’ needs for storage.

If a whole lot of farmers stored mass of junk, it might skew the utilization percentage and result in an increased farming rate, but that would take very broad collusion among an awful lot of people, for only marginal gain. But then that data would still have to be accessed by other unknown users for the individual farmer to profit at all, regardless of the farm rate.

I think the farm rate is a pretty blunt tool, anyway. It’ll help shape trends, perhaps, but it’s not a policing tool.

I think farming is designed as being worthwhile for a lot of reasons, but getting rich is not one of them. The idea is to give all participants some reward, and get LOTS of participants. Bitcoin mining sort of started out that way, but because of the proof of work model, brute force wins the race and gets the big rewards, incentivizing centralization. Farming generates much more granular rewards based on useful functions spread across the entire network, and are basically impossible to centralize–that’s the whole point.

The real puzzle here is determining the price of additional resource cap, as denominated in safecoin.

After reading through the Exchange price vs resource price thread I realized that I didn’t really understand completely how the Safecoin issuance is going to work.

Good, that’s the effect I was hoping for - to get more people (except me) to feel that way

IMHO the economic side is about 20% done and needs a lot more work to become resistant to manipulation and various economic tragedies.

Farmers to some extent may do that, but only in some special situations.Because it is not inexpensive to flood the network (you have to pay for that space as well, and have enormous amounts of bandwidth too), normally it won’t pay to do that. But if you’re 0.00001% from the trigger point where a different price or something else that impacts the price kicks in, you could spin few K Amazon instances over a period of X minutes to trigger such events.
That’s why I said that security thru obscurity won’t work. After a while it will be possible to deconstruct the workings of the black box.

This isn’t the only reason why I think that the best course of action is to predetermine the rate of issuance, there is also the price stability aspect.

Elsewhere it was observed how capacity and cost of disk storage is increasing 30% a year. Since the rate of issuance is different (or, “since the rate of issuance cannot in advance know the rate of capacity and cost changes of disk drives”), it will be hard to match it.
And I believe ultimately (if not in v1.0, then later) other resources will have to be paid for too (RAM, network, CPU time), so it’s going to become extremely hard to come up with some aggregate issuance rate.

But I hope this topic may motivate the Project to release the algo because IMHO the black box approach will prove to be risky.

===
EDIT: Sentence below was edited due to me misunderstanding what HB said in another topic.
“Don’t forget, though, that farmers to some extent (and that really depends on the black box formula which @happybeing said he thought will be protected through obscurity, although we haven’t seen a confirmation from MaidSafe people) may do that, but only in some special situations.”

I misunderstood @happybeing’s claim here (first in my comment right below his at this link, then that misunderstanding carried over to this post until he clarified I was wrong).

That’s not what I said and not what is happening. I said it likely won’t have magic numbers in it and will be a lot harder to game than you seem to think. What I was suggesting is that David & team have thought long and hard about these issues and already have pretty robust solution in place.

I am sorry, I made a correction to reflect that. I misunderstood you when you made the original comment (when I characterized it “security thru obscurity” and you didn’t object so I didn’t realize I was wrong until now). But upon re-reading that comment I came to realize what you wanted to say.

I think if the algorithm is open source - regardless of how it’s written (assuming the core principles remain as stated) - it will turn into a cat-and-mouse game. Not necessarily any major issues, but small things to eke a bit more out of the system.