Here are some of the main things to highlight since the last dev update: 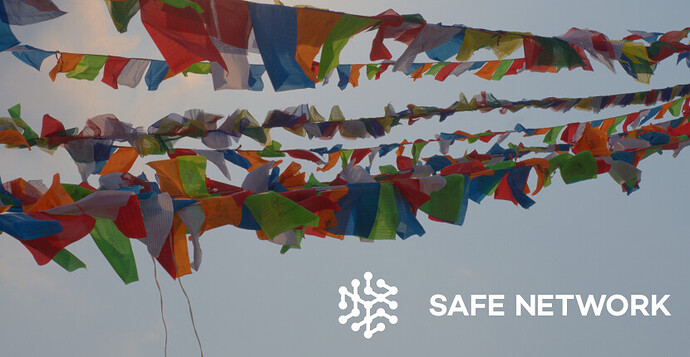 We’ve been getting back at chunk replication of Blob data at sn_node. Starting out with a 4x replication factor, the network’s adults will be primarily responsible for storing them. We are porting the older implementation from pre-async vaults to the new codebase, adapting it to the latest changes of storing, querying, etc. We have also been doing a bit of maintenance all across the board this week by hunting down sneaky unwraps, expects and panics from our production code and tests, essentially stabilising our codebase and catching all exceptions. This is best practice and something we’ve been putting off for too long. Look out for additional CI checks being added in the next few days across our crates ensuring these don’t sneak back into our code.

We invested a bit of time in researching and thinking about how the APIs will eventually need to evolve to support signing requests from the client using multiple key pairs rather than just one. For example, a client may want to store a file that would be owned by a public key whilst the payment for such operation would be made using a second public key that owns the funds, and perhaps a third keypair may be used by the client for encrypting the file’s content. This is not something we are considering high priority at the moment, more of a PoC to help us identify the challenges and realise how to eventually evolve our client APIs.

Work continues on dynamic membership in DSB and this week our consultant has written a test case that demonstrates a concurrency problem with data operations while a member is leaving the group. A correct implementation of dynamic membership should always pass the test while our current naive implementation fails, so we now have something concrete to measure against.

To that end, we are excited about a recent academic paper by the AT2 authors titled Dynamic Byzantine Reliable Broadcast. It provides quote: “the first specification of a dynamic Byzantine reliable broadcast (dbrb) primitive that is amenable to an asynchronous implementation”. In other words, this paper provides a formally proven solution for exactly our problem.

Our consultant is presently reviewing this paper as well as another possible solution using something called a Generation Clock that might not require as much network communication.

As mentioned in last week’s update, the work to allow a node to rejoin with the same name was this week approved and merged. This means any rejoining node would be immediately relocated with half its age, as long as the halved age is greater than the MIN_AGE (currently 4). This is designed to discourage malicious restarts.

We had observed during internal testing that the genesis node was sometimes being demoted too quickly, this was down to a recent change where we now make nodes with a random range of ages during the startup phase. To resolve this we decided to Start the first node with a higher age, currently set to 32. This has now been merged to master. This ensures the genesis node stays stable as an elder for a sufficiently long time, which eases many things for testing and testnet setup.

The ongoing work to improve lost peer detection is progressing well. We have already taken advantage of the new connection pooling feature in qp2p, which allowed us to simplify the code. Some initial integration tests show the refactoring works well. This PR is now going through some final review and testing and so will hopefully be merged soon.

To ensure that when a node’s resources are close to being used up there will be new nodes flowing in to share the workload, we are going to allow nodes to tell routing to accept new nodes or not. This restriction on when the network accepts new nodes will also help prevent sybil attacks by not allowing potential attackers to add unlimited nodes at will.

In addition to this we’re also looking to make some changes to assist in making us aware of routing’s exact status during network startup & beyond, we have two ongoing PRs Indication for section start-up and firing PromotedToAdult event and notify when key is changed during relocation. These in progress changes will help us ensure that routing is behaving as intended, and should be completed soon, once the API designs are agreed between nodes and routing.

Update: First stage is complete - testing welcome! I’ve finished proof of: clone from git repositories choose active repo from list of cloned repos list commits from active repo This should be much easier to try out than previously, so please have a go! Instructions here: GitHub - happybeing/p2p-git-portal-poc: p2p git portal proof-of-concept using Svelte Golang/WASM (experimental) [gitportal-poc-stage1] Next: git-bug get compiling to web assembly make into a package modify to use go-bi…

I got you this time @StephenC!

Nice pic - another one from Nepal?

Is all this work required for a test net?

Nice to see that other parts are working well.

So how long you can be disconnected now to hold your age?

And after rejoing with same name means to relocate back to original place so you can use same chunks as before?

What stage is API development so will be worth for developers to built own apps?

We are excited to hear about a recent academic paper by the AT2 authors titled [Dynamic Byzantine Reliable Broadcast ], which seems to provide a formally proven solution for our exact problem.

This made me laugh out of sheer appreciation. It’s a very unscientific feeling and I could be wrong, but after all the dead ends, rabbit holes, whatever, one just gets the sense that the stars are aligning.

Last week’s UX/terminology changes had a similar effect too.

Thanks for all the continued efforts… 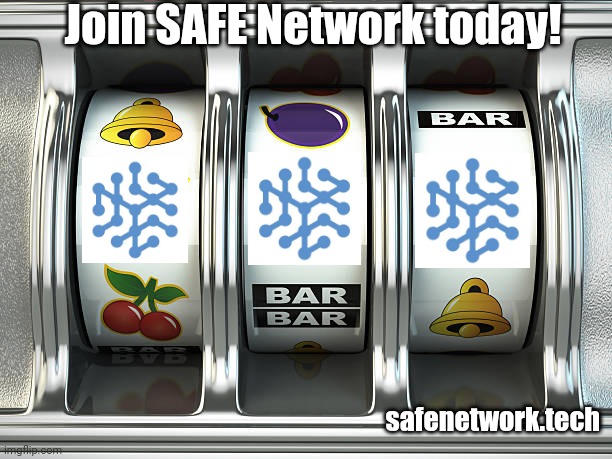 What is the exact blue color for the Maidsafe logo? I might want to have text that is exactly that color in a later meme.

What is the exact blue color for the Maidsafe logo?

Is all this work required for a test net?

Yes, we have a dynamic list in house of these things that are left.

Yea, it’s fun reading papers that say what you should do and we have plus some more

all good and great to see so many communities and researchers entering the space (at last).

The academic paper was written by a team at EPFL in Lausanne. It’s 30mn drive from Geneva, one of the best university in Europe.

I think I ll contact the guys privately to meet them and ask what they think of the project. They probably never heard of it. Could be an interesting conversation

Could be an interesting conversation

Absolutely, the more the merrier. We have some advances on their paper to help transition to permissionless sharded network. So extend the research there a good bit. There is another advancement we have not put in place yet and that is bulletproofs to mask amounts held in any balance or transactions, some decent MIT videos explain that part though.

To that end, we are excited about a recent academic paper by the AT2 authors titled Dynamic Byzantine Reliable Broadcast . It provides quote: “ the first specification of a dynamic Byzantine reliable broadcast (dbrb) primitive that is amenable to an asynchronous implementation ”. In other words, this paper provides a formally proven solution for exactly our problem.

I mean, what are the chances?

We have some advances on their paper to help transition to permissionless sharded network. 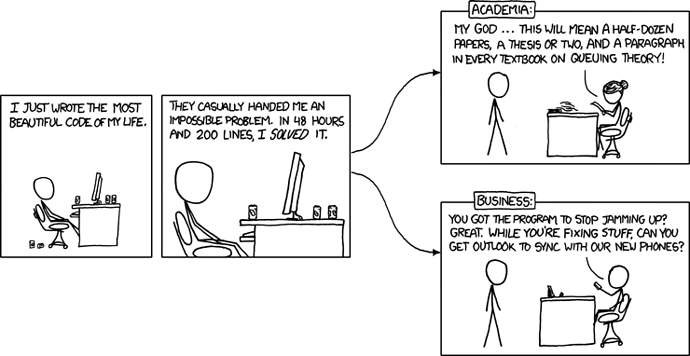 Some engineer out there has solved P=NP and it's locked up in an electric eggbeater calibration routine. For every 0x5f375a86 we learn about, there are thousands we never see.

Thanks @davidpbrown ! This works great. 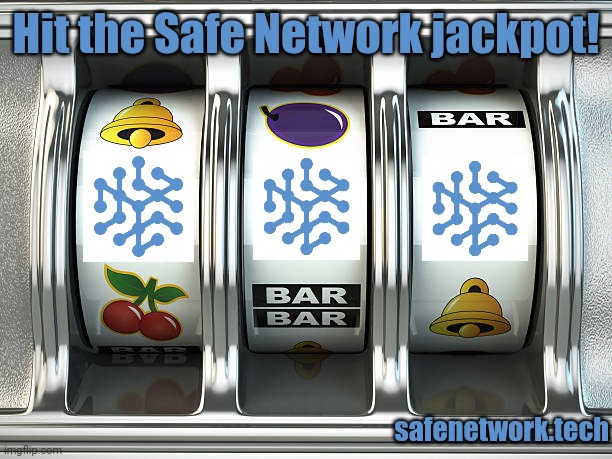 Edit: I made another one with dollar bill green, 85bb65. here it is. 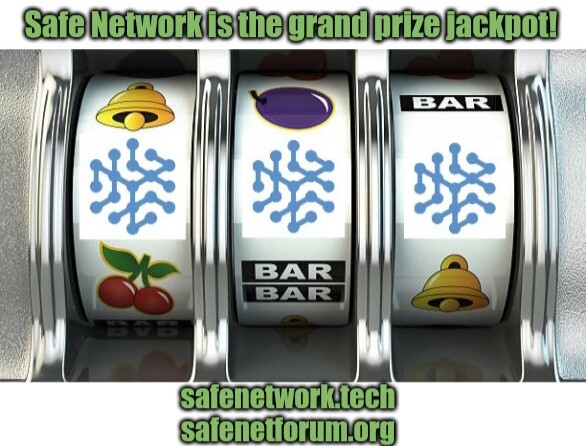