Found this tweet about a former engineer (Lee) who expresses concerns about the network.

All news is good news. Jameson Lopp has a great following. Seems Mr. Lee has not been successful in finding work since his tenure at Maidsafe. Although its odd he does list his current occupation as Software Developer for Maidsafe. Maybe attention to detail is not one of his stronger suits, which would not be a good thing for a developer.

Let’s not try to discredit his person, and see what other devs have to say to aleviate the mentioned concerns.

Let’s not try to discredit his person,

I hope your not talking to me because if you are rethinkit.

see what other devs have to say to aleviate the mentioned concerns. 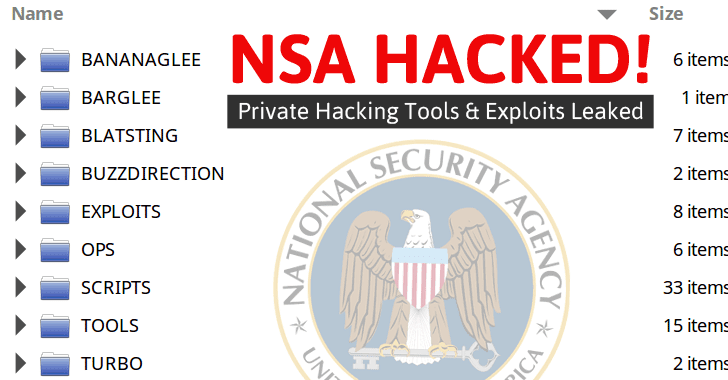 Ofcourse I don’t want the SAFE Network to crash and burn, but I do want hackers to hack it, so that we can fix stuff and improve the network

Interesting Lee did work for us and is also a member of this forum, I must check his posts at some time to find these issues he mentions warning us about or at least get a sniff of such in between the lines of posts or something.

Basically much of this is FUD and surprising really as a contract Engineer that was not working in or seemed to have knowledge of the areas he seems now to “understand”. Lots of time spent here though which would be nice if it were focused on issues that would help. The assertion that the network relies on the difficulty of creating a key though is not correct and therefore is further surprising. We have certainly not seen any pull requests for any of this, so I suspect helping and assistance is not the purpose here.

I won’t go into some previous employee issues and why they are previous and not current, that is a different matter. A lack of understanding would not help though. Hopefully we can have many reviews etc. but in the open and copied to us so we can make use of them will help us all.

As part of innovation and creation of new devices like SAFE though we must take info from anywhere, but also realise there will be masses of inaccurate information where folk do seem to have inordinate time to criticise and there will be many reasons for such criticism, many of which we will never know, although we may guess. If they end up being a mechanism to distract though then it becomes dangerous. Chris Foster posted a really excellent article about being careful with certain “posts” it’s always worth noting that.

If there was an Engineer working in the code who had concerns they would be documented and we could react to them as we go along. That would be normal for sure. We do not simply though rely on key creation difficulty or group signing keys (which do not exist but were mentioned by me as an interesting thing to look at) etc. so we need to filer this info in the email and see if there is anything we can use and if there is then we would for sure

As we pass through Alpha we are providing the functionality, as this is rolled out we are spending a ton of time on security, which is implemented bit by bit, for instance currently routing meetings are very focused on security, but in phases. So data republish, group security and hop security are all part of that. Network joining is also another part of this, so you create keys and get relocated based on that, but even this relocation does allow a targeting right now, but not by creating a key to do so, but in terms of continually joining and seeing where you got located to, then do this many of times with different nodes to get close. This is prevented though using many methods, such as forced relocation with breadcrumbs, relocation with safecoin and many others. We have not selected the relocation mechanism yet as it’s not time. right now differing sized capabilities are the issue to fix and we are on that. That is a much more difficult issue and probably should have been something way up in a critique of somebody wished to be damaging, as we can prove that. There is also secure_serialisation crate we created which is not fully used either, this introduces encrypted comms in crust but still requires incrementing counter for replay prevention. We have a few parts like this otherwise we would be launched already

So if there is any useful info we will use it, as you would expect.

Thanks @dirvine for the prompt and reassuring response ,
it’s always good to dissipate FUD as soon as possible …

Some psycho-analysis on my part …

In any case, security is relative - there is nothing absolute/perfect, yet he makes no comparisons to other projects with regard to relative security. So, IMO, he is ‘caring’ about something else and hence has an ulterior motive.

“They have repeated those mistakes in a few instances in the Rust version, but all of these mistakes are more easily solved than the critical issues above. I am highlighting these because their continued existence makes me question whether they can solve the more critical issues.” [emphasis is mine]

How does this comment make sense? The continued existence of MAIDSAFE implies that they WILL solve the more critical issues … does it not? He spent a lot of effort writing out his thoughts here, so I wouldn’t think it an off-the-cuff remark. IMO, he’s not processing things logically.

Perhaps he is resentful or otherwise has some other ill-feeling toward members of the project and is hence not thinking rationally. It’s a bit sad really.

Anyway, on to other things.

I read it as the problems still exist not Maidsafe still exist. Unless I am not understanding you

Anyway if he had real concerns he could raise them here or directly with the team. It’s some more of what we have seen in the past and will see some more in the future.
Oh look his name is known for a minute.
Nuff said about this malarkey.

You are right. I’m the one not thinking too logically … I guess this just pushed my buttons a little too much. Well, in my defense, it was an off-the cuff remark. And I stand by the first and last parts of my analysis.

I believe that if any one of us had been an employee of the project, had concern about the project’s development and had identified any problems, we would have PM’d the devs directly. Common loyalty to pass it by former colleagues first. Unless,of course, we are tactless, unprofessional thicks or are motivated by something other than the wellbeing of the project.

Let’s not crucify anyone here guys

What kind of community do we want to be?

Hello @toholdaquill and thank you for your question,

We would be happy to provide immediate background information for a Safe Network security story that can present the case leading up to our equity sale.

J.M. Porup is a freelance national security and cybersecurity reporter based in Toronto. He has previously covered wrongdoing at the NSA, GCHQ, and elsewhere. His work has appeared in Ars Technica, The Christian Science Monitor, Slate, Motherboard, The Daily Dot, The Kernel, and The Economist.

relax amigo. It’s only monday… depending on your time zone. ,)

Let’s not crucify anyone here guys

What kind of community do we want to be?

I’m not sure anybody crucified or came close to that. The man is an ex contract employee and apparently a member of the forum so part of the community so to speak. I only see questions about the way in which he has done his dance no crucifixion exactly.

Starting to wonder if a pattern is emerging. I try to not be biased but I think Safe is a huge threat to other projects and when ex engineers move on to other projects they may feel threatened? Safe IS ambitious and perhaps that in comparison to other projects increases their skepticism but the proof that Safe is infeasible so far seems to be unfounded.

I have the utmost respect for David and the rest of the team, both because of the immensity of the scale of the project they are working on and because of the ethical implications on having a truly decentralized and private Internet.

I have invested (for me) a good chunk of money in the project and have been putting more of my savings into it.

With that said, I’m worried about the lack of a direct reply to a few of the points made in that post.

In particular this one:

An additional problematic area is when nodes connect or disconnect. A group can lose
quorum if enough nodes drop out simultaneously, which would mean that
no more updates can be made to the resource. OR new nodes could
replicate the data from the remaining members of the group which are
below quorum. But if the network were partitioned instead, both sides
of the partition would replicate/repair the quorum and continue to
accept writes. The network would then need an algorithm for merging two
data forks.

Again, I’m not saying the team should, right now, have all the answers.
But some transparency in what, for me at least, appear as fundamental concerns would be great.
An explanation about a solution currently in place, to point out that this is not a problem.
Or “this is challenge that we recognize and we are working on”.

Because each time a fundamental criticism is made I only hear silence.

Again, I have money on the project and I want it to succeed because it’s aligned with values I hold. So if I’m raising these concerns is because I want to see the project succeed, I’m not trying to be an anti-crypto shill.

If you have money in it that’s a risk you have decided to take. No one has taken your investment and certainly not guaranteed you anything. This is an open source project. You simply cannot have the expectations that you have.

At the end of the day, this guy is not a reliable source from what I can tell. It reads like lazy disinformation to me. he comes right out and says distributed systems were new to him, he relies on intuition and yet he knows the problems they have but doesn’t know how to fix them.

What he doesn’t understand is he was working in a compartmentalized environment.

I’m sorry, but that doesn’t address @yvon.fortier his concern, does it? Although you might be right with your analysis, his question that needs a more indepth answer, is:

I’m worried about the lack of a direct reply to a few of the points made in that post.

In particular this one:

“An additional problematic area is when nodes connect or disconnect. A group can lose quorum if enough nodes drop out simultaneously, which would mean that no more updates can be made to the resource. OR new nodes could replicate the data from the remaining members of the group which are below quorum. But if the network were partitioned instead, both sides of the partition would replicate/repair the quorum and continue to accept writes. The network would then need an algorithm for merging two data forks.”