So what do ya’ll think a full 2017 release? Or is it wishful thinking.

Would love to hear from Nick or David, is there a time line, a goal or something similar?

For me, one of the keys to this puzzle might be further discussion on what Nick Lambert said in the bnktothefuture thread:

"As you know part of the reason for the fundraising was to scale the team to speed up development and we are hoping to grow the team from around 18 at present to 33/34 staff by the end of 2017, provided we can find the right team members, which of course if a challenge for every software company at the moment. We’ve actually had a few decent CVs come our way over the Christmas holidays so hoping we have some more renew recruits soon. So our run rate will also increase significantly but very difficult to predict the speed at which this will happen.

I hope this info helps!"

What would be the significance of having a doubling of growth to 33 staff members by the end of 2017? In the most positive sense, I’m thinking that the release of safecoin (and thus the full fundamental project) could still happen in around several months from now, if not sooner. And after that, we will still see Maidsafe tinkering away at whatever else they can add/app to the hopefully fantastic new product.

I’m not sure what else to say. The worst side of it is that bug fixes (and refactoring!) are the primary cause of delays. Think of it this way: every new month is an acceleration of the project, because everyone’s learning from each daily mistake. We wouldn’t be where we are without a series of unfortunate events paving the way to working order. Luckily, we’re not all stuck in a time loop of Q4 2016.

I’m trying to make sure at least from the apps side that I’m doing all I can, and helping to teach others, so that we always have a strong ecosystem of apps pushing the project along,

Although @Seneca 's decorum will definitely be the powerhouse main attraction, I still try to do what I can.

Been here a while, grown tired of talking about it to people like a broken record, so I kinda stopped (unless the person is into tech / code and we could possibly collaborate).

@goindeep don’t expect the release 2017 and you won’t get disappointed. The guys have a reason for not talking deadlines. They will announce a release say when it seems reasonable to do so.

Being the eternally naive optimist, I must say I think there’s a huge positive to the fact that it’s taken the team so long - it’s clearly damned difficult(and time consuming) to do! So what does that mean in terms of the competition? I understand nothing about software development, but it seems clear that it would take a competing team years to produce something similar. Either that or we have a hodge podge of Ethereum, IPFS, Golem and StoreJ where compatibility and integration of the different networks must surely pose problems.

@Artiscience Is probably right that I should scale back my hopes and expectations, but dammit I’m in the mood for a bit of optimism! So if we don’t see a full release by the end of 2017, I’ll deal with that disappointment when I come to it.

You probably have a few months to wait for real SAFEcoin so I admire the dedication and commitment Mick.

I’m both very lucky to have this connection speed which only just became available, and am balls-in on getting some farming rigs set up.

It will be great when we have a simulator or calculator that has input variables like CPU/memory, TBs of storage / storage type, and connection speed, which spits out a best approximation of number and size of vaults to use.

As you can tell from my posts I’m going a little nutzo-bananas in wait-and-see mode.

I tried to get BT to run fibre to my house, but they wouldn’t even discuss splitting the cost last time.

I know there’s a new govt mandate to get everyone on superfast in rural areas though (you can’t get more rural than my place ;)), so I’m going to try again this month. Hopefully they will be a bit more receptive.

170 ul is sick though. If I could get that I would also get myself balls-deep into farming!

Fingers crossed for sooner rather than later

You cant even get superfast in UK cities…

Back on topic. I really hope this is the year our dream is made a reality, but it is well worth the wait.

Also does not help that my provider oversells their service to the point where i sometimes struggle to even connect, then say, well your welcome to leave as were not honouring our agreement.

That’s interesting. Here in New Zealand (Auckland) I am now getting 100 MB download and 20MB upload with the fibre network being rolled out country-wide, for the same price as old ASDL

Doubt I will have the farming resources to make the 500/500 worth it though.

On topic: I hope we’ll see the full release in 2017, but I would be very happy if we reach beta with stable vaults at home and safecoin

True. But come now… its 11 years in the making. Ever hear of the perfectionist author who was writing a masterpiece but died before he could finish it. Same thing here. Sometimes it is better to release what you have and tweak what you have then to try and have something flawless. Look at all the great pieces of open source software, none of them were perfect but once released they attracted OS developers that further worked on them.

The Alpha is a stable release that depends on a droplet network, so demonstrates the network will operate as expected on high quality nodes.

When it comes to vaults from home, there would be no point releasing a Safe Network that lost data every few days (except in a test capacity, as has been done).

You need something that works before you release it, and that is what Maid Safe are working towards now. They’re not being delayed by perfectionism, but by not having a releasable network yet (which isn’t an easy task, but they’re getting closer by the day).

If only these guys weren’t thinking the same thing. 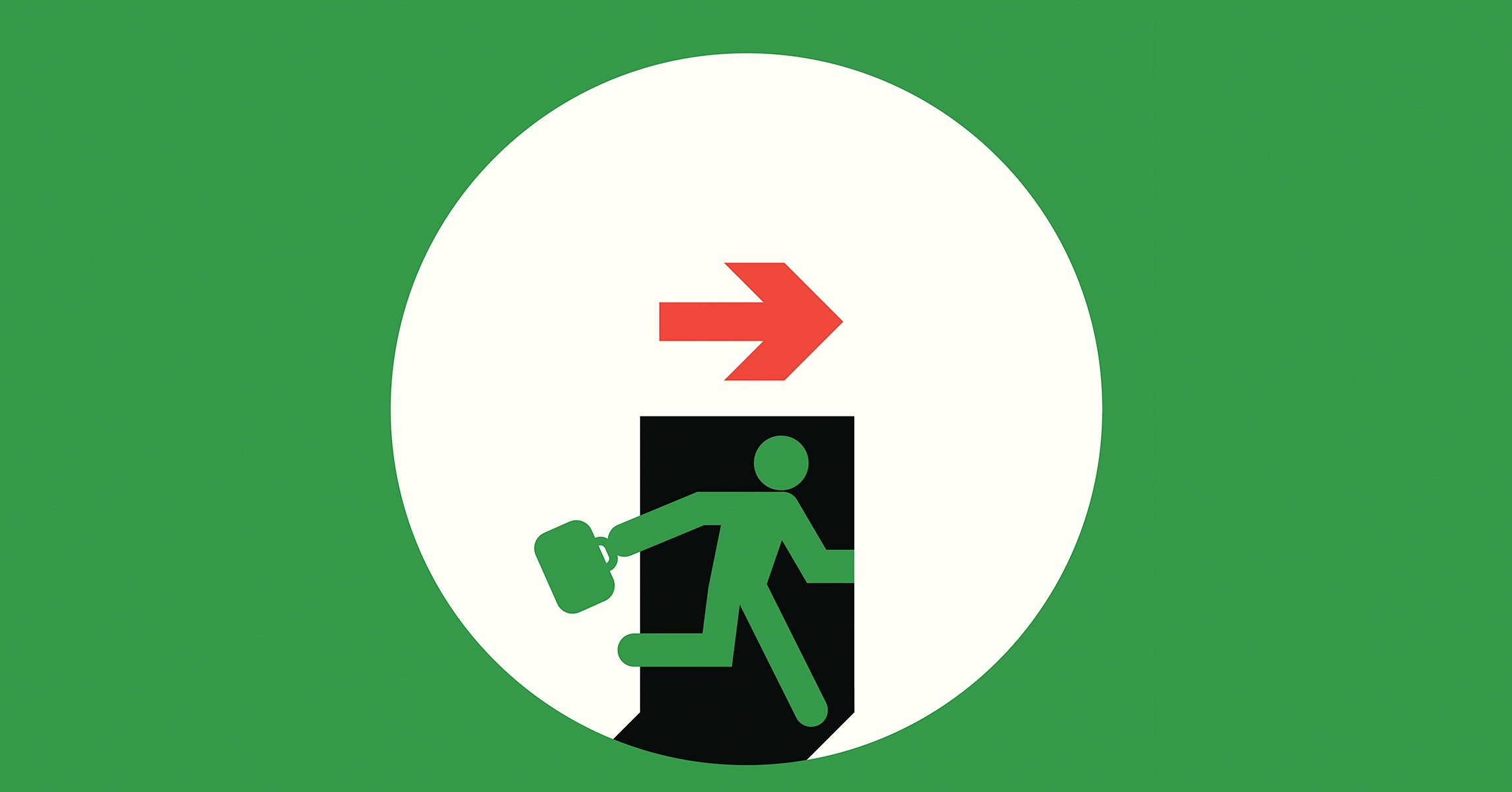 Someone Just Stole $50 Million from the Biggest Crowdfunded Project Ever....

The code behind the biggest crowdfunded project ever was supposed to eliminate the need to trust humans. But humans are tough to take out of the equation.

“It’s not clear yet exactly how the hack worked, says Andrew Miller, a PhD student at the University of Maryland who studies smart contracts and helped audit Ethereum’s code last year. But he says the attacker probably exploited a programming mistake that’s exceedingly common in smart contracts.”

Anyway, unfortunately the team at Maidsafe has very little latitude when it comes to delivering a home run. Team Maidsafe knows what they are doing and nothing will change their course of action.

I see that “soon” word creeping back into the updates which is a catalyst for these types of discussions.

I totally agree. To me the time it took until now combined with the decision to refacture the software in RUST is rather an indicator that we will have to wait longer than expected. Unfortunate, but I prefer to keep the past in mind when talking about the future. Anyway, no matter what happens, the technology won’t disappear even if MaidSafe fails, so there is no reason to get nervous. Let them do whatever they can do. Worst case: your play money turns out to be worthless. The tech is much more important.

Actually I do not see them trying to bring out a “perfect” system, but rather one that functions as a whole.

If you take a car as an example of multiple systems working together. If someone was to design from scratch a new car, they wouldn’t design a model T ford would they! It would have to have the features we see today on cars plus some more to make it stand out. (Tesla is an example)

Like the car there are many subsystems in the SAFE network and they have to work together. Yes many people could make a non-encrypted similar network, but that only requires 1/10 the work and it would be hacked/broken in a minute.

SAFE cannot come out with a system that is not fully integrated otherwise it would be like a lot of other things, EG the Internet now. And we know how secure that is. Fully integrated is not the same as fully featured and the SAFE team is only bringing out a fully integrated system and the Alphas/Betas/Testnets are part of the process of doing that.

Also if the security does not meet certain standards then SAFE is of no use.

Yeah and that’s fair enough I have nothing to argue there my point is sometimes people and markets don’t want to wait and while the waiting is happening they are being offered all sorts similar solutions.

I never realised you had such good upload in NL. One of my most favourite places! You have extender my house search. Sounds like connection can easily compete with what else I have looked into (Romania and Hyperoptic linked properties in the UK)