This is an exciting step forward for SAFE-FS, and part of many updates that we have been preparing for the immediate future, including several interviews I have lined up, as well as ongoing marketing and platform expansion.

As the first MaidSafe-based project to convert to Ethereum, we hope to show how simple and straightforward this process is, and how many benefits it offers, to help push MaidSafe in this direction

I have advised several other projects which I have recommended the Ethereum token standards for, and all of them have seen great success in exchange integration.

Glad to really push SAFE-FS into the next gear!

Check out our presentation at DevCon!

Also, our forum has been fixed and is live again,

All accounts should still be functional as before.

Feel free to open support tickets there, or on our SAFE-FS telegram channel at (t.me/safefs):

You can view and join @safefs right away.

Excited to continue all our growth this year

But feel free to post any questions here also,

This is great stuff Will. One question, what ethereum / erc20 token wallet would you (or anybody else) recommend?

I’ve never had any ethereum so a bit new to me.

Would I also need to own some ethereum?

This is great stuff Will

what ethereum / erc20 token wallet would you (or anybody else) recommend?

MyEtherWallet.com is a standard one, provides ability to create addresses that can be used for tokens or contracts or anything else. When combined with Trezor, that’s the total gold standard.

Any other Ethereum wallet that gives you export access to your private keys, like Exodus or perhaps Jaxx are good as well, for holding. But since they don’t support tokens, you’ll need to export from there when you wish to send.

Would I also need to own some ethereum?

Only when you wish to send your erc20 SFSC somewhere else. But until you get to that point, there’s no transaction gas fees so you don’t need any Ethereum yet.

I shall give one of them a go at some point. No plan on selling anything yet!

Hi Will, I sent my OMNI tokens successfully, when will I get the new ERC20 tokens?

We have the contract up and will be minting tokens in batches as people claim them.

Within several days at most, you will be able to see your equivalent SAFE-FS at the Ethereum address you supplied.

First Ethereum token transactions will be linked to on these forums as well as our own.

I remember when I introduced the idea of Erc20 token conversion for maidsafecoin, all the community can ever say is: “no, we will resist any change proposed to maidsafe.” Need some people with a can do attitude to show the community how it’s so simply done. By the time they finished their argument for why this shouldn’t be done, it’s already done. So people can stop sitting on their couches and typing no to every single proposal for change, and actually get up and make great things happen.

I hope you can do a rebrand too to show them that’s just as easily done as Erc20, if not much easier.

When did the news of ERC-20 tokens drop?? I completely missed this, amazing news

I just converted my coins on the safe-fs.io website but did not receive any confirmation of whether it was successful or not. The 10 minute countdown just ticked all the way down to zero and that was it. How do I check if and when the new tokens go through?

So this is the real deal? Maidsafe is moving to Erc20?

I’m away travelling at the moment and won’t have access to my coins until July at the earliest. Will this be a problem?

Maidsafe is moving to Erc20?

won’t have access to my coins until July at the earliest. Will this be a problem?

Shouldn’t be. Since this type of tech transition is so cutting edge, parts are being figured out. But I’m providing full support and if you still want to convert in July, I would be able to get you through that.

But for everyone else, sooner the better, and all together would be cleanest. But whatever is possible. Will always be there to support my initial SAFE-FS backers and hodlers in any case

When did the news of ERC-20 tokens drop?? I completely missed this, amazing news

I posted it a few days ago, wish I could boost the post somehow,

The 10 minute countdown just ticked all the way down to zero and that was it.

Yes that’s right, it’s functioning just as intended. Your claim was submitted and logged and the first Ethereum SAFE-FS batch is to be sent out in a few days, with yours included

What is the token address? I’m using metamask, so I’ll have to manually add it.
I just used the conversion and it gave me this address - 1PjVc19iTKsa2q369rW7kFntoYN7qnQHAF- for the token burn. I don’t know what token burn means.
BTW, how do you know that I’m the right owner of the SAFE-FS omni asset? I can just go and copy other people’s addresses and submit it.

Without mainnet going live I don’t see much value in getting the token to be listed at an exchange. Maybe It will provide people with a means to sell it and get out but it will not do much for the project. DEXes are all the hype these days. It might provide some exposure for the Safe-FS project, but we are dependant on a 10 year project -Maidsafe- with no deadline in sight after almost 2 years now.

So how does the MEW hack affect those using that wallet for the transfer. They could lose their SAFE-FS tokens couldn’t they? I don’t know enough about either but this does seem if people used MEW for doing the transfer/storing they ran the risk of losing their tokens 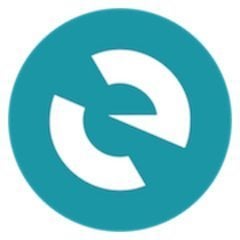 r/CryptoCurrency - MyEtherWallet has been hacked/breached

@tucos token burn means you can send your tokens Safe-fs at this address. It is supposed to be generated without a private key and your tokens will sit there until the end of time. You will only get the new tokens if you send the old ones.

Thanks for the reply. I basically failed to send them, so I need to do this again. I can do this anytime right? I have never used omni. I was planning to use them when the app went live.
I’ll try again when I figure out how to send omni assets to the btc address.

1PjVc19iTKsa2q369rW7kFntoYN7qnQHAF- for the token burn. I don’t know what token burn means.

That’s a BTC burn address, for you to send your omni SAFE-FS tokens to.

Best not to use this one anymore though since you posted it so publicly. Just click through the pages again to get a new one

how do you know that I’m the right owner of the SAFE-FS omni asset? I can just go and copy other people’s addresses and submit it.

That would be unwise, since you would only be giving your tokens away and someone else would get your tokens for free. So if someone tries to game the system like that, they only shoot themselves in the foot only.

Without mainnet going live I don’t see much value in getting the token to be listed at an exchange.

It’s mostly to help incentivize people to spread SAFE-FS, and for us to gain a bigger, very passionate community around our app, so that testing can happen with a wider audience and further help fund the app itself, since we hold some of the SAFE-FS tokens as well. transparency disclaimer. Standard practice, MaidSafe included. Projects holding their own coin, which incentives it’s own success

Won’t affect anyone at all. Was already fixed, and no SAFE-FS tokens have been sent out yet so it will be impossible for any one of us to be affected. Good to be watchful like that though.

Thanks for the reply. I basically failed to send them, so I need to do this again. I can do this anytime right?

Yes no worries, can just generate a new burn address on the website.

And I didn’t set a time limit, but it might last for 1-3 months to get everyone because we don’t have so many holders right now, just a ballpark in my mind for now but will see how this goes.

Of course I’ll always be here to support anyone who needs it as well, as I have been for years

resim.png1116×145 11.6 KB
I’m trying to use omniwallet.org and I’m trying to minimise cost and learn about the process. I sent the minimum amount according to website but even if I reduce the cost on the website and match the minimum amount it still asks for 5x the required cost. So basically I have to send my account some more, send SAFE-FS shares to the burn address and send back the remaining BTC to another address. That’s some hassle.

Is there an easier way? For example I can sign any message and you can verify it, it would still show that I own the private key of the btc address. Byteball airdrop used this method to verify I own the BTC address. I signed a message using Electrum’s sign/verify method.