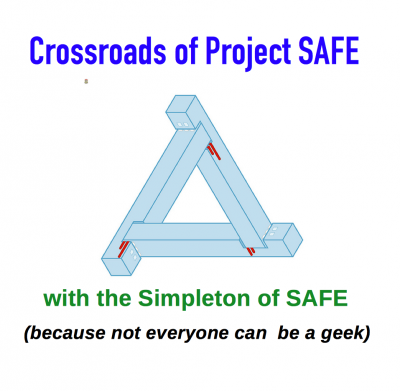 In this Episode We are delighted to present a recap of important aspects of the SAFE Network ecosystem and why they are important, followed by a great interview with Tim Coomber of Scotland, one of the hosts of the LIFE IS PEOPLE videocast on Google...

With original music intro/outro (“Arrival”) and bridge (“Magic Words”) composed and performed by our very own @Nigel (Nicholas Koteskey, for those who didn’t know

Max igan is perfect for network99 http://www.thecrowhouse.com/home.html he is a movie maker/musician and has a large fan base, but does not understand about crypto currency or maidsafe. He is begging for the need to join the network (’ my thought personally"), life is people needs to talk to him. I recommend listening to his stuff and invite him to a conversation.

Definitely connect him with Tim weadvancelivefree@gmail.com

Thank you I sent him a email and hope he can move forward, I think max igan would have so much in common with tim.

Interesting article related to just the sort of shift we talk about in the interview. Will look different under N99 and other applications of the SAFE Network. How exactly it will look, I’m not sure, but different for sure.

Center for a Stateless Society » Commentary

On June 22nd pop mega-star Taylor Swift, released an open letter to Apple Music, refusing to grant the company’s new music streaming service access to her newest album. Her letter was a response to Apple’s policy of not paying musicians whose work is listened to, by customers during their three month, free trial of Apple’s platform. Whether it was caused by the threat of a popular artist withholding her work or merely fear of bad publicity, Apple has since reversed its policy, and committed to paying artists even during free trial period.

Such victories for the music industry however are likely to be short lived as technology continues to make its primary business model unworkable. The growth of streaming music has already contributed to a significant decline in music purchases in all forms. Meanwhile streaming services are notorious for paying less than other formats. To illustrate this Grammy-nominated composer Armen Chakmakian shared a royalty statement in which he received a total of $4.20 for 14,227 streamed performances of his compositions. Depending on the service it can take hundreds if not thousands of streams to equal the revenue generated by a single iTunes purchase of the same piece.

This is not to mention people sharing and copying music among themselves, which has only been made easier with sites like The Pirate Bay. People usually avoid paying for what they can get for free, and music essentially exists in a post-scarcity world. Competitive markets drive prices downward, while an ability to duplicate indefinitely drives prices to zero. Such is the state of creative content. The consumers have spoken and the going price of digital content is free.

Ultimately the copyrights that once enriched record companies are illegitimate to begin with, as they are simply monopolies granted by governments and rooted in violent suppression of the freedom to imitate and duplicate what we observe. They are now unenforceable and the business models the state established with them are doomed to failure. What will replace them has yet to be decided. We know, however that consumers will benefit from getting limitless content for free and being able to discover artists who would have remained obscure in the previous environment. Furthermore we know that numerous creative people have been able to monetize projects (musical and otherwise) using tools like Patreon, Kickstarter and Indiegogo. While these may not replace the current model something like them could.

The future of music may not continue to be dominated by big budget stars like Taylor Swift, but creative people will continue to find ways to express themselves. The increased ability to share and discover information will only help those seeking to finance music and other creative projects do so. Furthermore, the duplication of digital content is just the beginning as advances in three dimensional printing and other technologies are now allowing us to duplicate tangible goods as well. Patents and copyrights are only going to become more unenforceable to our benefit.

We are on the edge of a world of plenty, and government created artificial scarcity regimes are one of the few obstacles in our way. While I appreciate Taylor Swift’s fight for artist getting a bigger piece of the revenue, it is time to rethink the system entirely and embrace its post-scarcity potential.