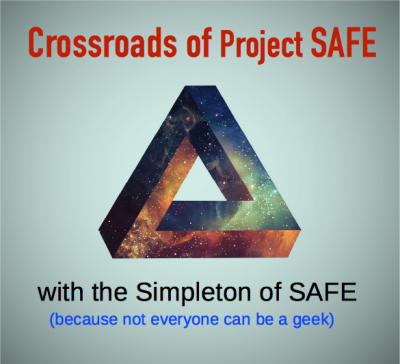 In this Episode We are delighted to present an interview with MaidSafe Core Developer, Benjamin Bollen, starting with topics of basic computer and networking technology (to undercut the latter part of the interview for as many people as possible) and...

If you haven’t heard it yet, this is a great time. If you have, a relisten wouldn’t hurt. Plus you get to cull the Magic Word and claim your portion of the week’s LTBcoin listener award.

Can’t get much fairer than that.

This is the last previously released episode, being played on the Let’s Talk Bitcoin Network to catch up. All future shows will come out on all fronts simultaneously.

Maybe you also want to add this to your website and accept altcoin donations, they will be auto converted to bitcoins

You can find it here
https://shapeshift.io/shifty_button.html

Keep up the good work

I have Shifty on my LTB links, but it’s an oversight to not have added it to my safecrossroads site. I’ll get to it soon.