Just found this article on Hackernoon:

The world doesn't need a new Facebook, it needs a new internet

Low-level P2P protocols and decentralizing technology can flourish in the aftermath of recent scandals. However, without mature underlying…

It is shocking that these sort of articles either don’t know or fail to mention Maidsafe or SAFENetwork. It is the direct use case.

Holochain delivers beyond the promises of blockchain by providing a lightweight, secure and versatile framework for everyday distributed apps.

Has this been looked at before? Why yes, Kurt:

Any compaison between MaidSafe Skycoin and HoloChain Related Projects 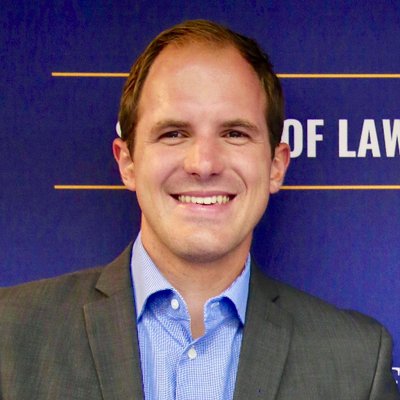 I do not see a link between that article and China.

Sorry, there isn’t one in the article. I’m just pointing to the tweet content. Craddick’s organization was the organization that broke the news on the analysis results of the DNC server: the data transfer was too fast for any possible hack; only direct physical access would explain it. Thus, it was a leak, not a hack. Does that make Craddick a reliable source?

Anyway, I was carrying over the themes I was touching on in this thread:

The Cambridge Analytica scandal is a drop of water trickling down the visible top of an iceberg. Focus on decentralizing power Press

I know there’s not an explanation on Maidsafe or the SAFE NEtwork and amounts to a mere name drop, but felt it was relevant enough to post. Feel free to move to a different topic if “Press” isn’t fitting. Maybe someone would be inclined to add more about the SAFE Network and Maidsafe in the comment section.

There’s been a bit of push back for a number of reasons, so I’m letting people figure it out on their own…dropping a few links here and there, but trying also not to drift to far afield from the SAFE Network topic. Anyway, the information is out there in the open.

Bottom line: I agree. Time for a new internet, new communications infrastructure, new secure devices, etc. ALL OF THE ABOVE.

I hadn’t seen this thread? Is it in a category that gets pushed off the home page? Thanks for linking anyway!

I specifically searched for ‘holochain’ and ran across it.

Meaningful appearance from Snowden in the middle of this.

I would love to see a new network come up that cannot be controlled by anyone…but the problem is that they control ISPs and they can prevent us from accessing the network. We need a decentralized access to the Internet or we must develop a completely new network that is not dependent on current gateways.

First, they can’t block access because they can’t identify the data. They would have to block everyone. But if you still think it’s a problem, looking at longdistance WiFi and meshnets might be a place to start.

I think @paulr is talking about the Internet in general, not just Safe Network.
Like Turkey and N Korea blocking free access to everything the Internet has to offer.

I had to read it several times to really get what he was referring to.

In other words, he was just saying that he approves of the SAFE Network initiative.

Yes … that’s what I meant. They might basically prevent us from accessing the safe network in the first place. That thought is kinda scary but who knows how far they’ll take it

who knows how far they’ll take it

I know who knows. It might get uglier first, but we’re in good hands. Trust the plan.

I would love to see a new network come up that cannot be controlled by anyone…but the problem is that they control ISPs and they can prevent us from accessing the network. We need a decentralized access to the Internet or we must develop a completely new network that is not dependent on current gateways.

We currently live in a world where an internet connection is pretty much required for many basic things. Denying someone access to an Internet connection would be similar to say for example, denying someone the right to walk down the side walks. This sort of action would create violent uprising in a way that the Wall Street elites could not control the chaos. We must remember that the Wall Street elites do have a life style that they enjoy that is built on the backs of the slavery of the rest of the human population. They don’t want to do anything that is going to upset the lifestyle they enjoy. If they wanted to do that, they’d have already done it.

So therefore, if they did take such drastic measures that would absolutely result in a drastic revolt of the general population – then even the idea of having decentralized networks at all would be a moot topic, because we’d all have larger priorities, such as: just surviving to the next day.

So with that said – the biggest threat that matters is that our evil overlords own all of the DNS (Domain Name Services) and for the non-geeks in the proverbial room: every computer on the internet is given an ip address (syntax: 111.222.33.44). So obviously some name or another dot ext (ie: a domain name) is much easier for people to remember than a series of numbers. Take away the name and even though the website might still exist on the ip address, people no longer would know how to get to it. This is why The Safe Network DNS system being decentralized, anyone can take any name they want for free as long as it is not already taken – and it is mapped to a virtual location on the network storage vault system that is owned by your login identity on the network itself. Therefore, no one can yank it out from under you and hold it hostage.

So within the centralized Internet, domain names are linked to an ip address. With The Safe Network, they are not.