Reggie successfully called several bank collapses before they appeared in the crisis in 2007/2008. He is a regular guest at CNBC and more financial channels.

Zerohedge is focusing on this bank for a long time as well:

Is Deutsche bank the next Lehman?

I have no position long/short in this bank. I keep with my Tesla’s ;-).

Now you have Dimon claiming a second meltdown is almost impossible in defense of Hillary because the banks supposedly don’t buy each other’s crap anymore. How come he didn’t ring the klaxon last time? I’ve heard their all back in stupid derivatives again and now it seems like public pension funds are in them too. Why! why! why!!! And negative interest what could be worse than that- it won’t work as a way to get people to invest.

“So, What’s Going On In European Banks? You Won’t Like the Answer”

The report mentioned European banks have a mountain of bad debts totaling around €1tn. The bad debt amount to 5.6% of total loans and advances of Europe’s Banks and 10% when lending to other financial institutions are excluded.

Who was the report done by? When the housing collapse happened they grossly underestimated how much bad debt they held. They said it was a small percentage when in fact it was a huge amount. Hidden by “auditing” agencies who labeled them great investments.

In Europe it’s quite over the news. They made a fund in Italy and “fixed” the problems. At least that’s what they say

. I indeed don’t trust that sector. Before you no it there’s way more trouble than anybody could have seen.

Carl Icahn is a short as he can be…

With A Historic -150% Net Short Position, Carl Icahn Is Betting On An Imminent...

"We’re much more concerned about the market going down 20% than we are it going up 20%. And so the significant weighting to the short side reflects that."

"The biggest problem is that DBK has too much leverage. On our measures, we believe DBK is still over 40x levered. DBK can either reduce assets or increase capital to rectify this. On the first path, the markets do not exist in the size nor pricing...

“The System Itself Is At Risk” Bill Gross Warns, Shorts Credit As “Day Of Reckoning Is Coming”

"The System Itself Is At Risk" Bill Gross Warns, Shorts Credit As "Day Of...

Bill Gross, who manages the $1.3 billion Janus Global Unconstrained Bond Fund, said he is moving to sell credit risk and insurance on market volatility rather than buying long-term debt, because he believes a day of reckoning will come when central...

From Deutsche Bank to Credit Suisse and from Barclays to Banco Popolare, the European banking system is getting battered this week with today's plunge the biggest in 4 months...

From Deutsche Bank to Credit Suisse and from Barclays to Banco Popolare, the European banking system is getting battered this week with today’s plunge the biggest in 4 months…

It Begins: One European Bank Fails, Another One Needs An Urgent Cash Injection!

If you thought the crisis in the European banking sector was over, think again...

It Begins: One European Bank Fails, Another One Needs An Urgent Cash Injection!

Interesting news this week as Belgium-based Optima Bank has been shut down by both the National Bank of Belgium (which also acts as the Belgian regulating body) as well as the ECB. According to the national supervisor, the bank would have been unable to meet its commitments to its clients and was forced to cease all banking activities after some potentially fraudulent transaction were unveiled.

It’s surprising to see the main media have tried to keep this silent as even the website of the National Bank of Belgium didn’t bother to issue the press release in English (whereas all other press releases on the home page can be read in English). There’s no statement from the ECB either, nor has this news been translated on the English version of website of the state-owned national television station.

The situation is so bad the regulator has already immediately tasked the special fund organizing the Deposit Guarantee Scheme to start paying out the clients of the bank, even though Optima Bank hasn’t filed a bankruptcy procedure just yet. The urgency of the need to pay the clients does indicate the situation is extremely bad and even though it’s a very small one (it had closed the savings accounts division last year), there are two more important things you need to keep in mind…

It is becoming increasingly impossible for the glad-handing, cheerleading members of the status-quo-hugging club to ignore the fact that Europe's banking system is collapsing.

It is becoming increasingly impossible for the glad-handing, cheerleading members of the status-quo-hugging club to ignore the fact that Europe’s banking system is collapsing.

Here is what seems to be happening- very clearly- the whole global junk loan junk bond junk debt scam known as derivatives is built around insuring a petrol bubble. But consciously, unconsciously, in terms of consensus and in terms of science everyone knows that petrol is obsolete. At the same time the whole empire invasion game is built around petrol and using it to keep the Mid East w seeming to be worth invading. This whole pile of BS is collapsing and loser petrol cowboys are going to be replace by cord cutting as surely as someone will release the current decade equivalent of Skype by pairing tech life 5g/safe/mesh/IOT- first the lights go off with a cable telco lock out dumb pipe conversion then the cord gets cut. Just like with the insurance industry vs self driving cars- surprise capital is obviously as obsolete as petrol. Its power to the people not the rent seekers, their rents are canceled and they are fired Brexit style.

Over three years ago we wrote “At $72.8 Trillion, Presenting The Bank With The Biggest Derivative Exposure In The World” in which we introduced a bank few until then had imagined was the riskiest in the world.

"Deutsche Bank appears to be the most important net contributor to systemic risks, followed by HSBC and Credit Suisse. The relative importance of Deutsche Bank underscores the importance of risk management, intense supervision of G-SIBs and the close...

A time bomb. Now if you multiply that times 20 I figure that is what the capitalists in just the US owe us for taking us backwards on equity. Right now the 2% share of the econmony should be 1% or a little more not 64% like in the 08 census. 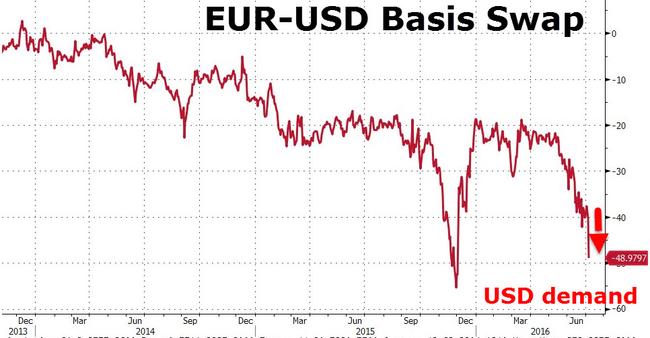 The signs are everywhere - if you choose to look - Europe's banking system is collapsing (no matter what Draghi has to offer). From record lows in Deutsche Bank and Credit Suisse to spiking default risk in Monte Paschi, the panic in Europe's... 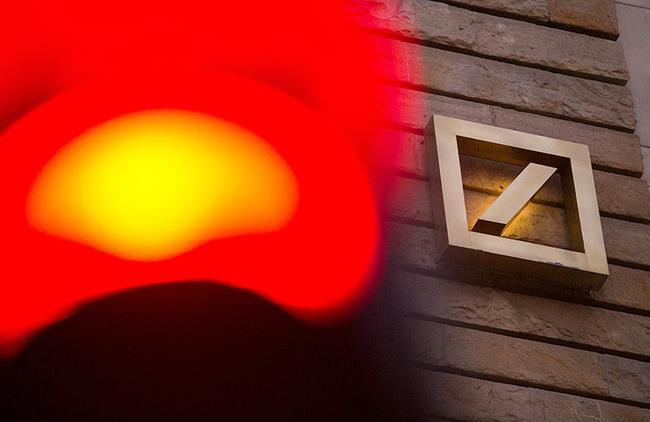 For most of 2016, Deutsche Bank shares had been sliding fast. On Monday, they crashed, down more than 7%, after Angela Merkel refused to consider a bailout for the troubled lender. The bank's bonds have slumped, while it default risk spiked. As...

This Interview was also quite good imo. 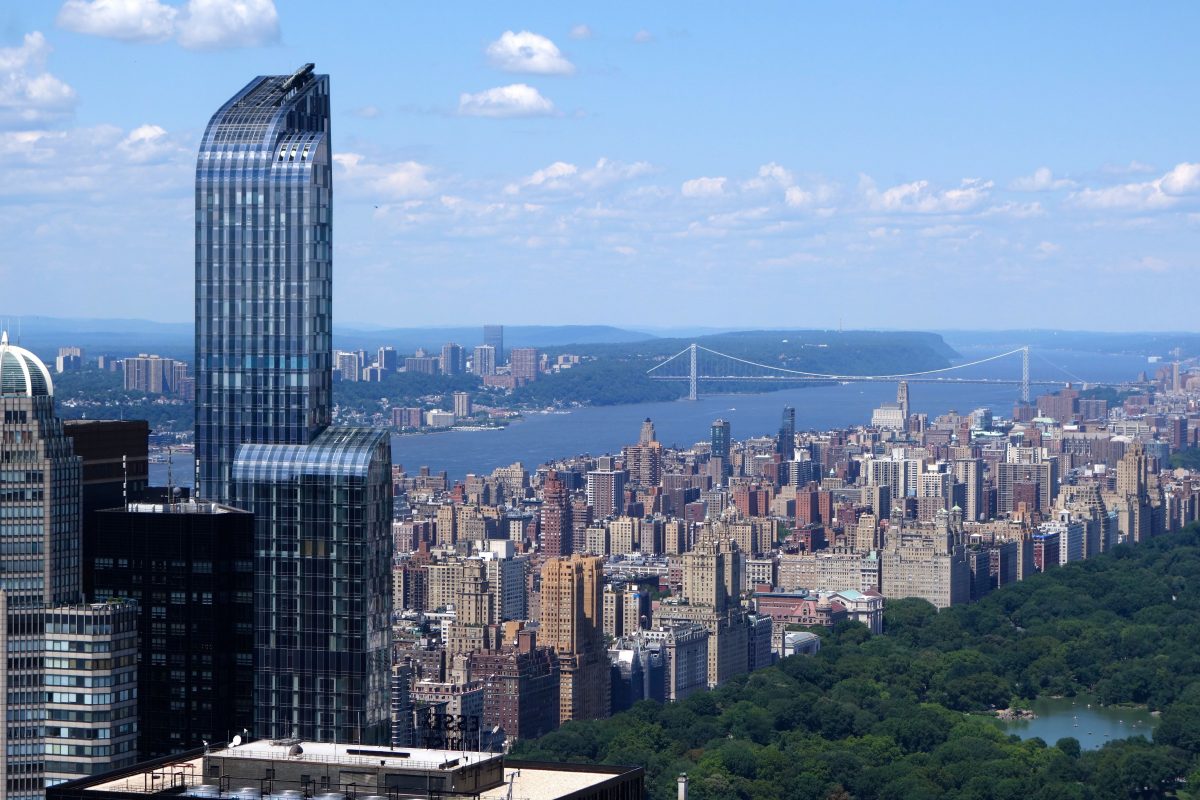 The US Real Estate Bubble 2.0

To make outsized returns or avoid some nasty losses in investing, you have to go against the grain. There are few people who live that principle more than Reggie Middleton, the CEO of fintech (financial technology) company Veritaseum. On his...