Rebranding MaidSafe For The Mass

We discussed giving alpha releases names to start drumming up some buzz and giving it some identity. Maybe this would be a good place to start? Then the final release could have a different name too, if desired.

For the people who don’t know: Alpha 2 is called ‘the Authenticator’.

MAID is only around until SafeCoin launches, then it’s just the name of a company building apps 'n stuff, so who cares?

I agree that in the short term MAID could have had an easier run, but it seems like a bit of a pointless effort to rebrand maidsafecoin in lieu of SafeCoin. TestSafeCoin isn’t a million miles away. Does getting a few dozen more speculators on board now really matter in the likely context of millions piling on board when it launches?

It seems like a fairly short window and the real rebranding happens anyway, at exactly the right time for the network and the audience it’s reaching, when there’s a reliable working product for them to really ‘use’.

Wouldn’t it be weird and confusing to rebrand twice in the space of a year or two? From MAID to ‘X’ then ‘X’ to SAFE?

Off topic: I would, however, like to see some more popular wallet-integration of Maidsafecoin. I read a while back that Jaxx was planning on integrating it?

I would, however, like to see some more popular wallet-integration of Maidsafecoin.

Yes, maybe @SarahPentland should think about contacting the likes of Jaxx and Exodus. And maybe some other exchanges like Bitfinex too, or for a fiat trading pair anywhere. That would seem the simplest route to a bit of a short term growth in interest. Put it under people’s noses?!

Hi,
I will have a look into new wallets but can’t promise anything.
We are looking at other exchanges too, will keep you all updated with my progress
S

Great stuff Sarah. I know Exodus has the back-end already in place to support omni assets, they just lack the will because they are so busy and expanding so fast. They are both very popular wallets used by a lot of people, especially newcomers to crypto. Being available on Exodus etc would put us under the noses of a lot of new investors.

Good to hear you’re looking at other exchanges too. A fiat pairing makes entry much easier for people too. The more fiat pairs the better.

I agree. I also think that there are too many names as is right now. Is it Maid? Is it Maidsafe? Is it SAFE? I think we need to stick to one, and I think SAFE makes the most sense as it is simple, digestible and has relevant meaning.

This is something we have been discussing a lot recently. There are no plans to change the name but we realise we need to make a clearer distinction between MaidSafe and the SAFE Network

An Open Letter to the Community From Shingo Lavine – Ethos.io – Medium

Bitquence is Rebranding to Ethos 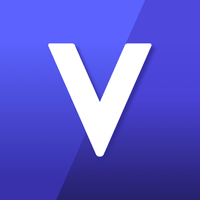 Get Ethos price, charts, and other cryptocurrency info

We are not looking at rebranding though, we are looking at cementing the brand and the messaging. It would be a distraction to rebrand and we are in distraction free mode right now. If its not work to launch then its not happening at the moment. We need grim determination to get across the line with a working launched product. The marketing folk need to crystalise the messaging and engage partners and customers. Apart from that it’s no change in course and definitely no decrease in speed.

Just please don’t be too disheartened when you see the leeches pop up with a bunch of inferior products in the next couple of years loosely using the term ‘autonomous’. They will sadly and not unexpectedly as they did with the whole distributed/decentralised Tagline. Imitation/Flattery type thing.

You guys have our full support in putting your head down and ignoring the distractions, it’s the correct path, deep down we do get that (despite our impatience sometimes).

While it’s a desirable and understandable aim to have the brand appeal to ‘the masses’ the reality of how you might go about achieving that involves clearheaded targeting of individual societal groups and an understanding of the language they use and how they think.

In particular you’d do well to be appraised of the broad broad ‘value mode’ or Maslow groups and how they may currently understand the internet landscape, and which facet of the SAFE Network proposition would appeal to them or help meet their needs. Layer on-top of that an understanding of demographics and varying technical literacy, and you’ll start to figure out how to tailor messaging effectively.

A ubiquitous brand isn’t achieved by ubiquitous messaging (unless you have very, very deep pockets and a lot of time) its achieved by targeted messaging and an appreciation for how knowledge and perception of a subject can permeate between groups; and how these groups influence each other.

FWIW, my gut tells me the main mark—SAFE Network— is just about right, although I’d be tempted to de-acronym, and encourage use of ‘the Safenet’ as an alternative to ‘the Internet’. It gets to the core of the proposition: a safe alternative to the internet.

All of this could and should be tested of course; especially if you want to keep things low-cost and sure-footed.

Agree that Safenet is a good option, but is unfortunately a no go, Jim, at least if we want to avoid litigation: https://safenet.gemalto.com/. I also agree that targeted messages with specific objectives and calls to action are the way to go.

Given this thread --> The SafeCoin Roadmap - The Road of Thieves

I thought it could be FUN

to restart this old one. Not necessarily as being overly serious at re-branding, but just to shoot out some ideas and have a few laughs.

Since we have the “perpetual network”, can we has “perp”-coin lol

Maybe not to sarcastic on that one as if we have strong anonymity many perps will be using it lol! Of course one person’s perp is another person’s hero - morality is relative.

We also have the Autonomous network, so Auto-coin … but “auto” and “autonio” are already taken on coinmarketcap.

We could go the route of the likes of Amazon and use “THE NILE NETWORK” lol … those who don’t use The Nile are just in DeNile about their Internet freedoms.

We could try the word “safe” in different languages, for instance in latin we might use “Salvus”

Well those are my first Salvo’s … oooh wait, “Salvo”, not too bad!

Salvo-coin – except in Australia they’d think it was a recycled coin … errr, wait, actually it will be recycled by the network … hmmm

Anyone else have some good ones?

Well being that coins are ever only held in vaults why not consider VaultCoin.

I suppose Ask Jeeves had the most clear and obvious name… but got destroyed by Google - possibly one of the most ambiguous names in history.

The Boring Company is my personal fave in recent history.

I think there are two ways of looking at the problem that: either 1. the branding, naming conventions, messaging, etc., have led to little awareness or mid-understanding of the project, or 2. The team has made a deliberate decision to remain relatively low-key (excluding certain conferences) until a MVP or Fleming is released. Based on previous posts of David, I assume the latter, and we have to respect that decision. I make the assumption that once Fleming is out there, the full might of outreach (with bloggers, inflicted etc) and marketing will be unleashed.

Well first of all we need to get rid of everything with ‘coin’ in it. That’s really cliche now.
Facebook did a great job with ‘Libra’. No cliche, simple, sounds good and has a meaningful meaning.
It should be something like that, but then meaningful for the SAFE Network.

So keep it close the SAFE Network; ‘Chunks’? It has a currency meaning as well(?) Chunks of gold etc.