I’m currently exploring the possibilities of the new data types Public / Private Mutable Data. During my tests I have found out that the current design might be problematic and would love to bring this to a broader audiance (previously discussed in the dev forum) to hear your thoughts. Also: Maybe I’m completely wrong with with my assumptions so any feedback is appreciated, especially from the core devs.

Assumption / Problem:
Public / Private give the misleading impression that Private MD is only acessible by the user who stored it. Actually I would love such a data type or at least behaviour, but from the comments above it seems that this is not the case.

If I understood it correctly Private MD is decryptable by anyone who has the encryption key. This is problematic for web apps as there is no way to store these keys permanently (only options I know for storage are the session or local storage of the browser which both are not permanent).

Link to the discussion in the dev forum: 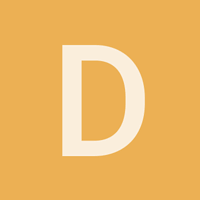 As I understand, reading the MD RFC, the READ of and MD, even private, is not blocked so anybody can ask for this data if they know the direction and TypeTag. The protection for this data, if private, is the symmetric or asymmetric encryption. So I...

Public / Private give the misleading impression that Private MD is only acessible by the user who stored it. Actually I would love such a data type or at least behaviour, but from the comments above it seems that this is not the case.

Anyone can read a immutable chunk, but only with the data map (encryption keys) can the chunk the understood (read)

Reduce Public/Private MD to just one data type “Mutable Data” and give the option to encrypt or leave unencrypted.

Add a flag / parameter during creation so only the user who created the data can access it. E.g.: “isPrivate”.

That is an option, but also adds complexity since the core code has to determine allowing access (raw read).

But it might be a more usable method. Then again having the read api use the private key to automatically decode the MD when read. This requires the read code to know its private.

Add something like a getUserEncKey method to the API which retrieves a unique encryption key associated with the currently authenticated user. This would also allow storing data which is only accessible by the logged-in user by harnessing the private key provided by the network.

May I suggest that the API does all that for you so an APP cannot record the user’s keys and store in another MD for the APP developer to harvest.

Thanks @neo for your additions to which I fully agree!

May I suggest that the API does all that for you so an APP cannot record the user’s keys and store in another MD for the APP developer to harvest.

Actually that’s what I meant with the “isPrivate” flag, where the network handles the encryption (secure storage and retrieval) of the data on behalf of the user. The “flag option” and the getUserEncKey option are actually somehow competing suggestions and have pros and cons on their own. But they can also co-exist I think. The key option gives more flexibility as where the flag option gives more convenience and reduces complexity on the user side.

That [adding an isPrivate flag] is an option, but also adds complexity since the core code has to determine allowing access (raw read).

It sure adds complexity on the network layer but drastically reduces complexity on the user side - which I think makes it more reliable and secure. In the end, this would allow automatic encryption / decryption managed by the network without having the need to store private keys. Wouldn’t this be amazing? Like I said above, I actually thought Private MD would already allow such thing but it looks like I was wrong.

Sorry for the bump but any feedback / thoughts from @maidsafe would be really appreciated. E.g.: As it would mean a huge change to MDs, is it even considerable? Does it make sense in your eyes? If yes, would it be worth drafting a RFC for it?

where the network handles the encryption

In the end, this would allow automatic encryption / decryption managed by the network without having the need to store private keys.

I’m not sure i get these two points, but here’s what i think and you can correct me if you were asking something else:

Network (routing and vaults) has no concept of encryption/decryption of user data. As far as the network is concerned there no such thing as private or public Mutable/ImmutableData - there are just two types - Mutable (versioned) and Immutable data. Private and public are terms which make sense only on the app/user end (safe-client-libs and frontend code above and beyon it). When app/user specifies private Mutable data, every entry in the MutableData::data is encrypted using the following scheme:

For public MData, that optional field in MDataInfo has nothing, so no encryption/decryption takes place hence anyone who knows about that MData can read all entries. Whether they can mutate it or not is a whole different story and involves permissions embedded into MData itself, enforced by DataManager vault-persona. There’s more detail here on only owner being able to change the ownership of MData etc that is enforced by both MaidManagers and DataManagers (in different ways for different objectives) but i’ll avoid that here as it’s not relevant.

As you can see, AFA the network is concerned, it’s all Vec<u8> for it - it doesn’t know if it’s encrypted/plain-texted. The more important point is it cannot and must not know. If the network knew your private keys in order to decrypt data for you, it will have to store it somewhere. Since this is decentralised there is no server where your private keys are stored in some company’s vault which can be hacked or the company itself can use it to get everything out. So it’ll store it as plain text and then anyone can access it. This however is more like client side encryption where the network has no idea of any of your secret keys.

Thank you very much @ustulation for this detailed explanation of the deeper levels. I know you guys are heads down in berserk mode right now! While I have pretty much experience with traditional web development I’m still trying to understand all the implications and concepts the decentralised approach brings with it. Such feedback helps a lot!

…it cannot and must not know. If the network knew your private keys in order to decrypt data for you, it will have to store it somewhere.

You are right, this sounds logical. So if I understand it right, the only option for the user/app is to store the encryption key locally? This is where my pain comes from, because as a web app, I don’t really have this option. Do you have thought about this?

Or maybe I’m just too confused already. ^^ My main goal which I want to achieve is a simple app where authentication is bound to the currently logged-in Authenticator user. Actually pretty similar to what the web hosting manager does but as I’m not familiar with node.js it’s too complex for me to understand / learn from it. In other words, if a user visits the app he should be automatically recognized (e.g. greeted with username) as the user he initially registered while authenticated.

My own idea was to create a Private MD named after some user identifying attribute e.g. user ID or key (which I learned does not exist, or is not provided by the current DOM API). This actually led me to the above questions / thoughts.

Could anyone with a better understanding point me into the right direction, how the above could be achieved? Once I get this all sorted out I’m looking forward to put all these learnings into a newbie friendly tutorial.

It seems what we need is a way for apps to store private keys as part of the account info, or perhaps in the app’s own_container but encrypted / decrypted using a key only available from the user account info.

@ustulation do you understand the issue I’m thinking about here: where to safely store a private key so that an app can ensure only the logged in user can access it, and allow an app to decrypt private MD?

If this is already catered for, can you elaborate, or if not spell out the current options? Thanks.

@Mindphreaker @happybeing sure - authenticator has all the info. Currently everytime an app is started it invokes (via OS primitives) a-ctor and asks it to authorise it. If a-ctor finds the app has previously been authorised it’ll give it the same primary keys and info it has abt it. It’ll contain app’s enc and signing asym keys, a symm key, MDataInfo (hence all the info) of all the containers it wants access to.
There’s an option in the a-ctor UI to ask user everytime a know app does this or silently (re)grant auth (1st time or 1st time after revocation a-ctor should always ask). A-ctor stores top level MDataInfo in login packet for a few MData, which in turn will store info about other MData/IData and so on. So that’s toally secure until user cred is secure.

Another, less secure, option for apps would be to store the a-ctor given fob locally so that it does not have to invoke a-ctor everytime, but then it depends on how secure the machine is etc. As MaidSafe (dont quote me 100% on this though) i think we say that ur data is secure once it leaves ur machine - that is MaidSafe’s reponsibility. If the machine (including OS, keylogger, malwares reading application memory etc) itself is compromised then there’s nothing much we can do. We have mechanisms so that things don’t accidentally get compromised (e.g. user dialogue pops up) but beyond a certain point it’s the job of the user/OS/Antispyware etc to keep the local machine safe.

Currently everytime an app is started it invokes (via OS primitives) a-ctor and asks it to authorise it.

What is a-ctor? Short for ‘a constructor’?

Puzzled me too, but it’s Authenticator!