It is also good to note, that many of us, myself included do not wish to further delay the release of MaidSafe by further development and one would assume that implementing a PtP system, developing it, managing and administered it by MaidSafe would create further work. Correct me if my thinking is wrong.

My suggestion is a win/win and keeps all stake holders happy without expending more effort.

I have suggested this in both of the current threads but I would like to draw some direct attention to the idea because I honestly think it can work well and there is almost no MaidSafe resource that needs to be used up for implementation.

Apps I believe we can define clearly as websites, tools, games etc.

Content creators otherwise known as ‘producers’ in this theme we can define as musicians, writers, animators, video producers etc.

These are the people we are discussing. And there are many of them.

If we look at the current Internet we know that some of the biggest sites and apps are essentially user-generated content sites. Meaning the site and or app requires producers to produce, upload and share content otherwise that app or site is rendered completely useless. It is a partnership between the app or site developer and the users AKA ‘producers’. Examples of these sites and apps are:

Most people would say these sites are successful. Lets look at how some of these sites incentivize their users to upload and share content.

There are in a very general sense three ways these sites and others do this and some of them use methods 1 & 2 but very rarely do they use all three and for the discussion I’ll only mention the third but we wont discuss it, as it is not relevant.

Not all sites do method 1 & 2 and the difference used to be much clearer.

A problem solving value adding site example that does not use the Revenue sharing model would be Twitter. Twitter allows it’s users to easily communicate and build large followings.

A revenue sharing example which also ads value would be Google’s Adsense program which is undoubtedly the worlds largest revenue sharing model. Youtube uses it, Blogger uses it and many other independent sites and apps use it.

The difference used to be that sites which used revenue sharing models had a problem of attracting large volumes of user-generated content from its producers because it was usually (not in all cases) more labour intensive. Examples of this would be making a video or writing a blog.

Problem solving and value adding sites did not really have this problem because the labour was not intensive at all. Take a look at how quickly someone can tweet a tweet or post a status update on Facebook as opposed to filming high quality video’s, editing and uploading on a regular basis.

Nevertheless ALL of the sites that have previously not offered revenue sharing are now considering revenue sharing models and some are even secretly using this method to test the waters. Some links for your reference: 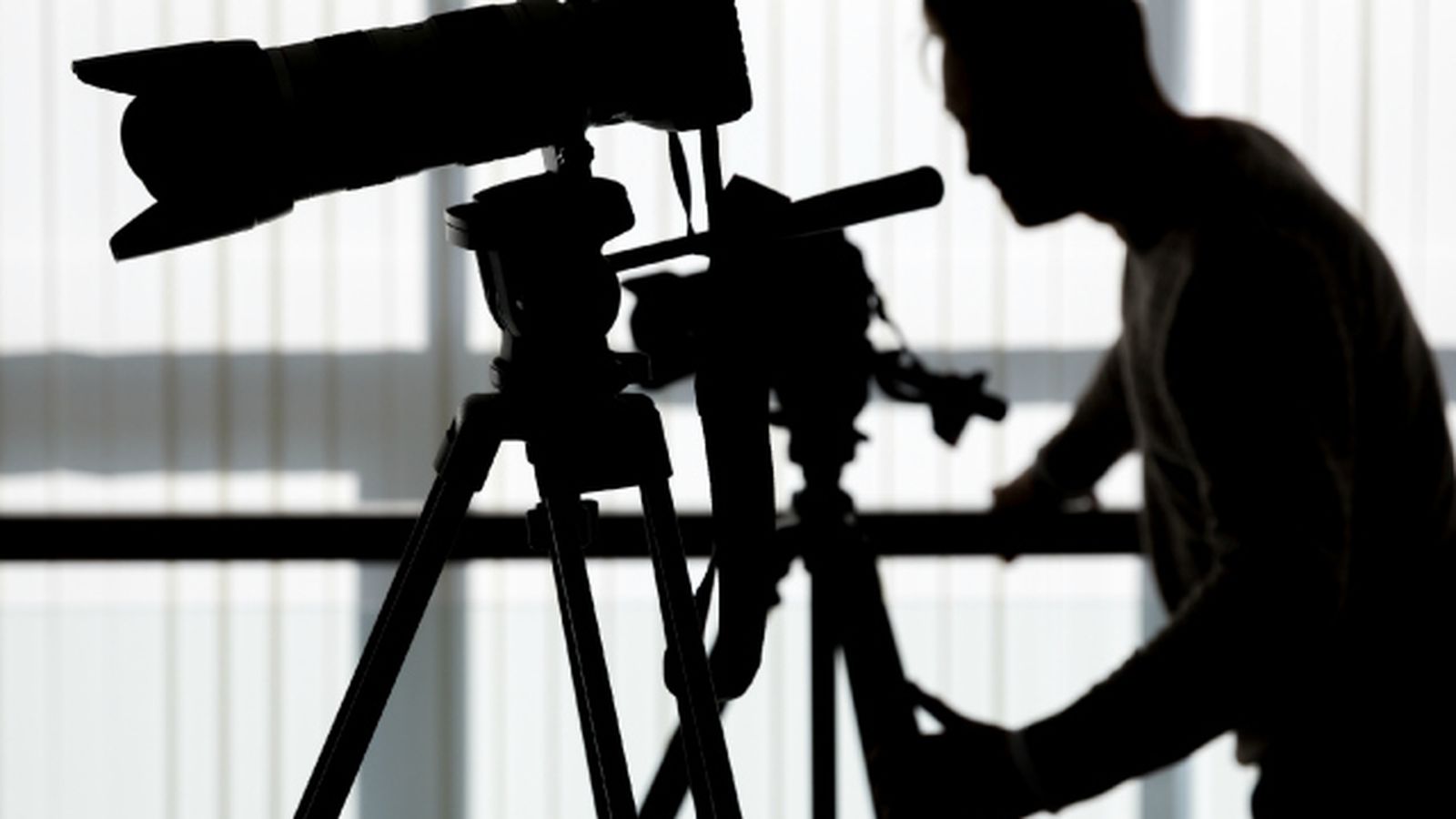 No coincidence here: Facebook's revenue split is the same as YouTube's.

I’d like to highlight the value that user-generated content creates in a partnership model with an app/site devloper and I think it should be obvious.

Based on the above models we already know work well we should indeed attract user-generated content to our network but we should not interfere in how this is done and instead leave it up to the app/site developer.

So, how do we achieve this and attract large volumes of high quality user-generated content to our network without interfering too greatly in the app/site developers business model and not interrupting the current network development or sucking it’s resources?

I propose a simple update to the API/License.

This way MaidSafe can set the stage for how app/site developers act on the network as well as make recommendations.

I propose a simple update to the API/License.

What do you mean here? Change the GPL? That’s one of the biggest attractions of SAFE, for me at least

This is very interesting. It’s great to distinguish the two.

But I think the arguments against PtP are that it’s hard to implement on the network level, because all the network sees are lots of encrypted chunks.

So how could it possibly say who’s chunks are more valuable, and should earn more coin?

I think that’s really the only technical thing in the way of PtP implementation, but it’s a huge problem to fix. IDK how yet, but MaidSafe and the community have figured how to punch holes in the internet, how to replace servers, how to create the world’s first 100% unhackable networks, and proposed world-changing ideas in a hostile world without angering anybody, so I believe in their problem-solving powers with all my might

(tl;dr I think we need a combination of a small, base PtP and a very easy micro-tipping SafeCoin economy to realize fullest success)

What do you mean here? Change the GPL? That’s one of the biggest attractions of SAFE, for me at least

Just the license. Literally the wording. Nothing else. The market will take care of the rest.

So how could it possibly say who’s chunks are more valuable, and should earn more coin?

It wouldn’t. That’s the point. Why should the network concern itself any more than licensing and recommendations? We should be attracting content but not developing the systems and transactions between the app developers and their users who generate their content.

Licenses will be totally unbinding because the the network is an autonomous robot. It is missing the code for hiring lawyers and enforcing contracts. It is not to be run by MaidSAFE as having a central point of control is a massive security risk. And the second party is an anonymous hash that may or may not be bound to any individual or legal entity. Neither party has a disclosed jurisdiction. Nobody is going to read the license, let alone mail in a monthly statement.

I say the network charges what it chooses to charge and pays who it chooses to pay, and the public can either use it and participate in it or not. No paperwork, not identities, no permission required to use the network, no lawyers.

How do we come to terms for fixing a security bug in network?

So Bitcoin Core is being challenged by Bitcoin XT (see @dallyshalla s thread here) The question that is rapidly becoming relevant for the SAFE network is: how do we manage upgrades in the SAFE network? I'm interested in hearing what ideas you guys come up with. I'll only share some considerations the SAFE network is autonomous, and can host its own binaries (old versions, as well as new proposed updates) Bitcoin has a global state in the blockchain and can count votes, setting deadlines a…

I love paying content creators. However, I don’t believe the burden to do so should be on the network until the following items are resolved:

Only then can the debate begin about how a feasible implementation of PtP can occur. (FWIW, the first two I believe will be technically possible eventually. The last one will be the real stickler.)

Until such points are resolved, I believe that while a network implementation of PtP will be infeasible, the SAFE Network will most certainly be able to augment existing business models in favor of the content creator based on it’s unique infrastructure.

I do not understand why we can crowd an open source app on top of the safe network layer that lets the consumer pay for the download. eg. streaming video that has micro payment built in as it consumes the data or time it automatically deducts payment. This ultimately force people to provide resources to the network and become a renewable gas system as I farm I provide to the network and as I consume from the network in return deducts from my safe coin holding.

We dont need lawyers to enforce anything.

This is what I am saying.

I think your missing my point slightly and I probably should have specified.

Your not going to get all app developers doing this, of course not.

But even if you get a small group doing it via your license agreement and recommendation and if even a small number of them succeed you will see a massive amount of ‘producers’ naturally gravitate to their services and then you will naturally see more app developers offering the same sorts of schemes because they can see it works.

The point as I saw it was that you modified the GPL to add a 1 percent fee to be paid, and asking them to send a statement of revenues each month.

No. Will be nearly everyone’s answer, I assure you…

True but not all people will farm and not all farmers will use the networks services and the ones that will wont be farming in exact proportion to using network services. You can think of this like solar energy. Some people make more than enough energy to power their home and even supply the grid and others can only supplement their energy needs.

No that’s not the point.

What invoices, what statements? I never said anything like that.

I think you have missed the point maybe.

I think you stumbled on your own answer:

if even a small number of them succeed you will see a massive amount of ‘producers’ naturally gravitate to their services and then you will naturally see more app developers offering the same sorts of schemes because they can see it works.

In what ways and to what extent does this need a change to the core network license to work?

I was talking about the API license.

And regardless thats not the point. Your getting stuck in the specifics.

The point is to not have to do anything other than make producers attracted to using the network because our app developers have systems for them to be paid with.

Before I dive into the rest, I would really like to hammer this license thing out. How do you differentiate the core and the API licenses?

Thats not the point.

The point is in who you target. I would have thought App developers would be agreeing to some sort of API agreement or license?

This file has been truncated. show original

And if they are not lets make them do this.

Before I correct some misunderstandings, the point you were making with that post is that you don’t want them to agree to that specific proprietary license that you pasted? (for many reasons I’m sure)

MaidSafe has agreed to supply and license, and the Customer has agreed to use and pay for,
MaidSafe’s proprietary software on the terms set out in this agreement.

Who cares. That’s not the point.

Its the idea man, the idea…!

We I love the idea. We’re concerned about the license. Read the first paragraph in this page then come back and tell me what license the devs will be agreeing too…