Well said, I do see progress and passion but i question the transparency (folks leaving without it beeing notices in updates) and am worried about the work left to be done/funds left, thus Im asking questions which will calm me down and assure the goal can be reached,

I shouldn’t, because I’m sure the team has tough skin, but I can help it feeling sorry for them…do you realise how much work is involved in scoping out a task with that level of detail? Have you ever worked on anything more complex than blowing your nose? And then they give you timing, you can’t count, and attack… no words

thus Im asking questions which will calm me down and assure the goal can be reached,

That’s understandable but step back a second and ask yourself at what cost.

It’s understandable but not healthy at all. If he needs to ask so many tedious questions to calm himselve then he is obviously over-invested (like I already suspected). Glad to hear that he sold half of his investment, would be cool if he could now also adjust his posting rate accordingly. ^^

Really, that’s why I hate such traders, especially in the crypto space. They all just want to get rich as fast as possible without providing any value to society. Also by doing so, they don’t realize that they just waste their life-time and most of them will end much poorer than they initially started out. Especially from a human perspective.

Im asking questions which will calm me down and assure the goal can be reached,

That’s pretty conceited, IMO. Managing your own nerves and expectations is your own responsibility. Moreover, literally no part of your constant complaining will assure any goal will be reached. Your actions are the definition of counterproductive. If you want to be useful, try:

Edit: To add quote for completeness.

First, we’re delighted to welcome @oetyng to the team! You’ll most likely recognise his name, as he’s been a prominent member of the community for a number of years now. He’ll be initially working with @ravinderjangra on safe_app_csharp to restructure the project for future changes, looking into different solutions to provide support for the new APIs and data types, before moving across teams to provide support where needed. We’re very pleased to have someone so passionate about the project working directly on the Network, and no doubt we’ll see his efforts soon enough (no pressure

People leave, people join. Natural. Churn of any office in this day and age. Great to see new hires, clear evidence there is no cash problem.

They certainly have the cash to hire more people and are doing so and are delivering more tasks that they promised in the plan.

are you calling 1 pull request for SMD in the last 14 days massive, for BLS there was no pull requests in last few months, I mean really? Looks like a research period.

why is there almost no coding in github right now? After the vault 1 release (which I admit - the pace was impressive in github), there is almost no progress in vault 2 or routing repo for few weeks now. Is this an research period? It doesnt look like full steam that’s for sure.

You are deliberately providing a false image of Maidsafe activity. You cannot ignore that Maidsafe has 57 Github repositories, plus the developers’ forks. Two of them without commits for 4 or 11 days isn’t a problem at all.

Have you ever considered making comedy sketches @anon94252342? You waiting for food at a restaurant, queueing for a rollercoaster in disneyland, waiting for the little green man to cross the road, caught in a traffic jam on a motorway, sitting on a plane before takeoff, the possibilities are endless. I for one would be tuning in to see what levels of pointless flailing anguish you’ll reach next. And there’s the added bonus that it might be better for your health than following software projects, which clearly drives you up the wall

I’m sort of hoping the project plan is extended by 6 months in the hope that you know who sells and disappears.

The reasons for any delay are simple. England won the 3rd Test at Headingly and all the Scots went to the pub and drank their depression away, at the thoughts of England winning anything.

The devs in India have been doing SFA for a couple of weeks as they have been transfixed to their TV screens. Indians just love Steve Smith

I know a lot of you reading this don’t have a clue but there it is.

@Cryptoskeptic, old bean, you were almost talking sense there for a minute in the first para. Then you spoilt it all when you started going on about your stupid colonial pastime. It’s a pastime, a hobby if you will, but its hardly a sport…
So here’s a wee message to you and @anon94252342
DILLIGAF 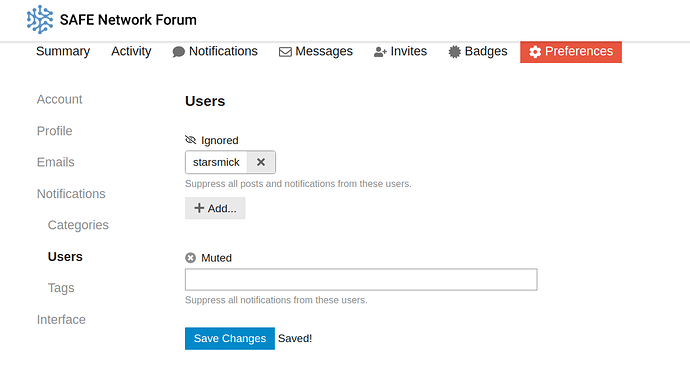 I am posting honestly, impatience after being told we are getting there many times is growing.

You’ve asked this question in times past and are getting the same answers. It is hard to get the sense of integrity & genuine desire to learn when you repeat the same dance every so often with the same results.

If you asked “at what stage is the coding since you see little in github” would get you answers if you were “honest” and wishing to know But with your history of pissing off people by questioning their motives and character I think it will take time of you being a normal human and asking politely for you to shed this air of fudder.

And after all those things the resulting code changes are placed on github.

That’s understandable but step back a second and ask yourself at what cost.

Those questions would be happily answered if they were asked in a reasoned and polite way, I am fairly certain there would be no problems. But when the team’s creditably, motives and character is questioned every so often by one person then that person obviously will not get good answers if any at all. And quite expected too. Imagine asking those questions at a council-public meeting, I’d say he would be escorted out of the meeting quite quickly and him screaming “what are you hiding” Typical conspiracy theory type of questioning where they expect that people are lying and they demand the truth by calling them liars

If you want to be useful, try:

I would include asking politely these probing questions without the implied assumption everyone has been lying or are sheeple and he is the only awoke one here.

Actually this is one of the most transparent private companies (or crypto project) that i have seen out there.

Yay 3rd test is now forgotten and will enjoy a few drinks.

Does his wife know this?

And lastly @happybeing there is no doubt here.

I will be using DILLIGAF quite liberally from now on. Brilliant

This is probably true to a certain extent. Yet if we look at the publicly available join dates on people’s profiles we will find that one very vocal moaner joined in the middle of the late 2017 bull run. When the price was about $0.50.
Could be those bags are currently very much down, hence a relentless sense of urgency.

Sorry. I’m wracking my brains here but I just can’t think who you’re referring to. 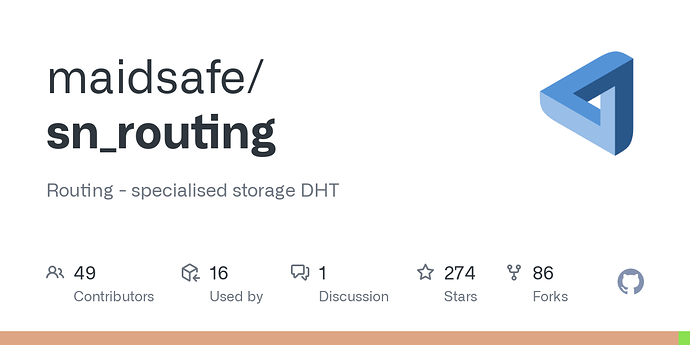 The above looks brilliant

BLS and Node Ageing remain for Flemming and Maxwell is already well under control. Will someone please give the Devs a shoulder massage at their desks

Anyone from Maidsafe know if we will have any update on the academical review of PARSEC soonish?

I reckon about this time next year. Those academics are overworked you know