Fyi, I just withdrew some maidsafecoin (£1300 ish) with no issue at all. Transaction immediately appeared in blockexplorer.com and confirmed within about 10m.

I believe they are endorsed by the Maidsafe team

Have you any quote for this.

I ask because I don’t remember them saying anything at all and would like to know for sure.

And please as a reader of any project/forum, I’d like to see some quote/link to statement that claim/say/suggest the development/owners endorse something. I would normally reject any such statement as a matter of safe reading.

Not doubting you. Just I like “invoking higher authority” statements that claim endorsement to be evidenced, when the said endorsement is not common knowledge.

My experience over the last 2 days on poloniex is that they are slow, and the consequences of that, but it is operating normally otherwise. The API only has errors every few hours for me, but 99.9+% of requests succeed. (1 to 2 requests per second)

The trollbox always has some who have withdrawal problems, complain about this or that. And when things are running slow it is expected there will be an increase in problems/complaints. This often happens when a new coin is added to prevent proper trading in the coin, the perps are often a rival coin or whales wanting to manipulate the market a certain way. Seen this about 5 times in the last year

I agree that people should only have funds they expect to trade with on any exchange. 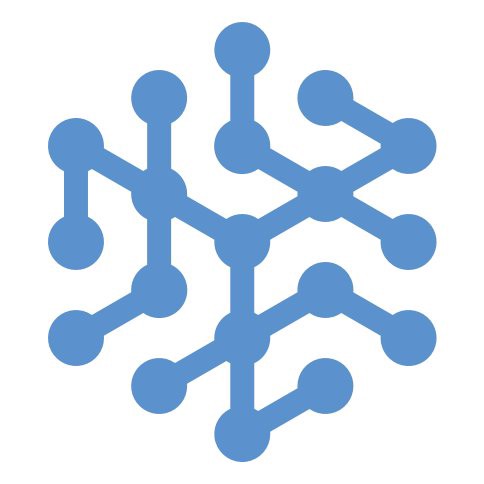 Stories from around the SAFE Network.

CoinPayments
After presenting at the main conference, David and Nick went to speak with members of the press and were joined by Coin Payments CEO Alex Alexandrov. Coin Payments, a partner of MaidSafe Asia, are the largest alt coin payment processor in the world, processing in excess of $50million of transactions per month and have 132,000 vendors across 182 different countries. Processing over 55 alt coins, including of course MaidSafeCoin, the company have been great supporters of the the SAFE Network and are great advocates of our technology. They have also created their own MaidSafeCoin wallet and offer secure coin storage via their vault. You can find out more on their website.

Thanks for that, I must say I had forgotten reading that bit. Must have skimmed too much.

I feel the need to start a topic about the DIABOLICAL state of Poloniex. Yes, it might have 40k visitors, Yes they make insane profits on trading fees. What on earth is going on over there? Are they blatantly milking all the traders? It seems everytime there’s a bull/bear run, they blame it on DDoS!

The sooner we have a Safenet based trading platform the better. It can’t come soon enough.

I feel the need to start a topic about the DIABOLICAL state of Poloniex.

I had some MAID on there from back in the day, and wanted to withdraw it to safer places. It said it was going to send me an email to confirm the withdrawal, but it’s been 3 hours

What is everyone else’s current experiences with Polo these days?

what the heck, I didn’t type that

hey guys not sure if it’s a glitch or not, but there was a message on here talking about lawsuits and it looks like it was sent from my forum account?

Has anyone else had their forum accounts compromised, this was very strange. I just changed my email and passwords on many things to be safe, and fresh OS install.

Got very scared when I saw that message posted by my account, which I definitely did NOT type earlier

Now that is worrying!

ok looks like it was form my Asia trip, I had logged in from someone else’s computer and he told me it was him and he logged off.

all fixed, identified, and secured. hope I didn’t worry anyone. Funny that these accounts don’t log out automatically after a certain amount of time

I had some MAID on there from back in the day, and wanted to withdraw it to safer places. It said it was going to send me an email to confirm the withdrawal, but it’s been 3 hours

What is everyone else’s current experiences with Polo these days?

I DID however type this.

How is everyone getting along with Polo these days?

I pulled everything I had out of Polo. I’m no longer trading. Just watching and waiting now.

Polo seems very happy indeed to accept my deposits. I haven’t tried making a withdrawal for a while though …

EDIT: The exchanges, outlets, wallets etc all seem to be under the cosh at the moment. Coinbase was down for a few hours today, second time in two days. As soon as the traffic gets heavy they can’t cope.

I should think they are swamped today with all the price action.

I’m in the process of pulling coins off Polo based on their lack of support and slowness of their site. To get my withdrawal limits raised I sent a support ticket that went unanswered for three weeks. Ended up finding their phone number and dialing every extension until I got someone to answer about 2 months ago. He seemed very surprised I was asking about customer support but I got him to take a message that I wanted someone to call me ASAP to talk about their terrible service.

I never got a call but the next day my support ticket was answered asking for a skype call for verification. I told them no way, this is not in their policy, just up my limits. They did raise them. About a month ago I opened another support ticket to get my limits raised again. This is still unanswered even though I add a comment every few days asking what is their problem? It is concerning to me and I don’t feel good about having a large amount of capital on their site so I am diligently taking my max out every day. Not a happy customer. I get they are busy but they need to hire more people to deal with their problems. They are developing a terrible reputation. Many people are moving funds to Bittrex but it is slow due to low max limits of withdrawals.

How is everyone getting along with Polo these days?

Only problems are load related.

But definitely improving over the last month.

I bought some MAID when the price dropped to below 15K just recently and now withdrawing it. Hit the $2K limit so it will take a few withdrawals to get it out. One w/d failed but they fixed that pronto but the rest have been fine.

Is this crap still being discussed? I been with Polo for years, not a single issue. IN saying that…maybe they should run their site on SAFE kekekekeeke

No issues - thought I had one for about an hour - a withdrawal showed a “Complete:Error” message for a while, but resolved itself and the transfer completed fine.

a withdrawal showed a “Complete:Error” message for a while, but resolved itself and the transfer completed fine.

Are you saying it fixed itself and redid the transaction? How long ago?

Are you saying it fixed itself and redid the transaction? How long ago?

@neo
I was transferring MAID from Poloniex to Bittrex on June 13.
I had read in the Poloniex help screen that if you get the message “Complete:Error”, to contact them. I actually did submit a ticket (maybe an hour after the trade) and it was resolved almost immediately.
I never did get a reply to the ticket so just assumed that the problem had resolved itself. I added a comment to the ticket saying the issue was resolved and sorry to bother them. (I thought possibly it was just a timing issue with the small amount of BTC needed to store the MAID or something like that)
The transaction showed up on blockchain.info and was soon in the other account.
I thought I had probably just jumped the gun in submitting a ticket, but anyway, it all worked out fine.

I’ve had the same problem a couple of weeks ago.
@neo responded here: MaidSafeCoin (MAID) - Price & Trading topic (Part 1) - #1883 by neo
Enable cookies (so no icognito session I guess?).
Also after 30-60 minutes I could login again.