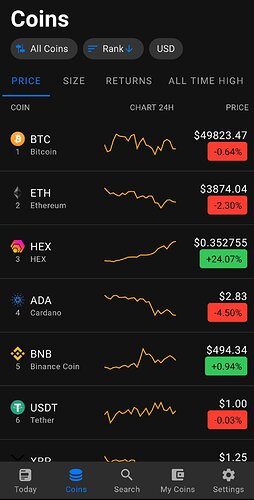 What has been the confusion about their marketcap?

“The confusion” was that they were gatekeeping them. For example coinmarketcap has stuck a lot of tokens on page 3, other than Hex, which is disgusting - because at the same time they allow ads for real scams on their site and on the third page they keep things they don’t like: 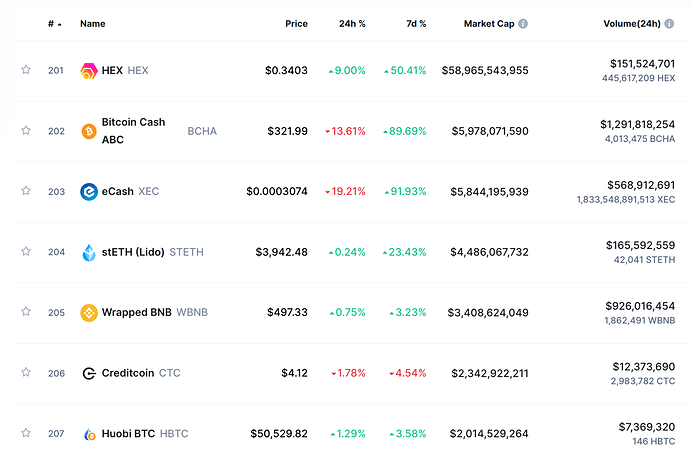 Coingecko doesn’t even have them ranked.

The Foundation is proud to announce the release of OmniLite! A decentralized platform to create tokens/assets via the Litecoin blockchain. This innovation is thanks in part to Litecoin Dev @Loshan1212 The next stage in the evolution of #Litecoin is here: bit.ly/3BMXiEm

Is this just omni on ltc?
Maybe will get better uptake than with btc.

Smart Contracts, DAOs, Tokenised Assets and NFT’s can now be created on the litecoin network.
The interesting thing is that this could be implemented in bitcoin, right?

Seems that along with the dip today some CEX’s were DDoS’d severely.

I wonder who would benefit from such antics on this day? I kind of find it hard to believe government’s would, but if not then who? Why? What has it accomplished?

Eager to get some opinions.

Are you sure this was DDoS? I thought there was a massive Reddit group who decided to buy bitcoin all together yesterday. Maybe that’s unconnected, but we know that the current infrastructure can’t scale so it’s not necessarily DDoS when things get overloaded.

Are you sure this was DDoS?

There are multiple reports that it was, below is Paolo from Bitfinex but others have made the claim too, not only Bitfinex.

Could just be an excuse but Bitfinex has an excellent reputation of holding strong when the likes of coinbase crumbles. 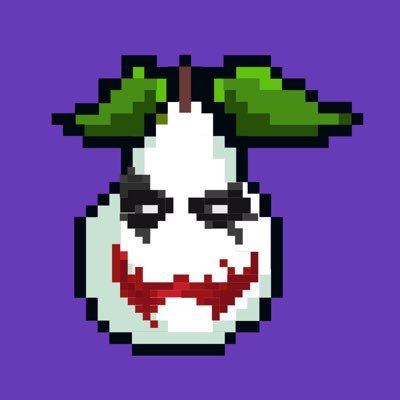 @paoloardoino
1/ A nice spike on the number of requests (~10x) during peak volatility. Someone must hate #bitcoin so much to try really hard to bring @bitfinex down. In the end we preferred to pause the platform to ensure platform stability. Also... here's a jpeg, please can I have an NFT? twitter.com/bitfinex/statu… https://t.co/T9sWvZIs3L 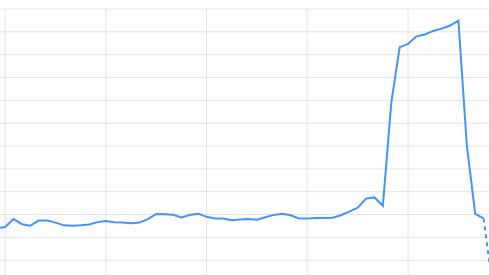 The intervention is now complete and trading on Bitfinex is once again live! https://t.co/WId9uYgQhH 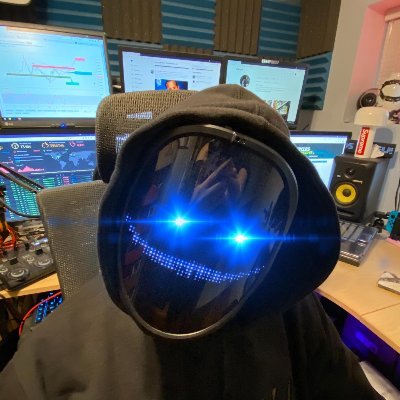 @goodguybiker
Several lightning service providers and exchanges are being attacked right now. Massive correlated DDoS attacks. Exchanges being attacked liked Bitfinex and Blixt wallet. This is very correlated and seems to just be the start. Attacks on infrastructure bitcoin and lightning nodes
2 Likes
Dimitar September 9, 2021, 1:48am #2774

Time is the most valuable form of money in the world, and Hex is something that monetizes time.

I cant find HEX on coinmarketcap.com. It is too much… I know you are truly passionate to Maidsafe. But you pump HEX too much. And If you want to do that, I really recommend do that at HEX community.

@moderators what is the purpose of this thread?

@bridge, this topic is exclusively for Other Coins - Price & Trading. If you are only interested in the Safe network, please feel free to use the mute button:

what is the purpose of this thread?

I forgot to tell you what the purpose of this topic is.

Here we are signaling things that we believe are good speculation in the short term.

It is clear that everyone in this forum believes that the future is Safe, so I think you will agree that people who speculate on other tokens anyway will be happy to make a little more money to buy more MAID? 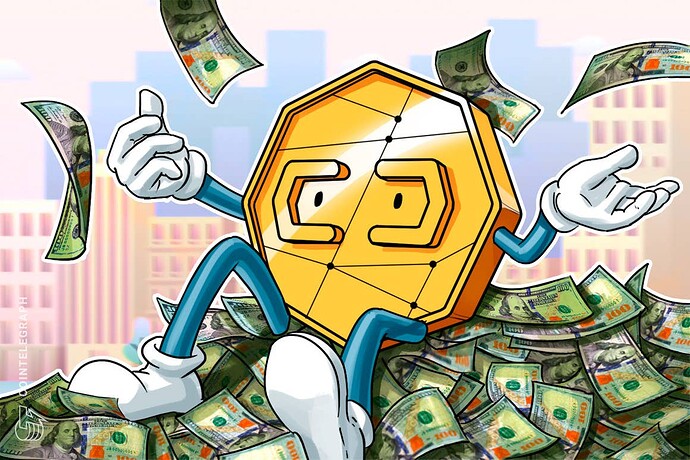 dYdX exchange releases governance token, making its airdrop worth up to $100K

The DYDX governance token becomes the latest airdrop to surpass $100,000 for the most active users, and the DEX's transaction volumes highlight the rising popularity of layer-2 platforms.

Anyone else surprised to see Tezos sponsoring in F1 so extensively? That’s some serious spending.

Ah, I see it’s an NFT thing, so they are heavy in the merch.

Anyone else surprised to see Tezos sponsoring in F1 so extensively? That’s some serious spending.

Tezos is a pretty good example of what we might want to see for a marketing approach. They have a tumultuous past and have been highly ignored by the traders because of lack of massive appreciation but they really have the trifecta now in terms of marketing.

I think we have a strong and educated community already but we should make sure it’s one that can grow effectively with shared pre set marketing materials like what @m3data was doing or being able to share podcasts like @fergish produce, the comp sheets @Bargo_d shares, @Dimitar’s approaches/data/calendars/etc.

Next we’ll need apps being built, grants from BGF thanks to @BambooGarden, these apps to be useful and grow sophisticated while also marketing themselves and building their own communities, and finally for @maidsafe or it’s foundation to also do a more broad marketing of the network while forming and advertising partnerships.

OneOf is a great example of an app on Tezos that is rooting itself in the mainstream with well known artists providing affordable “clean NFTs” (which is a term the community created and the TF and others decided to run with) and they market themselves. One ad was in time square of NY City (that can’t be cheap!).

In the real world, when you make accusations that something is a scam you have to prove it or suffer the consequences. The Hex community, which has more than 40k active members, is suing Binance and CoinMarketCap: 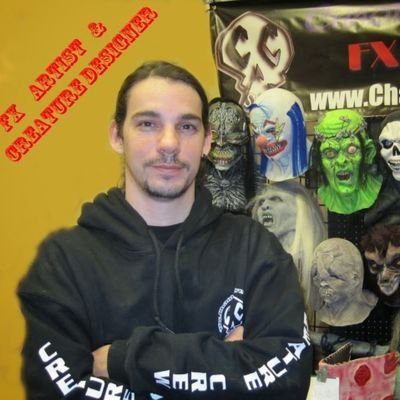 @ccfxstudios
Full details of formally file complaint as a matter of public record. Feel free to share your opinion but the court gets the final word. No opinions, ideas, or wishful thinking can stop it now. It's real and it's happening. #hex #hexflex drive.google.com/file/d/10c_dpd… https://t.co/sLJTREHvyf 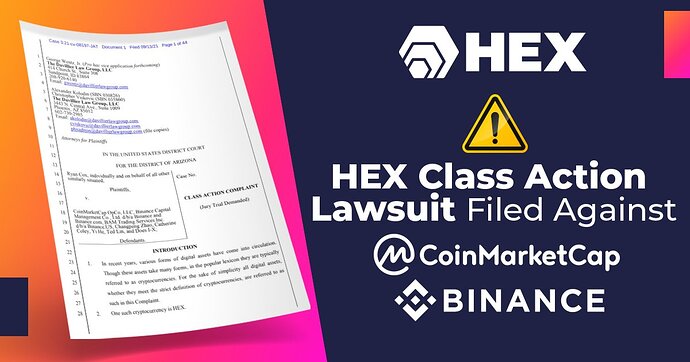