Not sure if that is due to poor communication (which can happen in good projects), lack of patience from community, or that it is just another shiny new project with not much substance.

Definitely poor communication. I don’t think it’s a scam (it’s been going for 18 years so it would be the longest running tech scam in history) but they may have overpromised on timelines and hit some unexpected difficulties.

Woah what’s the news with STORJ?

the requested page is not found

Bitcoin and Cryptocurrency World News: Search and discover the latest BTC Stories in Categories, follow the top Crypto articles on the Web with BITRSS.com

I don’t see STORJ as a serious and usable project.

It’s made its token swaps and rumour-run-ups but
some who checked the guts of this promising idea
from a developer’s point-of-view found it miserable.

I think there was a long & good article on medium…

I don’t know that much about Storj.
I remember however the following topic: Are Erasure Codes (Storj) better than Replication for the SAFE network?

There’s a lot of kumbaya articles for STORJ out there,
the sun never goes down… everything is positive…

However, I found the article I read a while ago,
it goes through several aspects of the project.

Even if some details have changed in the meanwhile,
it’s still an interesting read & point-of-view on STORJ

Storj: Not a Dropbox Killer

Storj is a “storage coin” with over $30M of ICO funding. The thousands of investors would be outraged if Storj was anything less than a…

For your information, the reason for recent price spike is me selling about 10% of my portfolio just before. I’m not sure what is the exact causal mechanism, but I’m sure it’s there.

Kind of funny when these sudden spikes are roughly the size of your sell. You look your portfolio two - three days after and it seems exactly the same. You get the feeling of a well filling to the usual level.

It’s true; one can always count on MAID
moving up precisely once a meaningful
sell happens. Take it as a wink to rebuy.

BAT seeing some nice moves up.

Very interested to see how that whole project does as they are making some nice moves and have a lot of credibility.

Enj coin up 600% in a few weeks because it’s wallet may be available in the Samsung phone. Imagine its price if it can actually do something

The market is so irrational. Decentraland(MANA) just announced HTC partnership last week and is up 20% since… Arguably the largest VR company just partnered with the oldest and most developed block-chain VR platform, let that sink in… Yet people FOMO into a unproven and undeveloped shitcoin based on a rumor, its insane!

I think it shows that the market is starting to get its appetite back. Six months ago, it was unlikely to happen. Now some curiosities are getting price spikes. I think we must be at or near the bottom of the cycle now.

Itchy fingers. Time for this year’s large buy?
Is bitcoin about to rally? I can’t be the only one asking, either I’ve fallen for some orchestrated news item and price spikes… or this is it. Can’t go any lower can it.
FOMO ?

Time for this year’s large buy?

Can’t go any lower can it.

Bear markets aren’t over when hope is back, but when all hope is gone, everybody sold, and no more is left to sell. When you feel nothing can stop it to go who knows how much lower, that’s probably when the last seller also sold, and it may be time to buy. 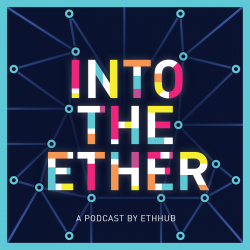 Into the Ether is a podcast focusing on all things Ethereum and DeFi. This podcast features in-depth discussions with prominent guests in the space hosted by Eric Conner as well as weekly news recaps featuring Anthony Sassano.

Hmmmmm with Multi Collateral Dai, Mkr holders can easily let Dai become a top 25 token on CMC, how? Well if Ether is no longer the only collateral, they might as well use Maker as collateral, which as side effect creates more scarcity for Mkr. $700m Maker/2 = $350m Dai = top 25 token… The big picture is most Ethereum tokens converted to Dai making them stable and scarce at the same time.

Btw kids this is not financial advice, I’m a clueless consumer…

What happened to your sub $1k prediction?

Personally I believe BTC will bounce around $3k to $4k for a while and kind of needs to have an extended amount of time with low volatility to finally complete the bear market cycle.

I expect BTC to slowly start to rise towards the end of the year, maybe October onwards. I can see the price ended somewhere between $6k to $8k.

What happened to your sub $1k prediction?

Bitcoin has been trying to break out but it keeps failing. Should it go on for much longer, people may give up and it can start crashing again, and crashes don’t follow rules. Well, they kind of do, but knowing a crash twice the size has third the probability (or something like that) has little predictive power.

I expect BTC to slowly start to rise towards the end of the year, maybe October onwards. I can see the price ended somewhere between $6k to $8k.

How many out of how many times have your public predictions about these things came true? Just wondering

I’m only going on the last bear market history, which we have followed pretty well so far. On the whole things are much more bullish for BTC compared to 2015, but there is also a lot of other factors like ICO’s and competing cryptos.

I agree though that usually predictions are only to be taken with a pinch of salt, but many people like making them and many like hearing them

Well, yea, it’s a cute game for sure.