This is a very good paper which can help inspire David and the Maidsafe team.

It vindicates the Maidsafe design methodology. 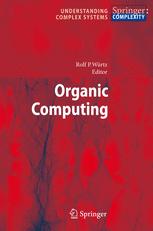 Exploding growth growth in computational systems forces us to gradually replace rigid design and control with decentralization and autonomy. Information technologies will progress, instead, by“meta-de

One key fact to highlight that I’ve learned in my private research is that human designs typically cannot scale. This would explain why Bitcoin in it’s original design does not scale and why there has to be all sorts of stuff built on top of a volatile inefficient blockchain.

Organic designs (bio-inspired) do scale because they are emergent designs which take advantage of evolutionary processes. Ant colony designs are great for routing and to improve on the basic Maidsafe ant colony design it might make sense to use an interactive genetic algorithm to evolve many different configurations/mutations of the original design. Individuals who design electronic circuits or aerospace designs use exactly that method to artificially evolve optimized designs but what is important is that the initial design be bio-inspired in order to limit the search space.

Part of the ‘Self Aware Computing’ umbrella I think.

So they are utilizing Trust and Forgiveness. Smells about as organic as a Monsanto non browning apple to me…but early days and will have a good look at this. Thanks for the heads up

The progress in the field of computer architectures, as can be observed since the beginning of the 60s, will continue in the foreseeable future at the same speed. A doubling of all key performance parameters every 18 to 24 months, according to the generalized Moore’s law will determine the future development.

Mastering this complexity requires a new, oriented more on people than on the technology paradigm.

Computers must adapt to the people and to the respective current situation, not vice versa.

Adaptivity and self-organization are the key skills of future complex computer systems.

Large numbers of autonomous subsystems are constantly striving in achieving a given objective optimization by the user as much as possible. The ability to play co-operation with other subsystems (and the people) play a central role.

Organic computer systems consist of autonomous and cooperative subsystems and work, as far as possible, self-organizing. Self-organization is associated with adaptive and context-aware behavior.

For self-organization include, but is self-x properties:

In the new research area of Organic Computing the social question is examined which properties must have the individual agents so that they can work together in a network.

Cooperation requires social behavior, if it is to be efficient and effective - shows us the game theory.

We believe that trust and reliability have become a constituent part also in technical systems.

In addition to bottom-up self-organization but also top-down mechanisms to control emergent behavior are needed. Here come institutional mechanisms used, as they were introduced for. B. of E. Ostrom in Economics and Social Sciences in the form of “Enduring Institutions”

Emergent architecture can only be controlled by the laws which govern their evolution. The process itself is what generates the outcome and the developer is the “lawmaker”.

Top down designs cannot effectively scale and for something like for example the Internet or for SAFE Network there cannot be a top because then governments of the world will compete to corrupt and co-opt it.

But you can have an evolutionary process to grow the SAFE Network into an ecosystem. I hope what I posted can inspire developers and put everything into perspective for the developers who want to build on top of SAFE Network.

I wouldn’t go so far as to say organic architectures are self aware but they learn from our interactions with them and they evolve. SAFE Network to me is more like an artificial neuro network, a digital brain. It’s something we may someday be able to use to augment our own brain and because it has to be decentralized the engineering of the SAFE Network and it’s design is as important as the Internet.

On the topic of trust I would say the hardware and software components of the information systems have to be trusted. The security of the SAFE Network depends on the ability to trust devices and firmware.

If anyone liked Doursat’s paper there are many more publications:

Self-evolving decentralized systems can be the next layer in information technology. The main layers we have today are: 1) hardware, 2) BIOS, 3) OS, and 4) applications. Few people develop their own hardware today. Few people write their own BIOS or higher level operating system. Many people, companies and organizations today develop applications. Cloud solutions too belong to layer 4 as bloated apps basically.

The next layer would then be: 5) application infrastructures. This will allow applications to dynamically emerge instead of being built manually and separately, silo-style.