Okay, I finally got Poloniex to let me back into my account to see my History. I see my MAID withdrawal in 2016. Where do I plug in the Sent to address? I plugged it into the Blockchain.com Explorer and the correct date came up, but it only shows a very small transaction, and no sign of 20,000 MAID tokens.

Okay, that worked. It shows the full transaction. There’s a Sender Address and a Recipient Address. What else can we tell from this? Any proof that these tokens still exist and may some day be rescued? Thanks.

Well, if you can post the recipient’s address here so we can see if the tokens have been moved from there and if they have been to where they went (for example to Bittrex to be sold)…

They have been moved to this address: 1BbthWvgjMSUcuUPexD4GjJ1ui2YCY6WJU. Then it’s not clear where they went at first glance after that (because there are 4,000 transactions and they need to be reviewed). In the coming days I will do an analysis unless someone does it before me.

@Widestrides the scammer sold the stolen MAID in 2019 in Bittrex.

Here’s how he move the money:

1DUb2YYbQA1jjaNYzVXLZ7ZioEhLXtbUru is the address of Bittrex… Sorry friend, your money has already been spent. The only thing you can do is seek revenge from the scammer… 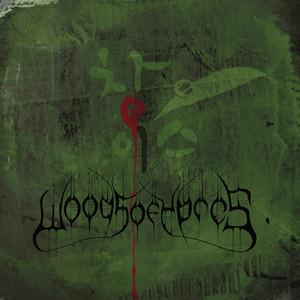 Well, I expected that was the case, so I’m not really surprised. Thanks for tracking that down. Looks like a half a million or more MAID tokens were transferred and I assume sold? on Bittrex? And who knows how many more tokens of BitShares, EOS and others he transferred and sold, Probably quite a bit more than MAID. So, millions of dollars worth, easy. But the Bankruptcy Court is probably only dividing up the office equipment from OpenLedger. Who is going to go after Ronny’s bank accounts or hidden stash of stolen funds?

That is unlikely to happen. Bittrex has a long history of protecting the identity of hackers that have cashed out millions via their service or even drained funds in Bittrex accounts. See Bitmain reference 2 for one example. This is despite Bittrex having always gone way above and beyond other major exchanges when it comes to invading its users privacy.

Knowing who they are, and what they do… I have been repeatedly surprised that it has been tolerated by this community for this many years.

But we have a direct link to the owner of Bittrex

He is one of the co-founders, not the owner. If you get further than multiple multi million dollar lawsuits it will be impressive. Good luck!

Used other peoples stolen holdings to flood the market and also probably drive the price down.
Unbelievable.

Here’s a snippet of the latest I received from the Bankruptcy Court. Looks to me like Ronny just told them Open Ledger got hacked and lost ALL tokens and coins. All of it! You can skip all the legal stuff and go down to Point 5 and 2. 5.2 to read the hacking story.

As trustee of OpenLedger ApS in bankruptcy, I hereby send you a statement of the bankruptcy estate’s affairs and an account of the most important reasons for the bankruptcy.

1.1 Assets
No assets have been identified in the estate.

The above list is preliminary as claims are still being proved against the bankruptcy estate.

According to the registration with the Danish Business Authority, the Company’s objects were “to provide software development services and other related services subject to the manage- ment’s discretion”.

The Company’s executive officer was Thorvald Peder Kristian Ronny Boesing who joined on 20 March 2014 and left on 15 October 2020.

The Danish Business Authority decided to compulsorily dissolve the Company on 16 October 2020 as the Company had failed to submit the annual report for the period from 1 January 2019 to 31 December 2019 to the Danish Business Authority. In the light thereof, the Maritime and Commercial High Court appointed attorney Søren Aamann Jensen as liquidator on 1 December 2020.

annual report was approved at the Company’s general meeting held on 4 July 2019.

off in the spring of 2019. The trustee has received and reviewed the sales agreement and con- firmed that the sales price of EUR 575,100 was set off against the Company’s debt owed to Aetsoft LLC. As a result, the amount never reached the Company’s bank account.

During the review of the specifications for the annual report, the trustee confirmed that the Com- pany’s receivables mainly consisted in receivables from three group enterprises and a receiva- ble relating to the Company’s tax account and a receivable relating to payroll tax. The three group enterprises have either been dissolved or bankruptcy proceedings have been com- menced against them, and the Danish Tax and Customs Administration (SKAT) has proved a claim of DKK 552,000 against the bankruptcy estate. In the light thereof, the trustee is of the opinion that the receivables represent no value to the bankruptcy estate.

During the review of the Company’s statements of bank accounts, the trustee confirmed that the cash and cash equivalents were used in the course of business.

It appears from the specifications for the financial statements that the Company owed the former executive officer of the Company a total amount of DKK 1,979,421 as at 31 December 2018.

At present, claims under section 97 of the Danish Bankruptcy Act have been lodged against the bankruptcy estate for a total amount of DKK 3,016,656.11.

The trustee has reviewed the Company’s foreign currency account for the period from 5 July 2018 to 19 August 2019 when the bank account was closed. This shows several payments to and from the bank account, and, based on the information available to the trustee, they all ap- pear to be operating payments.

The trustee has reviewed the statement of the business account for the period from 29 June 2018 to 15 May 2019 when the bank account was closed. The entries to the Company’s busi- ness account may be divided into two different payment types:

Based on the information available, the trustee is of the opinion that no voidable payments have been made from the bank account.

5 Investigations of voidable claims and mandatory notices to the police

launched in Belarus, but that did not lead to any explanation of where the cryptocurrency had gone either.

However, during the administration of the estate, the trustee has been approached by several creditors of the estate who have informed him that they have lost large holdings of cryptocur- rency. The creditors say that they have not been informed of the cyberattack and that they, therefore, do not believe that it has taken place.

The estate does not have the funds to conduct a thorough investigation into whether the platform was attacked or to verify the information about the cyberattack received by the trustee from the executive officer.

However, when going through the Company’s e-Boks, the trustee identified two letters from the police. One of the letters contained a receipt for the filing of a report of unauthorised access to computer data from Openledger.info. The other letter contained information that the police would close the investigation into the report filed as the police decided that it would not lead to a charge against the offender. The reason for the police decision was that the police had found information during the investigation suggesting that the offender(s) came from India or England and that it would not be realistic to bring criminal prosecution abroad in this case.

In the trustee’s opinion, a further investigation into the cyberattack and the extent thereof should not be conducted as part of the bankruptcy proceedings but rather by the police if deemed relevant by them. As a result, the trustee will inform the police thereof. In that respect, the trustee draws attention to the fact that the two letters from the police identified in the Company’s e-Boks indicate that the police have already investigated and assessed the offence.

The total hours spent on the administration of the estate as at today amount to 13 hours, which have been distributed on the work described below:

Do we know when they were “officially” hacked? We can see if there are movements in their wallet after the hack…

I can’t find that right now in anything I have received. Will try to get it by asking the Trustee.

Just got this from the Bankruptcy Trustee Lawyers:

It is correct that there are no assets in the bankruptcy estate to distribute.

According to the information available to me, the hacking took place in July 2018.

For your information, we will close the bankruptcy estate within a short period of time.

Is there any development on the issue? Lawyers contacted me to delete my post on the subject.

Lawyers contacted me to delete my post on the subject

With links proving the connection of the private person operating the fraud.