Who knows Alex and/or lauda the best?

The BTC escrow from the NVO Slack channel? (I’m banned from there.)

If you continue on this road, be very careful idiots, you do not know in what topic you are expressing yourself.

I hope that David Irvine ends this topic definitively, because I know that the moderators are very manipulated, I have screenshots and all it takes, now, advice to everyone, if you want the good of Maidsafe, stop insulting NVO.

Maidsafe has only 3 months to deliver a project, if not NVO will have to meet the expectations of its investors.

One more polemic and I will make it regret to maidsafe, you have been warned, and nobody insults the team members or the escrows anymore.

because only maidsafe has control over this shit community

I hope that David Irvine ends this topic definitively, because I know that the moderators are very manipulated,

David & Maidsafe has zero control over this topic. He has wanted it closed many times now and I won’t close it.

I am not supposed to answer small shit like you,

f you continue on this road, be very careful idiots

and nobody insults the team members

But its OK for you to do that to the members of this forum?

because only maidsafe has control over this shit community, and I promise you that I could land you very quickly.

One more polemic and I will make it regret to maidsafe,

Some advise here, threats reflect badly on yourself and your team. In fact, by issuing threats about destroying a project, you do more damage to the credibility of the NVO team than all the other comments,

Not personally, but the project and/or the forum is the best interpretation. Normally threats are deleted immediately on this forum, but this topic is a special case. But be sure the moderators are being very careful.

Who knows what gods can do. Fear them.

Lol…better hurry up Maidsafe or else! Better not insult NVO or else!
You already announced you changed direction to try and build your own SafeNet earlier in this thread, so you screwed your investors already, you lied to this community, you continue to insult and make threats.
Don’t try to orchestrate a different reason for you not building on Safe, the reason has nothing to do with Maidsafe, the technology or this community and everything to do with you.
You screwed up your chances here I think.
Well at least we haven’t been as screwed as much as you are going to be when you land in Jail… pretty boy.
I think it is beginning to dawn on you how your reputation is going to be wrecked and your project is now at risk - hence all the threats not to insult (whilst throwing insults yourself) - it’s a defence mechanism really.
Look, I’m going to be all over your Bitcointalk thread making sure everybody knows what you’ve done and what you are, OK.
Maidsafe does not control this community, that would require manipulation, so no point appealing to them - you are just showing how your mind works and how you’ve manipulated everyone.
Anyway, I’m going to address each one of your deceptions one by one in front of your audience on Bitcointalk - whether you find this insulting or not is of absolutely no interest to me whatsoever, nor are your threats to harm Maidsafe (another legal matter there I think).

OMG … just caught up on this thread. Last time I came in here and posted I was being charitable with regards to NVO team and tried to help them. There is a time though when you can see that those you’d like to help are really beyond any help, that’s sad … I mean that. I’m very disappointed.

I regret that I had not come in here before the sale ended and informed people that I didn’t invest in NVO because it was too high a risk for me … I don’t know if that would have stopped anyone - risk is relative to the individual - for me though, I could not justify it.

I would like to weigh in here to the forum mods however. NVO isn’t going to be a SafeNet app - they clearly stated so, even if they are unwilling to change the topic … so I humbly suggest that it is moved to related projects.

To the NVO people … I hope you stop posting here and just move on. What is really the point in continuing this thread? SafeNet will not be ready by the time of your planned launch and thus you clearly have to build on top of another platform or build your own - so no point is there?

For investors of NVO, please use NVO’s slack to communicate with them as further communication here is likely only going to cause more havoc for both the NVO project and for SafeNet.

My three bits. Good luck to all.

Good points Tyler. I agree it’s time to change the category, and with @neo for us not to delete this. It is important for the community, the project, and anyone else researching NVO, @nemgun and @tonbi. Not least for Alex to see!

I want to say, I believe we were mislead and manipulated both by @nemgun and @tonbi. Lots of things have been said, but there are glaring inconsistencies (several already pointed out above, but anyone can go through themselves and find them).

Early on I thought @tonbi is doing his best, but could at least be trusted. But early on he stated that @nemgun was not part of NVO and just helping out a friend (Yanni who was the lead developer), and then we learned @nemgun is a co-founder, doing almost all the core development or managing it, recruiting devs etc. In fact, he appears to be in total control of the project, and finally @tonbi calls him “a God”.

Why @tonbi tried to hide @nemgun’s role I am not sure, but I’m concerned that it might be more than just to try and smooth over those early “language difficulties”. Whatever the reason, it appears to have been a deliberate lie with the intention of misleading investors in NVO - a deliberate deceit in order to ensure they achieved their investment goals, and that completely ruins @tonbi’s reputation in my eyes.

It seems to me even worse than what I’ve seen from @nemgun who seems less aware, less in control of himself, although now someone I regard as very unreliable and untrustworthy.

I would probably not have written this but for @nemgun’s threats just above. But he’s made me face the level of deceit we’ve experienced and be totally honest about what I’ve seen. For that I thank him, but I’m very concerned for anyone who is associated with NVO now, including the team, but mostly those who have trusted them and are still in some way dependent on them.

We just permabanned @nemgun for making clear threats to some of our community members. This topic stays open for anyone to talk the NVO project.

Wow, I did not check the update for one day and things turned out so ugly. Very disappointed by the response from @nemoun and @tonbi.
Not sure what Alex’s opinion about his team. Is he ok to allow this type of communication from his team to jeopardize the NVO and his investors? 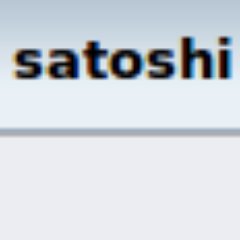 disgusting $maid leader wishing someone else did his job safenetforum.org/t/nvo-decentra…

I doubt it, just this is troll fodder really, many will use it to push their agenda, but I would not bother about all that, it’s easily refuted by anyone who can read. So no worries at all. There’s real work getting done and that is all that matters to be honest

These tactics will have little to no bearing on adoption or perception. You are right David anyone who can read will understand. I’m glad this thread lives for all to see. I haven’t edited anything but one post since the beginning because I personally believe it should be preserved for others.

I hope the escrows can somehow act in the best interest in maidsafe and the investors who only invested based off of NVO’s clearly stated participation in the Safe Network.

@nengum (Imed)'s problem is that he doesn’t know what he’s talking about. His inexperience is evident, we’ve been told all sorts of nonsense by him so nothing he says should be taken at face value and everything should be checked out independently.

I’m just concerned for any investors still dependent on him, and others directly associated, but it appears that @tonbi has either deceived us (see my post above) or is choosing not to contradict @nemgun even when he knows he’s talking rubbish.

Seems your assessment of NVO was spot on.

When is the NVO Escrow ‘Alex’ due to return from his honeymoon?

I invested in NVO because it was to be built on the SafeNetwork. The communication from the NVO team is not something I can accept. If there is any chance of a refund via the escrow agents I would definitely opt out of NVO.

Thank you for keeping this forum open.

Vindication!
NVO stank from miles away. It’s just a shame they raised $7.8M in crypto (value at close). These kinds of ICO scammers are doing a great disservice to the SAFE Network and the industry as a whole.