This past weekend was Liberty Forum in Manchester, NH where I did a presentation about SAFE and participated in a panel about the future of internet privacy. All in all it was a great event and this community seemed very excited for the future of the network and the coming testing phases. @frabrunelle was there too and it was great to see him!

After not having presented in several months, I thought I’d be a bit rusty but it actually turned out pretty well! I had too much content for this presentation and ended up cutting into all of the q+a time but that wasn’t a big deal as those with questions congregated outside the room to follow up. I did a bit of an experiment this time around attempting to explain the mathematical concepts behind how SAFE is structured after going through a slide titled “Not a Blockchain”.

I was gauging how much the audience was nodding or looking confused as hell as to whether I continued going or not… I’d say about 50% of the people seemed to grasp the general concept of the awesomeness that is XOR. I shall refine this pitch to make it simpler. Unfortunately there was no video recorded but audio was, and I gave the slides to the A/V people so they could make a video. I’ll share when available.

The privacy panel was also really great being joined by Alison Macrina from Library Freedom Project and Jeremy Kaufman from LBRY, moderated by Brian Sovryn. We talked about the importance of online privacy and where it’s valuable to give up privacy (Alison and I agreed NEVER for individuals; ALWAYS for corps, govt). One of my biggest annoyances with the Free State project community is their insistence to use Facebook for everything… so I ranted about that for a bit at the end.

There was video captured for this one so it should be available soonish.

And finally… Edward Snowden appearance was epic. There was so much energy and excitement in the room… when he first popped up on screen, everyone immediately jumped up out of their seats and cheered loudly - the smile on his face said it all. There was clearly much alignment with his philosophies and that of libertarianism (he avoided being explicit on his political views other than saying he’s “on the side of freedom”). He agreed there was most likely unspoken, unfair NSA involvement in the Silk Road case and talked about the difference between modern education and how children should be taught to think critically about information and comparing sources on the Internet. He reiterated his stance that he wants to return to the US for a fair trial. As the session ended and everyone started cheering again, he slipped in a “maybe I’ll move to New Hampshire”.

Overall, I think we can depend on a lot of this community to hop on the SAFE bandwagon as testers or when the software is more fleshed out, as users. I directed most inquiries about keeping updated with the project to this forum and was able to get a few minutes on Free Talk Live (internationally syndicated radio show) to give a heads up about MVP release and keeping updated on this forum.

Thank you for a great report that allows us, who didn’t get a chance to join, know how great it was!
I hope to be able to join in the future (with Snoden in flesh, hopefully!).

I was at Liberty Forum, but got to Manchester a little before noon on Friday, so I missed your session. Then I missed most most of what you had to say on FTL. I stepped out of the room, and when I got back, it was almost over.

Anyways, it is nice to see development updates on this forum. I have been doing some research before asking stupid questions. I have been able to find answers to most of my questions, but one thing I am looking for is a roadmap.

I found a blog post that references a roadmap. 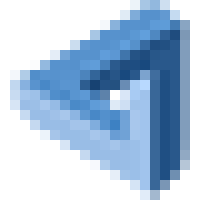 Keeping stakeholders updated with development progress is vital, but can be a difficult to thing to get right. Not only is development of large projects complex, particularly when they span across …

But now the roadmap page says “to be implemented”.

Is there an ETA for the roadmap update?

I also wanted to ask you about dread locks, but this probably isn’t the right place.