This has always been intuitively clear. Now, there is mounting empirical evidence proving it.

a large number of American readers expressed – in emails, in the comment section, at public events – the fear to me that, while they support WikiLeaks’ work, they were petrified that supporting them would cause them to end up on a government list somewhere or, worse, charged with crimes if WikiLeaks ended up being formally charged as a national security threat. In other words, these were Americans who were voluntarily relinquishing core civil liberties – the right to support journalism they believe in and to politically organize – because of fear that their online donations and work would be monitored and surveilled.

Everything unfolds as planned. Carry on. Dismissed.

EDIT: Now, nearly everyone of whatever political tendency would agree with my analogy, and so it is kind of trivial, with state officials hidden in the all-seeing guard tower. That is just any technically competent, overbearing state.

But here’s an added subtlety: In the panopticon model prison, supposing you put trusted prisoners in the guard tower, with the ultimate controllers in a comfortable place somewhere else. Then you’ve got a system of diabolically thorough control that doesn’t look like a prison at all.

“Why, we govern ourselves, we’re FREE!” shout the prisoners.

That is liberal-democracy, with the mass media and various busybodies even including your neighbours, in the watch tower. 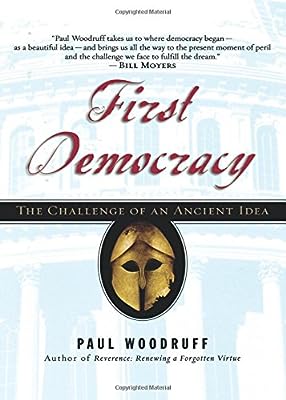 Americans have an unwavering faith in democracy and are ever eager to import it to nations around the world. But how democratic is our own "democracy"? If you can vote, if the majority rules, if you h ...

I love the reference to Bentham’s Panopticon- awesome- but the panopticon was quite effective even without snitches, the guards could leave for long periods and the whole point was the guards were coded into people’s heads due to the uncertainty (secrecy) provided by the smoked glass- the supervisor state.-

but the solution is not the ‘free market,’ that idea is such pure unadulterated idiocy. If you go pure free market you will get something worse than the German concentration camps- Mercantile England was worse if you can imagine it, but not surprisingly we don’t teach that history. And some will say that it wasn’t the pure free market that it didn’t meet the Austrian ideal etc., or that no, a free market came later with actual capitalism, but they are wrong, Mercantile Engand is exactly what the pure free market looks like and what it will always lead too.

The direction on the economic front to go in is something like cooperatives, that’s moving in the direction of bottom up and parity and getting rid of top down authoritarian censorship based structures. This idea that the economic and political can ever, and I mean ever be separated is a pure lie! The economic is just a case of the political, a mere subset. Its only propaganda has people thinking or brain washed into thinking otherwise. With the exception of a possible dictator, knowingly or not when people speak out against democratic power sharing systems they are speaking out against their own share of the power and asking for exploitation. Its like some advocating that they become a slave over a confusion about what the word slave means. Its also the grossest misunderstanding of human nature. There are smart ways to argue about the huge often almost intolerable flaws in Democracy and how its often illusory and people like Marx have done that. But the idea that politics can be replaced with mere economics is on the level of moron, or at best an attractive but incredibly dangerous delusion.

A state proper may be a form of corruption to begin with, but you easily make have it cross a threshold on real intolerable corruption with free market drivel. We’ve done that in the US by allowing conflict based for profit media that exists to lie too the public about matters of the pubic interest. Lying to the public about matters of the public interest should be a felony. Sure its another speech damper but keeping the state out of raw corruption (beyond the fact of its own existence) is a matter 10000x more important than any asinine business consideration like profit.

But we have our scale