New funding for Maidsafe using 'bank to the future'

Will the funding through banktothefuture be open to everyone? Or are there certain restrictions?

From the TechCrunch article:

“They’re planning to do an equity raise next month, via the bnktothefuture investor platform, with the aim of raising £2 million, including for ramping up hiring on the engineering and community outreach front. (A previous £6.7M crowdfunding raise did not end up bringing in anywhere near that amount as many donations were in Bitcoin and the value of the cryptocurrency subsequently slumped.)”

Restriction I believe you can’t pitch for more than € 10M, last I heard 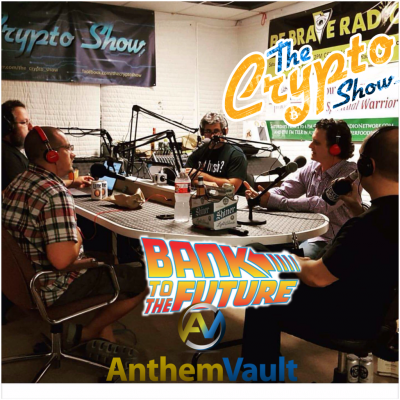 The idea of bank to the future is that you as a “normal person” are able to invest in VC companies. Something that is usually only possible when you invest large amounts of money. Kind of VC crowdfunding. I invested some small sums through bank to the future. You will have to submit ID and such so there is some procedure to go through before you can invest, but that’s nothing too complicated.

You will have to submit ID and such so there is some procedure to go through before you can invest, but that’s nothing too complicated.

Is this open to people in the US and/or EU? I can’t find that many details on their website, will have a look again.

I’m in the EU so yes and I’m sure it’s open to the US as well. I’m sure you will be taken through the process one you click on invest. You could try this with any other pitch that’s currently running.

Me too. In the ‘old world’ before it was possible to invest in protocol tokens all of the value was created at the application level, by data collecting monopolies like Facebook and Google. It’s going to be very interesting then to see whether this gets replicated in the ‘new world’. My intuition is that the network effects and therefore most of the value get created at the protocol level as it will be much more difficult to extract value by using other people’s data. Early days yet, but this has certainly been true so far in the Bitcoin space, where the ‘protocol’ is worth a lot more than any single company.

Is this open to people in the US and/or EU? I can’t find that many details on their website, will have a look again.

Bnktothefuture is generally open to both, though the Factom raise was blocked for US citizens for some reason. Really hoping it’s not blocked for the MAID raise …

Any member of BnkToTheFuture.com is able to make a donation or back this pitch in exchange for any rewards listed on this page in accordance with our terms and conditions. However, this pitch may also be offering shares in the company to sophisticated, professional, accredited and high-net worth investors who register and pass our compliance process.

So you can back the pitch in exchange for certain rewards and only invest to get shares when you’re sophisticated, professional, accredited and (have a) high-net worth.

I'm not a high worth investor. You will have to answer some questions about investing. I'm pretty sure it's mostly so that they are covered in case you complain later about not being properly informed about high risk investments.

I’ve invested in several pitches on there, don’t worry guys, it’s very easy and you all qualify because you decide if you qualify or not

You basically have to self-declare as one of three types of investor (choose the one that fits you most closely). That’s it. It makes no difference which one you choose or how true the information in it is, it’s just another example of stupid worthless bureaucracy paying lip-service to ideas that have no place in practical reality. Just tick the box saying you are worth a few mill, job doneski. It’ll probably be true in a year

Lol @ the thought of David and Nick having to record those cheesy pitch videos they’ll need for the investor page. Sales, shudder

I’m a little confused, there has to be more information to come.
20% of shares were sold in the early days to fund development , 50% went to education and innovation and 30% to the staff.
Where are the shares coming from.

I don’t know, but any company can always issue more shares.

Dilution but you need majority. I think. I don’t know either.

Edit. Probably not hard to get a majority vote on dilution when 50% is a charity you started.
All wild gueses. Interesting times

, how it works in UK ltd companies is you need a special resolution to issue shares (although the notion of share allocations/allowances altered significant a few years back). That means every shareholder has to have a say in whether the company should issue shares to fund itself (only way possible for pre revenue companies). The trick is to always bring in more capital at a higher valuation. So it is dilution, but should be something like 5% dilution for 50% increase in value of shares if you get it right. We generally have done. Many get hooked on % they hold as opposed to value they hold.

So in a normal memo and articles of association you have 3 main equity breakpoints.

10% minority protection
25% right of veto (can vote down anything, this one is dangerous)
75% full control

In our case we also altered the M&A to include tag along and drag along clauses plus removed pre-emption requirements as we funded in a continuous fashion (pre-emption will likely be re-implemented now as funding has moved to more traditional model). We have a special resolution to allow selling of up to 20% (around 6.5 already was) so there is scope there for a round like this without any hassle.

Initially I also removed the right of the board to terminate appointees as I had full control, so passed this to shareholders with me only having a single vote. This is not the case any more though as the board is now a traditional board with default M&A articles as per the companies act 2006 (a 1200 page monster) .

What we have always stuck to though (and I feel this is vital) that we only issue ordinary shares, so no preference shares or new class of shares where early shareholders can get screwed. We fight like daemons to make sure the early supporters get the full rewards they deserve and new shareholders know we will also do the same for them if there is another round. It’s tough, but when investors realise this protects them going forward then it’s prety powerful as it’s simple honest and fair.

Anyway it’s good to be aware of the make up of any company and where there have been changes, ,especially those that are in shareholder interests (like tag and drag etc.). It just makes the company work more closely in the shareholders interests and protection.

I look at it like this, I paid £XX for a share and now that share is worth YY times that initial £XX. So the value is higher, but the % held is less. The foundation absolutely would not vote how I want, in fact they would not ask me and I would not want them to. Their purpose is education and innovation and that means at all costs really. They need to stay very focused on that and whilst they see MaidSafe as attaining income and value then they will do what they consider best.

@Jabba yes I had to do those pitch video’s, not easy as they are strictly scripted and I am not that kinda guy , I much prefer to shoot for the hip I am afraid. Never the less it has to be done

Hey,
Just heard about this funding, but I searched on banktothefuture site and haven’t found it
how can I participate on this? for How long will it be available?

Not for a few weeks yet, but you will hear about it for sure

thanks. I was not around for a While but now I’ll come everyday

I wish I was smarter but these are the brains I was born with.

Most are answered in pitch, won’t divulge right now. Q5 is not, but it should enhance existing holders as the company is better funded and therefor resourced. All in all it’s a very clean clear and usual business proposition, with what we believe is a compelling future. Lets see tho