Tesla could be about to make the same mistake with the Model 3 that it did with...

A simple design, using the same basic materials as everyone else in the business will make the Model 3 mush easier to build at scale.

That is too cool and I didn’t see it coming. Model 3 is heavier as its made steel but this and the new 2070 power cells might kick up the range. Also its coming out that current Tesla batteries are good for 500k miles and counting. Powerwall 2 has life time recharge cycles. Finally today I saw ABB has a 15 second inuctive over head charger for commercial buses. Seems bus would charge at each stop. Could they cover they whole car in solar glass? 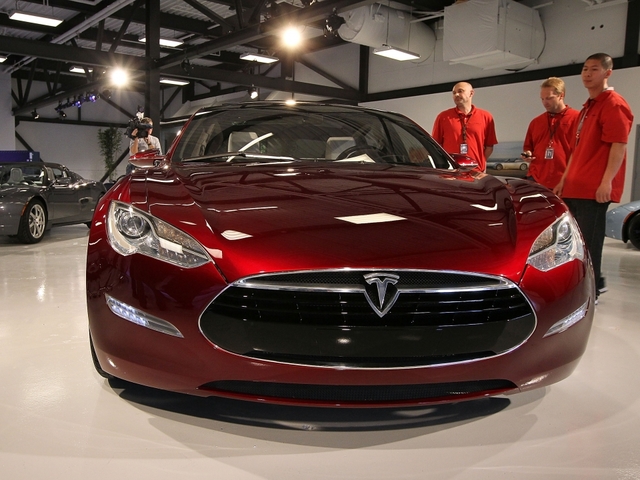 The future of driverless or “autonomous” cars is getting ever closer for Ohioans, with many car companies expecting to produce self-driving cars by 2020.

Imagine the threat Tesla presents to oil/petrol. Over the tech Tesla wants to unleash it faces a profitless future for ever which will make it a dead industry over night, as the red would stretch out indefinitely. I saw an estimate that just the solar roof on the the model 3 could add 5kw a day- that could be 20 miles in a lot of climates. Then take the idea that autonomous cars are projected to reduce the number of cars on the road by 18x. That is huge terminal reduction for oil.

But let me point out a more profound threat from Tesla. It wants to produce cars in a factory 20x faster because it is human free and with higher quality. Self driving cars and human free factories. This drive home that a high guaranteed annual income for everyone is the developed world is a necessity. No work means no employer class. And that is a problem for the employer class. Cutting oil is already a huge hit to the prime money source behind the culture of global wage slavery and a huge cord cutting independence foster-er but these other things get rid of the denial around the phony work place which largely consists of jobs that could be automated out and waste that could be eliminated or torturing people with unnecessary, redundant obsolete paperwork.

The strategy seems to be: elect a demagogue, claim electric cars explode, claim their needs to be acceleration speed limits or power limits (make ICE look competitive) and ban autonomous vehicles and of course kill Tesla because it will do robot factories. You will also seem more attempts to punish solar roof owners and attempts to claim that petrol investors have an absolute right to profit enforced by the government at the expense of everyone else.

To put this in perspective. Musk as has said, he thinks some kind of guaranteed annual income will be inevitable but at Tesla when some one automates their job they find them another one likely more interesting. Obama was asked and he said it is a conversation we will be having over the next 10 years.
The British Labor Party sees it as a bigger concern than Brexit, and ironically its an idea that comes from the conservative side. If its Trump and he acts as expected Musk may have to be public about the situation and abort the company and start up again with Panasonic but Japan seems still strapped to oil.
And by being public more clearly than any CEO ever has he has to point out their BS, their motivations and what is at stake beyond the climate angle but not forget the climate angle.

I hope the rest of the world remains serious about climate (and getting rid of oil) and tells the US they won’t trade with it until it reboots on climate, assuming Trump goes that way. It is funny that they go after Tesla so hard. Its the best car maker in the world right now and its in America, possibly the best company on Earth by most measures and it actually has a mission beyond profit. You’d think they’d be happy about this. Imagine them trying to kill Apple. The US now has the top car maker and the top CES company, but they are trying to kill their car company.