Possibly. I think he might have said it somewhere else too.

This wallet split on 8/21/2017 just few days before alpha 2 release. Since there was a dump, that owner did not sell it, and moved them to back to a single address. Than he deposit all those 34 million coins to Poloniex on 11/8/2017. So it is a week alredy since he moved 34 milions of MAID to Poloniex. I think this is a sign of something. Either big dump or big pump. I hope he dumps everything so we can move on later.

This address is his Poloniex MAID deposit address. When looking at this address you can see all his deposits from any of his holding addresses.

From this address Poloniex then moves it to their hot or cold wallets.

Good spot though. Maybe we will see a drop over the next month. But $$$ wise MAID is still holding its own, even if being depressed by that big hoard being sold.

And top 4 is your accumulating whale.

I wonder if its one of the 2 from here

lol, but im long in BTC at the moment, plan to literally sell all my BTC back into MS soon and hold long never touching again until well after full release

Is the high price of bitcoin a bit worrying from a micro transaction point of view. The little guy who wants to spend under $50 is getting hit with network costs? Take a look at the following link.

Bitcoin is a gateway coin to other alt coins, was chatting with someone who want’s to buy a small amount of safe… but with a high transaction fee, small buyers are being deterred and priced out.
Bitcoin is heading towards being a toy of the rich, and as a gateway coin - purchasing of altcoins like maidsafe is going to get hit a little?

And look at the screen show at the following link, an example of someone with bitcoin dust but cant move it.

I totally agree, but I rather have that you start the topic, IMHO people who write code can really make something happen, instead of people who write ideas. Btw funny that you responded to this, just yesterday I listened twice to your interview with @fergish to understand “eventsourcing” better, thanks for that.

Yes, imagine if your could pay with every ERC20 tokens on every Ethereum dapps out there, this would create instant liquidity for all ERC20 token holders (a real wo…

One of the big reasons for bitcoins existence is slowly eroding.

It might mean disproportionate fees for anyone buying small amounts (so don’t, wait until you’ve saved up a bigger chunk), but slower, more expensive transactions won’t be the reason btc loses it’s spot at the top (if it does).

I like this chap’s logic. Btc can still have great value while being a terrible medium of exchange. 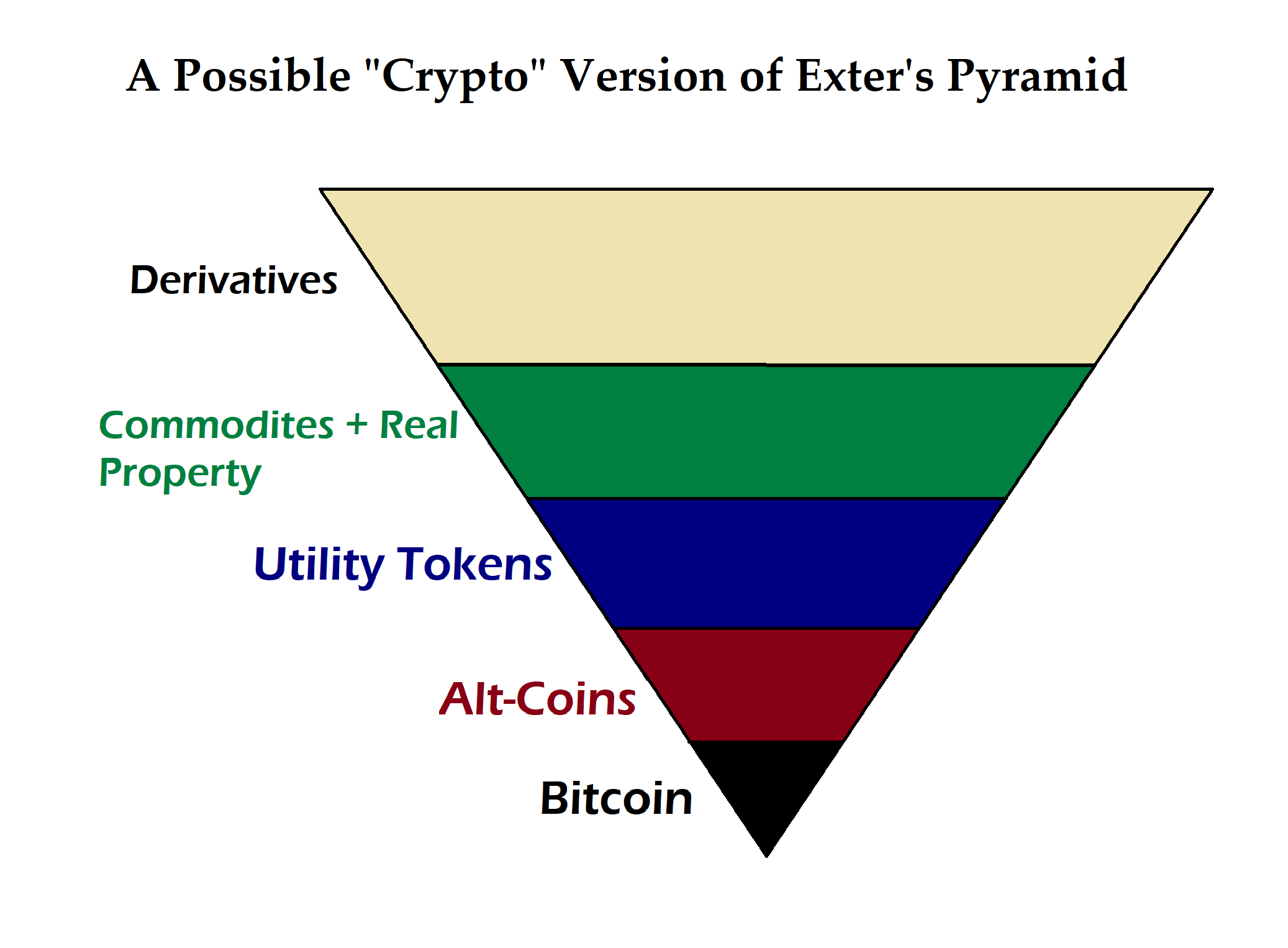 Bitcoin is back above $7000 as I write this after an enormous bout of volatility surrounding the failure to implement a protocol upgrade known as “Segwit 2x.” Segwit 2x was designed to improve Bitcoin’s functioning in real world applications. There...

It might mean disproportionate fees for anyone buying small amounts (so don’t, wait until you’ve saved up a bigger chunk),

If people are buying with localbitcoins then they can simply buy as they need and then transfer the BTC bought over a period to their own address when they have enough BTC. This is for those buying small amounts of around 100$

Yea, I was going to mention them. A LocalBTC-Bittrex combo is the solid route imo. Until we have OTC for Maids too (c.2020).

I’m still amazed (almost) no one I know has heard of them, and people still use CB.

Could you clarify what is better than CB? Localbtc?

Could you clarify what is better than CB? Localbtc?

Depends on your needs and/or preferences. For localbitcoins which I use, you have a choice of people who want to buy or sell BTC and you choose one of those traders. Localbitcoins.com provide how many trades the traders have done and %age of how happy people were with their trade. You can do bank transfers, cash deposit to the trader’s bank account or even cash in person.

Not necessarily. They could have moved for a few reasons. They could even be used as margin leverage for a big manipulation play in any number of other coins. These guys are market makers, so it’s always tough to try to guess their game.

One thing I’ve learned in crypto is things are rarely so obvious. If I had 34M coins and wanted to sell them quickly or manipulate that market I’d have spread some to Bittrex and others too. There’s nowhere near enough volume to sell that kind of quantity on polo alone, even over a few weeks. None seem to have been sold yet. I’d be wary of making assumptions personally.

I know both Antifragile and Jabba know the game so this isn’t news to them (more for anyone new reading this thread) but whatever move this individual makes there isn’t really too many long term scenarios that hurt anyone but the traders and panic sellers so for the most part as followers/believers we’re cool.

The direction they are taking with the 34 million, shorting, dumping/pumping, manipulation etc meh it’s fine tbh for any hodlers, just a bump in the road nothing more.

If they choose to dump stronger hands eventually collect most in the mid term at a cheaper price. Nature takes it’s course I guess.

Maidsafe if they are smart (and I think they are) have benefited from the boom this year as well as diversifying their assets so a lower Maid price shouldn’t be more than a short term blip for them should a sell off happen.

It’s likely this same individual will return when the project is de-risked with more capital (seriously if this dude is a VC who wouldn’t want to punt on this project) which we all would benefit from.

I could be totally off the mark but there is a really awesome buying window now for people that have come into the project in the last 12 months. To reach Alpha 3 the team have a number of difficult tasks ahead of them which are hard to explain to someone not versed in engineering/coding. I have 100% confidence the team will smash it outta the park but keeping our feet on the ground most likely we aren’t suddenly going to be knocking on the door of testsafecoin for a good chunk of next year maybe longer (solely my opinion but a genuine and honest one),

So as a holder how do you lose by these 34 million being messed/played with?
A dump = add to the bag, price doesn’t matter to you if you are a holder and a supporter
A pump/dump = par for the course for MAID in many ways, long termers in crypto are used to it and it has noting to do with the end destination for us so meh weed out the
loose hands that’s fine tbh.

Maidsafe have only recently indicated they have a comfortable funding runway to release, sooooo the only people that will really get burnt by these big numbers moving around are panic sellers or traders and as a supporter and long term hodler i’m chilled with both/either being burnt (sorry if your a trader nothing personal).

I guess the one issue is how would we continue to attract people to develop on the network when your missing the price action to draw them into the project. Hmmmmm, well that’s a question that likely doesn’t have a clear defined answer just for now.

Interesting times ahead for sure…

Price action is a form of marketing isn’t it?

Crashing hard, recovering hard, cycling through these phases will generate interest in one target of person type.

Interesting to see the shift in BTC market in this pump. Most of the volume and pressure seems to be coming from EUR and USD trades, The Koreans seems to be holding it back a little this time and KRW exchanges are lagging by >$100.

Not far off the $250bn total crypto cap now?! >3% of gold. The real flippening is getting closer and closer

I think CME futures launched their test markets today. I don’t see any slow down coming to crypto for a while personally. HODL as much as you can of whatever you can for now I reckon

It doesn’t appear that MAID will be pumped anytime soon. If anything, there is a lot of demand for BTC right now and less for alts in general, MAID included.

Warren Buffet earned billions and he never ever cared about trends. He just buys high value at cheap price and wait. That is all.

I bought all my maids when ethereum was below one dollar. Today I would be a millionaire if I had bought Ethereum. A little frustrated. I have not sold any Maidsafe I hope that we reward loyalty.
Fortunately I have some btc and I have acquired Iotas at a good price … Let’s see.

Same here. I had many thousands of ETH.
Don’t be too hard on yourself. When ethereum traded for 78 cents, how could you have ever predicted it would reach 400 dollars and get so close to matching the market cap of Bitcoin?!